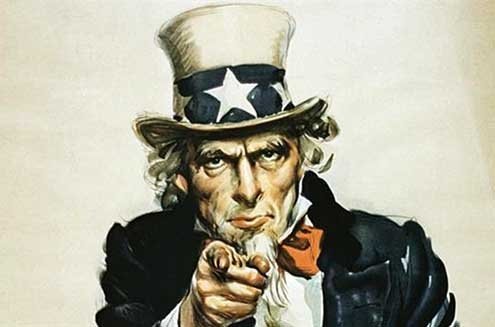 Uncle Sam's halcyon days may be coming to an end.
I

f in fact it is true that the United States has limited time left as the world’s lone hyper-power, should it — instead of worrying about trying to conserve this primacy — focus on making the most of its dwindling global sway?

Unmistakable signs of diminishing American clout are everywhere. In Syria, Iran and Russia have collaborated to counter U.S. influence in the Middle East while propping up the regime of President Bashar Assad. In East Asia, the U.S. has struggled to convince China to pressure North Korea into freezing or abandoning its nuclear program. In Europe, trust in the U.S. has declined since the election of Donald Trump, and a pro-Russia and anti-EU order — illiberal to the core — is making clear headway in countries like Hungary and Poland, new bastions of neo-nationalism.

Yes, the United States remains the world’s hegemonic power. It has molded international institutions —from the United Nations to the World Bank — to favor its interests and its preferred world order. The U.S. dollar is still the world’s reserve currency, and its financial system and New York itself remain central to the world economy.

Yet U.S. primacy is slowly slipping even in these traditional domains. China is among a number of nations either frustrated by American untrustworthiness or unwilling to tolerate the requirements of participating in the U.S.-led world order. Beijing has created parallel institutions, including the Asian Infrastructure Investment Bank (AIIB), hoping the bank and others like it will eventually serve as global sources of capital. Similarly, its Belt and Road Initiative aims to bind countries across Eurasia, making China central to their view. New global financial centers are springing up in places like Shanghai, and new crypto-currencies like Bitcoin may ultimately make the world reliance on the U.S. dollar obsolete. Even Europe, after finding itself alone after the U.S. reneged on major commitments, the Paris Agreement is a case in point, has begun to look to China as a partner on climate.

Taken together, these trends suggest in almost inexorable terms that the United States will lose its undisputed worldwide primacy within the next 50 years. If this is the case, should Washington be changing its approach to foreign policy? Should U.S. leaders make more decisive use of their superpower tools now, knowing their availability may well be short-lived?

One such tool is sanctions, which rest entirely on U.S. primacy. So long as the United States, New York City, and the U.S. dollar are the central nodes of finance, banks will need to comply with U.S. directives. Iran is a good example. European banks, after years facing large-scale fines and repeated U.S. warnings, have curtailed interactions with the Iranian financial system — even in cases where the letter of the law allows them to operate. Access to the dollar and the U.S. financial system is of greater significance to them than potential Iranian opportunities.

If anything, the U.S. has been too effective in wielding this power. International institutions were so afraid of being cut off from the American financial system that they stayed away from Iran even after the nuclear deal, when it was actually in Washington’s best interests that Tehran experience some economic benefits from reengaging with Europe and the United States.

It may seem that the U.S. has already been profligate in its use of sanctions. Washington has imposed them on Iran, North Korea, Russia, Venezuela, as well as a slew of individuals for a variety of infractions. But U.S. policymakers have sought to limit their use. In any of the cases named above, hawks have called for more stringent measures. Instead, policymakers have consistently worried about being too broad in their use. As then Treasury Secretary Jacob Lew warned in 2016, “if [sanctions] make the business environment too complicated — or unpredictable, or if they excessively interfere with the flow of funds worldwide, financial transactions may begin to move outside of the United States entirely — which could threaten the central role of the U.S. financial system globally, not to mention the effectiveness of our sanctions in the future.”

As American primacy slips, these concerns may become a thing of the past. But even if it chose to take fuller advantage of sanctions, where’s the wish list? There is none. In fact, there is no clearly delineated set of priorities where the U.S. could conceivably act unilaterally. The U.S. could certainly impose sanctions on a series of regimes in developing countries. So far, Lew’s warning has acted as a caution. No one has wanted to further damage America’s still-central role.

But if the mad dash scenario comes to pass, sanctions included, Washington could still throw caution, and the business environment, to the wind.

Yet squeezing dictators in small countries doesn’t exactly rise to the level of grand strategy. If American policymakers eventually decide to go throttle, they’ll first have to identify just what it is the U.S. really wants.

Truth be told, however, that’s something a hyper-power should already have memorized.