Waking up the north 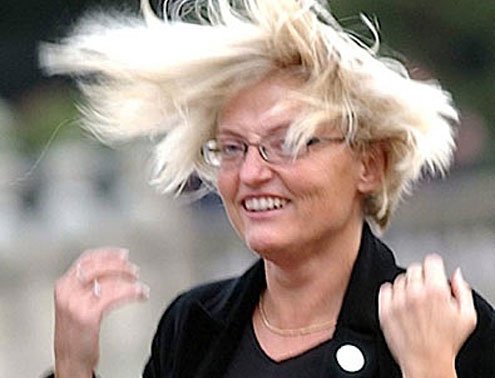 y sister has just moved to Italy. She works for the Swedish clothing-store H&M, which recently opened two new stores in Milan. She wants to be a part of the company’s expansion in Italy. Swedish efficiency married to Italian passion. What a combination! I say. What a life!

“Well, actually, things are a bit chaotic over here,” my sister says on the phone. “Over here, everyone looks so impeccable. They all look so serious. But they are not! Everybody is just flirting all the time. Nobody is serious in Italy.”

My sister is beautiful. And beauty opens a lot of doors in Italy. In Sweden, the country of our birth, female beauty is almost suspicious nowadays. In a country that prides itself for having the greatest equality between the sexes, the Miss Sweden competition has just been abolished. It’s the revolt against patriarchy, and anyone arguing against that over here would be considered insane.

So here I am in Stockholm, this cold beauty on water, where nobody flirts and where people are very serious indeed.

One thing that doesn’t work in Sweden, however, is the protection of government ministers. This became painfully apparent when the foreign minister Anna Lindh was stabbed to death last autumn in a department store. How is it possible, the world asked, that such a thing could happen? A year later, at memorial ceremonies commemorating Lindh’s memory, Swedish media announced that eight out of 10 ministers in the Swedish government still have no bodyguards. More than 200 years of peace in this country has taken its toll: Swedes simply don’t think that accidents and catastrophes happen to them. (They should, though; a prime minister, Olof Palme, was shot dead as he walked home from the movies in 1986.)

While high-ranking officials in Italy and in other countries in Europe would consider bodyguards a sign of status, Swedish officials are proud to be like regular citizens. And not even the murder of the foreign minister can change this deeply rooted vision that the Swedes have of themselves. In a country that practically invented political correctness and where equality of all kinds has been the main theme in politics for the past 50 years, being “the regular guy” is the only image a Swedish politician simply cannot do without. Sweden is a safe country where equality of races and sexes reigns in splendid harmony. The question of whether this vision corresponds to reality or not is somehow of lesser importance. To shatter this vision is to shatter the Swedish model itself and not even the Lindh murder really woke the Swedes up from their sweet sleep.

Working at a Slovak embassy in Stockholm gives me yet another perspective on Sweden and the Swedes, in which post-communist Slovakia meets the self-proclaimed northern promised land. When Lindh’s murder came up in the news, the topic of debate was whether the murderer should be sentenced to prison or to psychiatric care. This made my Slovak friends laugh. “Seems to me that over here you do exaggerate democracy a little no?” they said. “Over here you can go and murder the foreign minister and then say you were so sick that voices told you to do it. And then you get psychiatric care on top of it! In Slovakia they would have hung him on the spot!”

Working at the embassy of your parents’ native country, Slovakia, a country that didn’t exist on the European map until 1993, confronts you with the enduring question of national identity. When my parents left Czechoslovakia in 1968, fleeing communism, they left the same country Andy Warhol’s parents had abandoned many years earlier. Asked where he was from, Warhol famously said, “I come from nowhere.” Slovakia was a literal land of nowhere then, a piece of Czechoslovakia, which in turn was an extended part of the Soviet-controlled axis. Now, it’s the true, geographic heart of Europe. In the coming decades Europe will reincorporate places that communism cut off. Cities such as Bratislava, Ljubljana, Budapest will begin to make news. Slovaks, along with the other countries from the former Eastern bloc, want to be part of the West (including its wars).

Slovaks remember dictatorships and combat, Swedes remember neutrality. In this sense, Slovakia will eventually end up closer to Italy than Sweden, which risks becoming that country far up north, largely isolated from European affairs, nostalgic for a “safer” era. What it will take, in terrorist times, to make that illusion go away is by itself a frightening thought.

Andrea Chalupa is a freelance journalist who lives with her husband in Vienna. Born in Sweden to Slovak parents, she is a true European. She speaks fluent Swedish, English, French and Slovak. In 2003 she lived in eastern Slovakia and wrote about the Roma (Gypsies). She lives in Vienna with her husband and misses the music and laughter of the Wild East.