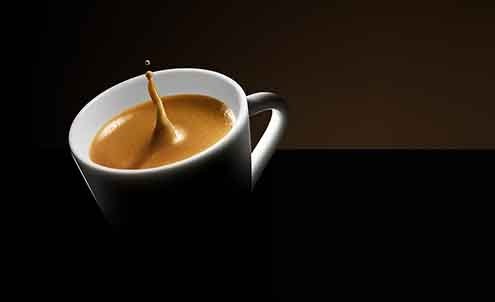 The essential smell of strong coffee in the morning.
W

hen I first fell in love with Italy, the one thing I missed when returning to the United States was the early morning smells of roasting coffee and window cleaner — that alcohol perfume used to prepare store windows for shoppers and present a bella figura to the neighborhood.

The exquisite odor emanating from Tazza d’Oro’s cafe huge roasters around the corner helped lure me onto the streets each day. That and the anticipation of a ristretto — a short shot — with just enough sugar to seduce the coffee into a perfect marriage of bitter, sweet and a tiny bit of sour, depending on the roast.

But the power of smell went well beyond Italy. My husband gets up a few minutes before I do. At a certain moment, I’m overcome by the delightful odor of Roman espresso as it wafts up the stairs, jarring me out of bed. That and the buttery smell of hot oats bubbling and the sharp scent of just-squeezed oranges, the rinds throwing off their exotic oils into the morning air.

Smell has always been important to me. The morning scents of coffee, tea, traffic, smoke, street sweepers and the way they merge is enough to give reason to a city day anywhere in the world. Coffee in all its forms is my Proustian “madeleine.”

When I was a child, I often spent part of the summer with my grandmother. I remember the scent of her fresh fig jam simmering on three burners. I recall the rich aroma of kolaches filled with poppy seeds and the smell of the apricot jam baking in her huge oven. There was also the blooming wisteria (glycine) just outside my window.

The combination was so overpowering that I all but leapt out bed to rush to the breakfast table. No one had to make me eat — I loved everything she cooked, including the squirrel stew that appeared one morning, perhaps a little too early for a sleepy nose.

During a summer visit to Provence, I ran immediately to the local market to buy a small Cavaillon melons that I placed on out hotel windowsill to ripen overnight. When I awoke I thought it must have fallen since the room was so permeated with melon-ness — and oh, what a mess to clean up! Instead, we ordered ristretti and feasted shamelessly on our treasure over a large bath towel, cutting off chunks of perfection with a pocketknife and slurping as kids do with watermelon at a country picnic.

There’s nothing like the smells of coffee and melon to get you into your walking shoes. Not a summer passes that I don’t long to bring back that Provence dawn, the sound of cicadas and the sun making everything the color of our Cavaillon treasure.

My nearly 100-year-old aunt Bittie in Arkansas is still a morning person. She dresses and bathes and, though a bit more slowly than before, heads for her kitchen and the electric drip coffee maker. No espresso for that lady. No caffè latte, or decaf with skim milk, or that watery colored liquid so many Americans call coffee. Bittie measures out her Maxwell House (I’ve never seen any other brand in her kitchen) with heaping scoops and throws a couple in for the pot. And the show begins. We, in the guest bedroom, are snapped awake by Maxwell House’s magic, ready to stand at attention if not salute.

Once around the breakfast table, the first sips animate us. After which we watch, mesmerized, as Bittie continues her coffee awakening with two more cups of that blasting brew.

A ristretto has nothing on that elixir, which I’m sure has contributed to her longevity. (That and a glass of white wine at 5 p.m. daily.)

Over the years, we’ve bought machines by Gaggia and Saeco and others in our ongoing quest for a perfect day’s beginning, even bowing briefly to the old standby, the two-part mocha Italian coffee maker that’s too often forgotten on the gas flame and sends off a sharp, compelling odor of charred coffee beans.

But I treasure even that seared scent, shocking me into action with the threat of an impending explosion. I know a sweet new day has dawned, its smells already in the making.