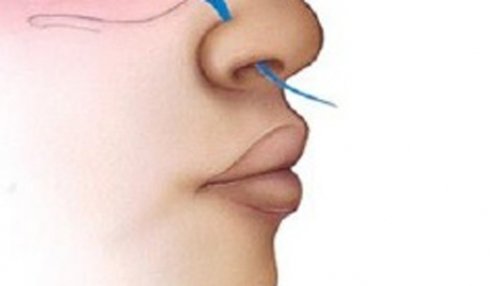 he watched him stride down the block, smiling. He walked to a smooth and steady rhythm direct to where she sat at a sidewalk café in a quieter corner of Cornelia Street in the West Village.

He moved in his own lane, undeterred by the faces and colors around him, as if the world had frozen into a blur and she was all he could see.

He planted a strong palm on her face and kissed her cheek hello.

They ordered a bottle of wine and watched as most of it sat untouched in glasses that sweat in the late afternoon sun. They ordered dinner, and it too remained mostly on its plates. Their conversation flowed and she felt the heat rising behind her cheeks.

Every once in a while their bare knees — it was summer — would brush or bump under the table. She delighted in this first discovery of warm skin and the soft spray of hair.

He kept his glasses in a front pocket and pulled them out only occasionally, for emphasis during a conversation or to more closely inspect the dessert menu, or the tops of her hands, which he described as possessing vintage femininity. Something about the softness and understated care of her short, pale pink fingernails brought to mind a pin-up girl or bygone starlet.

She watched his eyes glint from green to golden brown and decided she could settle for dark eyes as long as they sparkle. The red bumps on his chin betrayed his attempt at a clean-shaven aspect in a way that caused her to wonder how he might look with a beard at varying stages of growth. This set her to thinking of his look throughout the seasons. Autumn in plaid, maybe? Would he wear a wool coat and scarf or was he the sportier type? For a second she pictured them arm-in-arm trudging trough a snowfall. She could hear the crunch of compacted snow under their boots and imagine their rush to enter her warm apartment, to toss their clothes on kitchen chairs and run to warm themselves between flannel sheets. She liked the look of him in winter.

Midway into their second bottle of wine he noticed a slight slur to her speech. It wasn’t so much inebriation, but rather it seemed she was allowing just the right words the time to find themselves. He found this charming.

She caught his gaze and smiled into her lap.

He asked for the check, and when it arrived he slipped his card to the server without looking at it. He weighed the implications but during the process of these delicate initial exchanges, he preferred assuredness to accuracy. He hoped she did too.

She asked if she could leave the tip, “or something.”

She liked the sound of that and told him so.

He rose to help her out of her chair and they made their way toward the sidewalk. He wasn’t much taller than she was, but carried himself in a way that made it clear that he didn’t see the world in those terms.

They linked arms and rounded the corner. Once out of the glow the streetlights he pulled her closer and kissed the top of her head. They moved toward a shuttered storefront where he planted himself between her and street. She felt the still-warm glass window against her back and allowed her body to soften in his arms. He kissed her again, more deeply and sustained.

She burrowed her face into his chest and inhaled deeply. He smelled familiar. She inhaled again to be sure and pulled back slightly.

“Are you wearing cologne?” she asked him. “I recognize this.”

He pulled her close and brushed her lips with his. The bristle around his mouth stung a little.

She inhaled again. The glint in his eye flickered out. The warmth of the wine, the allure of his naked knee under the table, the confidence in his carriage — all of it faded and fell to floor.

She squeezed her own eyes shut and willed herself to smell anything else. The flowers in front of the corner deli, the sun-warmed bricks, the garlic and sweet oregano from the dollar-slice pizza stand down the block where the first swarms of beer-drunk university students gathered when the pubs shut down.

Anything but the vetiver-stained wrist against the back of her neck that she desperately wanted to want, but suddenly could no longer. Anything but the steely scent of him and all who came before him, sealing his olfactory fate.