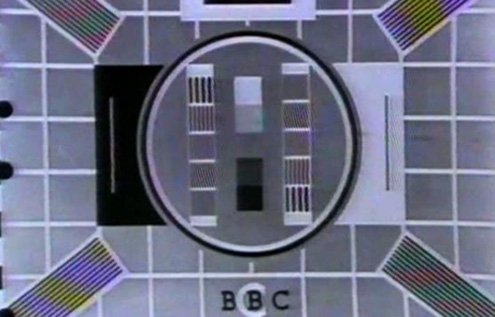 Why won't something happen?
A

s a child, I had a fairly limited television feast to look forward to. Yet we kids still managed to spend an inordinate amount of time glued to our black and white portable watching “Zorro,” “Alias Smith and Jones,” both American westerns, and more wholesome fare such as “Blue Peter.” We’d even just sit and peer at the test card, hoping something would come and relieve our boredom.

There’s something mesmerizing about TV. It’s always seemed to me both a balm and curse. But the world has changed since I sat around in front of test cards waited with my siblings to be entertained. My kids can now access any television they want, whenever they want. The online universe has changed their lives, and mine.

I must confess that while writing this I checked to see if I could find “Alias Smith and Jones,” which sent me on a very enjoyable trip down memory lane. I often berate the children for watching too much of the same shows. I also bore them to death about how my generation would rush back from the park to catch the weekly episode of “The Wombles” (a bit like “The Banana Splits”) or, as a nation, we’d rushed home from whatever we were doing to find out who shot J.R. on “Dallas.” They predictably look at me without interest or comprehension.

We recently got a month-long free subscription to Sky. This exciting development, though it wouldn’t last long, seemed sure to usher in a new family order, complete with giant screen. TV would never be the same – at least for a month.

So why was it such a disappointment in the end?

Maybe because when you’re the master of what you watch and when you watch it, you’re also the master the pause button. That means you can tailor your viewing schedule and never miss a thing. You can wait to watch until it’s raining or just feel like relaxing. You can stay in the park that little bit longer without missing a thing. If your mother beckons you to a delicious supper you don’t need to feel torn. You simply put your TV world on hold.

While I admit that waiting for the next “Dr Who” episode as a child was the source of pleasant anticipation, I also remember that I had to watch at a certain time (or lose it). With Sky around, that idea seemed restricting, constraining, if not a little absurd. At the same time, the amount choice was almost suffocating. You can’t pause 10 shows at once, or maybe you can, but it can’t possibly make the brain happy.

Suddenly, there was no more pause button.

There was no more choice.

We went back to being a family that bickers over what to watch on the computer.

Amazingly, though, we’re a much happier lot.

So much happier that often we just turn everything off and play cards. That’s progress.