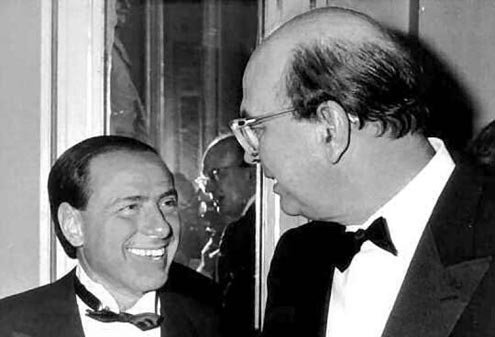 ommentators in Italy and abroad have expressed near-universal surprise and incomprehension regarding the outcome of Italian national elections. The party that was widely expected to win, a center-left grouping led by veteran Pier Luigi Bersani of the Partito Democratico (Democratic Party), was all but overtaken by a rightist coalition led by disgraced former Prime Minister Silvio Berlusconi, including the old tandem of the People of Liberty (known by many names over the years) and the Northern League.

The Movimento 5 Stelle (Five Star Movement), a new and upstart party led by actor and comedian Beppe Grillo, “came from nowhere” to earn more votes than any other party, a major surprise. The centrist coalition led by outgoing Prime Minister Mario Monti, much lauded by the European Union for more than a year, picked up barely 10 percent of the vote.

The result yields a parliament in which none of the three groups has the support necessary to govern outright, let alone deal with long-needed reforms. Some fear that Grillo’s wild-eyed neophytes — or so they’re perceived — will upset an already fragile political system and that the parliamentary deadlock will make the country ungovernable, sending it and perhaps Europe, into chaos.

To longtime observers, at least those mindful of past Italian electoral upsets and the Italian approach to politics, these results were somewhat less startling.

Many were in fact stunned to see Grillo’s anarchic protest movement soar past 20 percent of the vote, topping out at more than 25. But it certainly isn’t the first time in recent memory that anger against established politicians has taken theatrical form.

While Berlusconi and his Northern League may now represent the political establishment, it wasn’t always that way. Their roots are similar to those of the Movimento 5 Stelle. Like Grillo, Berlusconi won as a non-politician outsider who in 1994 vowed to clean up the corruption left by the shattered parties that had run in Italy since the country’s postwar resurrection in 1946.

The Northern League was a northern Italian secessionist movement that railed against attacked immigrants, labeled politicians in Rome and southern Italy as parasites that squandered the north’s hard-earned taxes. The barnyard rhetoric and fairground-barker style of its leader Umberto Bossi foreshadowed that of Grillo.

As with Grillo, many predicted Berlusconi’s and Bossi’s campaign skills would not transfer to governing. In fact, the two new parties managed just fine. But it wasn’t long before they assumed all the vices of the “bums” they said they would throw out.

Before the 2013 vote, Grillo was widely criticized for his lack of a program. His favorite campaign slogan translated politely as “Go to hell.” His proposals came in the form of a 15-page “wish list” that included a desire for national broadband coverage, the elimination of state funding for newspapers, and free language instruction for all immigrants.

Grillo’s crudeness and contempt shock and attract Italians, who have always enjoyed the theater of rebellion and anarchy. They are less fond of reform’s hard slog.

Monti’s chances were never strong, despite foreign longing that he remain prime minister. Italians saw him as a stooge of German Chancellor Angela Merkel and truly hated the taxes he imposed. In the end Monti appealed to the upscale minority to which he belongs, one that admires professors and technocrats who don’t embarrass Italy abroad.In truth, most Italians don’t care what the collective “abroad” thinks. They enjoyed it when Berlusconi made fun of Merkel and U.S. President Barack Obama. Suggestions from Obama’s consultant David Axelrod to help make Monti more cuddly, including photos with a dog and children, backfired with cynical Italians.

Until the end, some 30 percent of the electorate was undecided, and some of that undecided bloc, at least according to profiles, were the housewives in the country’s south, many with little formal education. Simply put, the undecided voters were faithful Berlusconi loyalists from the 1980s when he first started broadcasting cheesy daytime programs for housewives.

The leftist coalition, projected to win, shared some qualities with the American presidential contender Mitt Romney and his 2012 Republicans. Cobbled together from the former Italian Communist Party, which disbanded at the end of the Cold War, the Democratic Party has long struggled for an identity. This time was no different. Older voters associate it with Stalinism and 1960s and 1970s radical leftism. The party missed a Bill Clinton-1992 moment when it chose Bersani over Matteo Renzi, the dynamic young mayor of Florence who has yet to turn 40. Though Bersani gave his name to a 2007 law that limited the privileges of some cosseted professions and cartels, his party-bureaucrat manner excited no one seeking radical change.

He also failed to excite web-wise discontented youth, though the Communist Party he grew up in the 1960s was the young people’s party of its time. As for Italy’s 1980s yuppie youth, most chose the self-made Berlusconi.

Real youth — young people in their 20s — picked Grillo. His movement started with a blog that reached a generation closer to smartphones and Facebook than the rest of Italy, which still gets most of its news via television.

The right did particularly well in Sicily, Campania and Calabria, three regions where the so-called voto di scambio, or votes in exchange for cash or favors, remain an election tradition. They have been Berlusconi bastions from the start. They are also home to the Mafia, the Camorra and the ‘Ndrangheta, respectively.

Finally, it’s worth noting that Italy is a conservative country. Change happens slowly and in lurches, usually when a group reacts to the national suspicion that some sinister force or person is pulling backdoor strings or is hoarding all the goodies.

Such sentiment gained a foothold in the 1960s and 1970s, when labor and youth filled the Communist Party. In the 1990s, Berlusconi’s “Go Italy!” chant roused a new generation of entrepreneurs and small-businessmen. This time, Grillo tapped into youth frustration with a dead-end labor market and a political system that favors the aged and entrenched.

Despite concern, some good may come of all this quaking. A blocked parliament may put the brakes on some of Grillo’s wilder ideas, such as a referendum on a euro. In fact, the election may turn out to be the last bender by an alcoholic who senses that he’s finally hit rock bottom, and who realizes he’d better sign up for AA.