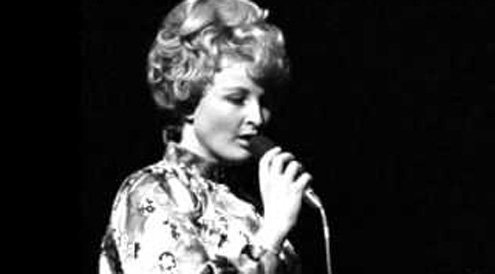 he most intriguing summer releases so far have been by artists that ostensibly couldn’t be less alike. But closer inspection reveals a lineage of vocal manipulation, of eschewing the expected.

What first caught my ear was a new compilation by Karin Krog called Don’t Just Sing | An Anthology 1963-1999 (Light in the Attic). Krog is a Norwegian jazz luminary who’s finally getting an official release on the western side of the Atlantic after decades of maintaining her own recording rights (and generating) respect at home.

Light in the Attic has given a listener-friendly overview of her forays into jazz standards and later assorted fusions. Though she’s been singing since the mid-1950s, Krog rose to prominence with a 1963 recording of John Coltrane’s “My Favorite Things.” The Osloite’s first album, 1964’s By Myself, was the first Norwegian jazz solo LP. Krog’s place in the small but devoted scene there was cemented.

Her growth as a singer has continued unabated. Don’t Just Sing isn’t particularly concerned with being comprehensive, however — we’re talking 16 songs covering more than three decades, and that excludes a decade on either side of the listed period.

But seeing what she does with Herbie Hancock’s “Maiden Voyage” or the Gertrude Stein poem “As a Wife Has a Cow” or Trane’s “A Love Supreme” opens the ears to new possibilities in well-trod classics from an unlikely source. Throw in songs of her own design, like “Images in Glass” (inspired by Philip) and the title-track (performed with long-time collaborator and current partner John Surman) and you’re just beyond the tip of a prominent musical talent.

For a modern take on vocal manipulation, few equal Nayvadius Wilburn, the one they call Future. After a fraught 18 months that saw him hitting headlines for all the wrong reasons (and making mixtapes and an album that bombed just when he was supposed to ascend to that next level of ubiquity), the Atlanta hip-hop artist has returned with another capital-S statement record in Dirty Sprite 2 (Freebandz).

DS2‘s title serves as a callback to a 2011 mixtape most of his fans probably didn’t even know existed before this release. The two don’t sound alike and Future is in a radically different headspace now, too. Beaten up in the tabloids after cheating on partner Ciara, the notorious studio rat went from openly affectionate on Honest to angry and increasingly withdrawn on the mixtapes (Monster, Beast Mode and 56 Nights) that followed.

DS2 sounds like he’s hit the nadir. Though the singles don’t really suggest it, this is a dark record colored by moody laments and cracked vocals Auto-Tuned to infinite sadness. “I’m feelin’ way better,” he sings on “Slave Master” but it is impossible to believe him. Though he doesn’t play with syllables and pronunciations to the same absurd degree as fellow Atlanta star Young Thug, Future’s brand of cosmically moody hip-hop remains engaging.

Part of this is down to the exquisite executive production from Metro Boomin, ably assisted by urban radio hit-making heavyweights Sonny Digital, Southside, Zaytoven, and others. There’s also Drake on “Where Ya At,” because it’s 2015 and he is still inescapable.

But Future’s supporting ensemble only serves to accentuate exactly what makes him so special: Whether it’s street anthem “Blood on the Money” or actual piano lament “Kno the Meaning,” everything sounds like a ballad, even when it’s a boast.