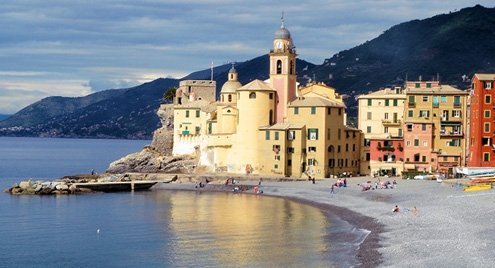 I'm wondering if the little donkeys up the street have enough to eat.
H

ere I am, an expat sitting under the Mediterranean sun at a desk in a little seaside town in France, wondering if the little donkeys up the street have enough to eat or whether I should run down and feed them my artichoke stems. Or should I use those steams in an omelet? Weighty decisions. All this while the pages of my International Herald Tribune tell of courageous monks marching against unimaginable suppression, record the confessions of drug-taking athletes, and recount the tragedy of Congolese women on their death-beds after being raped.

The seeds of such disturbance are also a present in my apparently idyllic life. Prejudice and strife are not always elsewhere. The Catalans here suspect that the French want them out, and vice versa. There are few Italians in our little community. Italians are said to prefer their own country, disdainful of haughty French attitudes.

Many French, of course, consider Italians the peons of Europe, southern do-nothings who make a good cup of caffé and a fair pizza. But try to find the equivalent skill in France. The French idea of a pizza Margherita is an oxymoron of crème fraîche, cooked ham, and olives. No thanks. Then again, the Italian chefs who have chosen to go “creative” might be better off letting the French make the sauces.

Reconciling the sides isn’t easy. I’m aware, after decades in Rome, that my idols have feet of clay. I’ve worshipped at the altar of Rome’s mad traffic, seen the piles of garbage on street corners, wasted hours (sometimes whole days!) trying to pick up a package or mail a letter at the post office. I’ve seen the demise of great old ristoranti where you could once find a perfect spaghetti alla carbonara and where now the plates are filled with mediocre, overcooked fare for tourists.

Well, it’s a living. But I often ponder the French attitude, which calls for a 35 hour work week, delivers complete medical care, and affords you the chance to retire at 55 or 60 (most probably to one of several houses). French savings, huge compared to the American equivalent, are invested in real estate for the children, not in money markets or hedge funds.

And why not? Does the United States have medical care for all? (See Michael Moore’s “Sicko,” which sings the praises of the French health care system). The French have more time to spend with family, more vacation time than any country I’ve visited, and live longer than Americans or Italians. Few eschew a cheese course after a plat du jour of rabbit in mustard, roast potatoes and endive salad. Sometimes there’s dessert after the cheese. So what. They walk, bike, or hike it off, happily discussing the next meal.

The Italians, on the other hand, are the most depressed of Europe’s inhabitants, perhaps because the euro has doubled the price of everything, including that perfect caffé. Not even a few tiny, intense cups of the best antidote to sadness can help a country that has never seen a sponge mop, or a lab test returned in less than three weeks. But depression notwithstanding, the Italians press on.

I love the Romans’ “fish in your face” attitude toward life while I welcome the civility and order I find on the French side of the Italian border. I wish each side would embrace the best in the another. Italians could us some efficiency, the French some good mozzarella.

Barack Obama’s humane plea that people recognize their faults and work together is a goal of considerable nobility. It may be pie-in-the-sky but it’s hardly trivial.

A friend recently sent me the local magazine published in my old Los Angeles neighborhood and I read with nostalgia and pleasure of our little canyon community’s annual fair. The humble Beverly Glen Art Fair offered up Hava Nagila and Shira the belly dancer, a resident for 20 years. Obliteration was on no one’s mind. My enclave taught a lesson in co-existance that Italians, French, Palestinians, Israelis, Hamas, Tutsis, Hutus, Catholics, Protestants, Jews could all benefit from applying. Working together can be both productive and satisfying.

For now though, while awaiting the fulfillment of Obama’s promise, I’ll worry about whether the donkeys have had enough to eat.