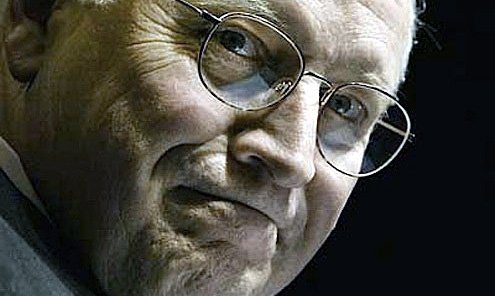 Who needs sensitivity?
I

n the cluttered chapbook of presidential politics it will be remembered as a minor skirmish in the early stages of a long and chafing campaign. In Dayton, Ohio, Vice President Dick Cheney found an audience he liked in a state he needed and flogged John Kerry on the Bush Administration’s homiest subject, terrorism.

Rein in brute strength, said Cheney, and you fail to see the world as a truant child needing discipline. “Terrorist attacks are not caused by the use of strength,” said the politician whose White House advocacy helped punish Saddam Hussein’s Iraq, “they are invited by the perception of weakness.”

Back, predictably, came the Kerry bunch, which unwisely started the “sensitivity” squabble by getting their man to pledge he’d involve other nations in a more “proactive,” “thoughtful” “strategic” and (yes) “sensitive” approach to global good-mongering.

The first was to swing hard, to challenge Cheney as the architect of the first pre-emptive war in U.S. history, an artless and expensive campaign based on illusory information that has so far cost thousands of lives and will count thousands more before it ends, if it ends, very likely with an eventual return to secular toughness and little discernable effect on dissuading Islamic radicalism.

Why not label such a war unworthy of the names Eisenhower or FDR, who undertook global campaigns when they were actually global?

Why not say, “Yes, I voted for that war, but what I got was not what I was sold.”

Instead, Kerry spokesman’s, a man named Phil Singer, managed just this: “Cheney doesn’t understand that arrogance isn’t a virtue, especially when our country is in danger.”

Cheney is most at ease when speaking to an America that finds the exercise of unilateral power redemptive and empowering, a way to claim and defend virtue and define character. To those emboldened by arrogance and believing in an America uniquely suited (and called upon) to butter liberty’s international toast, sensitivity is a basic anathema. It’s for those at ease with the word “disingenuous,” the intellectual men and women George W. Bush says belong to the “chattering classes,” Kerry among them.

Yet Cheney’s words are at least his creed: he is a reactionary conservative teamed with a devoutly Christian president, Bush, who imagines the export of democracy in the glad spirit of 1960s CEO cheerfully promoting Tupperware to the Soviet Bloc (for the better, if only they knew it).

Together, Bush and Cheney are effective salesmen who speak in pistons and quarter-inch nails; Kerry, despite his sincere efforts, still talks in vinaigrette.

That talk must change, and fast, for him to have any chance of winning undecided voters who yearn to believe in better management.

Even if persuasion comes, the White House tag team has already forged a considerable advantage in those parts of America where sensitivity is tantamount to weakness and weakness to an inability to play rough in a rough world. The advantage matters because the planet non-public radio Americans sees on television is debris-field of threatening images conveyed in simplistic terms and convivial to accelerated television. The Iraqi living room in which Americans dwell part-time has an “Oh my God” bluntness that gives sensitivity-loathers wide berth.

Though Kerry has some strong support, this is a war that plays more like Korea than Vietnam. Then, the Red menace froze the United States into edgy responses at home and abroad, just as the ongoing prospect of home-turf terror does now.

No organized peace movement exists (Bruce Springsteen’s singing for Kerry doesn’t qualify.) Dissent is evident in occasional conversation, in low-circulation journals, in academia; but it is nervous dissent, hamstrung, it would seem, by the gradual manipulation of patriotism into an acceptable substitute for informed reflection.

Most important, citizens in an affluent but troubled economy, focused maniacally on child-rearing, are too busy to think too hard, giving Bush narcotic credibility among those who don’t want to think at all. In the 1960s, the watchword (incorrect most of the time) was apathy. In the 2000s, the theme is distraction.

It’s not easy for anyone or anything to make an impact on a culture that glows in the dark like some extraordinary battery toy of another age and looks upon itself with singularly self-involved awe. It’s not easy, either, to represent the world as far more complex (and more sensitive) than Messrs. Bush and Cheney would have it be, and not necessarily less dangerous in proportion to greater force.

Kerry’s problem isn’t necessarily that he’s playing safe, but that he projects a sense of the tentative. This in turn suggests his career has but one big chance, this one, and that he knows it, perhaps too well. Democrats were in this cave in three times in the 1980s; each time, facing a self-assured Republican, they were trounced.

And now, 10 weeks from America’s November election, another trouncing (minus New York and California) is in the air. The two incumbents are gaining momentum, with Cheney the bad cop (the militarist) and Bush the good (the effective manager). Kerry is left to dawdle on distorted words and misgivings on arrogance.

Distortion is a nasty thing and arrogance both unpleasant and unwise, particularly only a global scale.

But as Cheney knows and Kerry must fast learn, raw talk helps win elections, and drum up support for ill-advised wars.