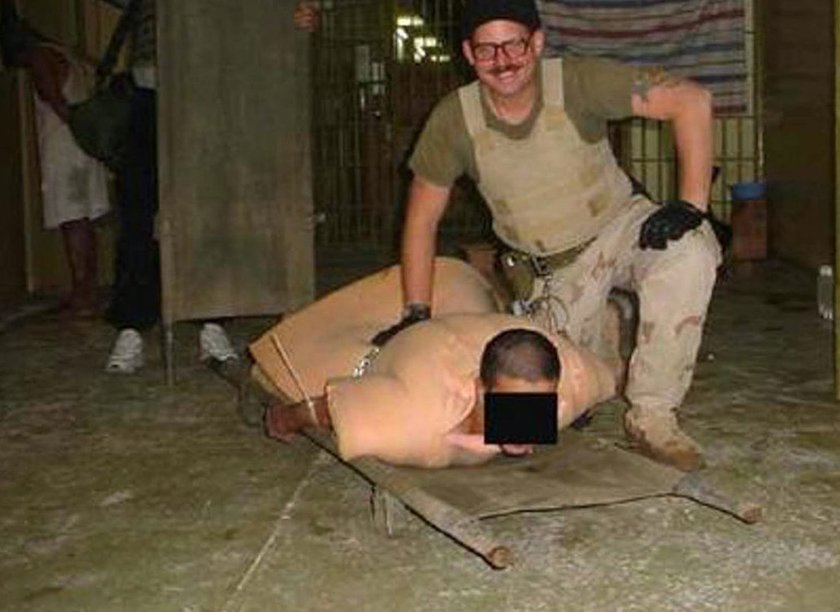 When you start calling people and their actions monstrous, it's wise to pause and reflect on transgressions during "just" wars, the events at Iraq's Abu Ghraib prison among them.
A

friend called me the other day to ask what I thought of the horrifying and surreal news — those were her words. She was referring, of course, to the Russian invasion of Ukraine, and had chosen to call because she knew I’d spent a good part of my young years in then-West Germany.

I had heard, obviously, but thanked her for the call.

I’m no fan of the new Mr. Black Hat, trust me, but my friend’s call did make me reflect on recent wars.

Had anyone called to express shock, horror and outrage when the United States invaded Afghanistan in 2001 after the 9/11 attacks?

Of course not. We were in the right, because the then-Taliban hosted evil people, including terrorist mastermind Osama Bin Laden. And who knew anything about Afghanistan, the country we’d recently abandoned to fend for itself, after having promised we’d stick around until it got with democracy. Ooops. 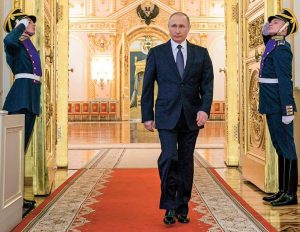 Vladimir Putin enjoys being the undisputed master, but how long till he topples?

No one called me two years later either, when we invaded Iraq, using 9/11 and the evil of Saddam Hussein as a pretext. Plus, we had all sorts of backers, our kind of people, and no one seemed particularly concerned about the loss of civilian life that war might induce.

Again, we were right, the war was just, and after a while even skeptical France came around. And we only lost a few Americans — a win-win situation when our troops entered and occupied Kabul.

Big global cheer. We’d beaten the heathen adversary. It was framed in such ornate Crusades dressing that even mass media applauded.

Until nobody was able to find the Weapons of Mass Destruction on which our attack was predicated. But hey, never mind: we found Saddam after a time — he was cowering in a ditch — and turned him over to the Iraqis. They put him on trial, mostly a mock trial, and, well, goodbye, bad guy. They hanged him. More applause.

Ah, you say, but that’s DIFFERENT. You can’t possibly be comparing the new bad guy’s invasion of a neighbor state, sovereign and very eager to be part of our beloved West, with those other wars, obviously fought by the righteous, even though both went sour and the second one, Iraq, was plainly and simply unjustifiable.

Vladimir Putin has long had the very sincere and ferociously focused belief that Ukraine belonged to Russia, which is to say the Russia he knew, the Soviet Union. And it did.

Vladimir Putin is a tailor-made villain and now his own worst enemy. But the West’s eagerly årighteous finger-pointing is risky business.

Only it hasn’t been Russia’s for nearly two decades, and his invasion is a case of, “I want things my way.” He and his country and many civilians will pay a high price for what he’s done, and a World War III may not be out of the question if, for some lunatic reason, he decides to retake other former Soviet nests, such as Georgia, or confront the gaggle of energy-rich Muslim states to the East.

So, it is awful? Yes. It changes the world in a riskier way than COVID. Wars are awful in any form and remind us that folly is always in reach.

My caveat is obvious. Wars undertaken by America are intrinsically just, and our allies will always say so. Those triggered by those we consider thugs or worse are “surreal” and terrible and shameful and so on.

All the more so if it’s white people ripping into other white people, which to the white masses suggests an atrocity Afghanistan and Iraq simply wouldn’t be eligible for. Christians against other Christians isn’t on par with those who might belong to all that’s not Christian.

Dial back to the 1990s. It took quite a while before Bill Clinton decided enough was enough and he’d help try, with NATO, to put an end to Serbian-driven slaughters of Muslims in the former Yugoslavia. In fact, until news of atrocities leaked out, it was hardly a national priority. For a long two years that was just someone else’s madman doing the devil’s work. And once again, most of the victims were Muslims.

The Serbian president and his military lieutenants were later tried in The Hague as war criminals. Now that same tribunal wants Putin’s head. On the face it I fight be inclined to say fair enough. I can’t because American transgressions in Iraq. deep and mighty, were largely set aside, or punished only by the country that had begun what was also an illegal invasion. Except that it was billed as for the greater good and was carried out by a so-called Coalition of the Willing. Yet again the enemy not white, easing the burden on the conscience of the developed world.

Villainy is not equal. Nor is good, But the excitement that war induces demands the taking of sides, and this time, with aggressors and victims both members of of “valued” tribes, finding a monster was easy.

Too easy. In the social media era, a righteous lynching is a spectacle few can do without. Putin is merely the latest raw meat. Which I’ll wait a while before chewing.

My advice Be very careful when you’re driven to emotional agitation when a war breaks out and the headlines scream murder and rush to lynch alleged pariahs.

Take a moment to look at what led up to the event. In this case, pay close attention to the longstanding feud between Kiev and Moscow, a feud that, for an egomaniacal leader like Putin, amounted to the runaway child telling his father what an awful creature he was and always would be. No nation deserves an invasion. Nothing justifies unilateral attacks, in particular after you’ve told the world you’re just trying to keep the peace. At the same time, there’s no denying Putin hated Ukraine’s independent existence as much as America loathed Saddam, making him the root of all evil and knocking him off on the pretext of nation-building, something that really never happened.

Get out a book or two. And if you listen to podcasts, make sure you listen to those that try to explain the seemingly unexplainable. Otherwise, things are likely to be twisted and tangled up to such an extent, you have no choice but to trust breaking news. And with a third world war at the ready, that is just not a good idea.