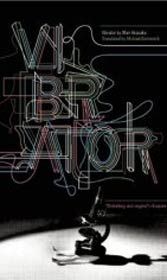 By Mari Akasaka, translated from the Japanese by Michael Emmerich

At first, Akasaka makes Okabe into everything a Tokyo party boy isn’t: tough, laconic, and clear-eyed. But Rei is lost in space. “The only thing I truly desired,” she says before sex, “was my own liquefaction.” The reference is not to orgasm but self-effacement. Akasaka gradually nudges her introverted wild child closer to Okabe, in essence merging worlds and giving Rei a taste of the tangible. A well-built little novel.