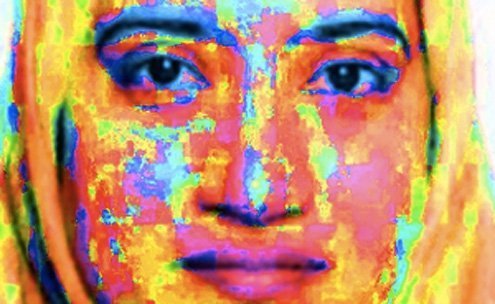 #8220;The attacks have left American Muslims feeling defensive and vulnerable just as the San Bernardino attack is forcing them to come to grips with the prospect that the threat from terrorists within their midst is very, very real.” • Muslims in America Condemn Extremists and Fear Anew for Their Lives, The New York Times, Nov. 4, 2015

If attachment is part of the act of covering news, detachment is what keeps the coverage from becoming its own form of involvement. The withering of the separation between attachment and detachment has been palpable since the September 11, 2001 terrorist attacks, which unleashed a wave of hyperbolic coverage that unhinged mass media thinking, soon pushing it backward into the throbbing realm of late 19th-century sensationalism. Attachment supplanted detachment, and its key partner, objectivity, paving the way to emotional coverage that suits the unending global new cycle and its corresponding online appetite for excitement, and the cathartic outrage such excitement often helps to tap and unleash.

The reality of this new norm — “new” in that it was revived 15 years ago — is evident in a simple paragraph from a New York Times feature that is reproduced above it. In it, the author discusses the fears of American Muslims in the wake of shootings in San Bernardino and several anti-Muslim reprisals throughout the United States.

The report is a necessary piece of work that any editor would be quick to assign a reporter in the wake of a lethal event. What is extremely unusual, particularly for a newspaper that is careful with words, is the repetition of two adjectives in the paragraph’s final line. The threat is not simply real, or even very real, which would be sufficient, but “very, very real,” a doubling-up of modifiers that by itself represents a small portrait of the attachment-detachment breakdown. The reporter is so taken in by nervous vibration that detachment seems less appropriate than asserting its opposite, attachment, its “very, very real” introduction creating an emotional component that matches up better with video coverage and online quivering.

The shortcoming of narrative journalism is its inability to match up with the immediacy of images or the hysteria of personal commentary, whether furnished through clipped sentences or video clips. Left to its own and now-ancient method, scripted story-telling, “word” journalism feels hopelessly uncompetitive, behind, static, feelings that produce a near-desperate need to overcompensate through “very, very” stirring prose. The decision to repeat the adjective — never mind if the choice was made by reporter or editor — shows just how badly mainstream print journalism yearns to be “very, very real,” as real as breaking news, but cannot be since the best of it still applies filters before raw news is let loose.

But the print filter is leaky from more than a decade of trying to keep up. Newspapers continue losing money, with talk of major print closings no longer abstract. Whether the print New York Times and Washington Post will exist in daily form in 2025 is anyone’s guess. Communicating with the masses now equals stirring them up, and print journals have largely lost that capacity. Attached journalism — felt through more than thought out — is what’s expected and what many consider the “real” thing, seeing any filters as a form of censorship and absorbing Wikipedia and Wikileaks with a greater sense of truth and faith than a newspaper article or its online equivalent. Rawness is the truth feelings need and crave, accuracy an afterthought. Filters, including editors, are unnecessary, if not invasive. The public doesn’t require newspapers with outdated mottos such as, “All the news that’s fit to print.” Assessing “fitness,” whether in words, music or educational talks, should be up to the beholder — an exquisitely democratic notion if only fitness hadn’t been introduced to limit the instant but often reckless emotionalism that governs innate human responses to any number of volatile events, reactions that happily dispense with context to revel in the “very, very” side of things.

America has long been a very angry place, a cauldron of assembled ethnicities and competing faiths. It was forged through violence and remains wedded to the right to bear arms. It has never been, through its history, a particularly retrained place, even in peacetime, notwithstanding myths to the contrary.

America never needed embroidering to suit the purposes of legend. It was and remains larger than life. The “very, very” is icing on an arsenic cake that all are eating with increasing passion, eager for more and larger portions, for images and words that suit a historical time that has continues to worship anxiety as a fad.