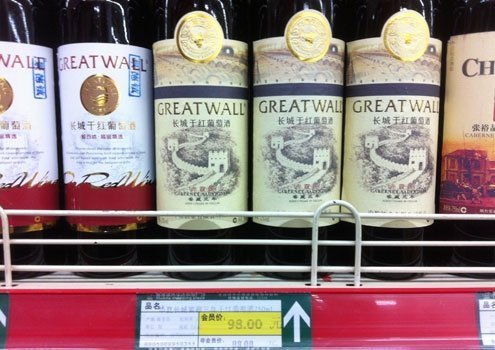 Does getting to the truth mean drinking Chinese wine? If so, the truth better be good.
I

was in China with Angela Zhang. Her brother had been murdered on a visit to Milan, so we both had our reasons for chasing the story. The man we were after had something I wanted, but Angela had warned me: “You can’t push him, Pete. You have to win him over. Bring some wine.”

A small man, his face lined and worn, his eyes filled with shadows. Seven days a week he worked a gas-fired kiln that took dry clay pots and crockery, ornamental flowers and zodiac goats and transformed them overnight into shiny glazed porcelain.

We were sitting in a dusty room back of the kiln. The second bottle was already open. “Listen,” I said. “I hear you spent some time in prison.”

Angela turned a fierce glare on me and took her own sweet time turning my question into Chinese. The kiln man listened, eyes flickering, and gave a slow nod.

“What did you ask him, Angela?”

“I said you wanted to know if he liked the wine.”

It was Chinese wine. I’d gotten a tip from the hotel clerk: “Great Wall 62. Red. Supermarket.” So while Angela ran off to set up the meeting, I ran down the wine. I figured a ’62 was going to cost me a bundle, assuming they even had it. The supermarket was just down the road. I made my way in past the checkout counters, past towers of sweet rolls and candied fruit to the fish, laid out on tables packed with crushed ice. I looked around. No wine in sight.

A staircase took me up to the second floor. There, against the far wall, five or six shelves lined with dark green bottles. I sidled on over for a closer look. Most of the labels had Great Wall in English above a pen and ink drawing of the legendary monument snaking its way along a mountain ridge before disappearing into the mist. I picked up a bottle and tried to make out the vintage. No year on the front, nothing I could understand on the back.

Angela’s cough brought me back to the table. “He’s ready to tell you the story now.”

I raised my glass, looked him in the eye and said, “The whole truth, buddy, and nothing but.”

He drained his glass and began to talk.

He’d been visiting his cousin in a city up north. The cousin took him to the park one day. A couple hundred people were assembled there, exercising in unison. Easy to learn and good for one’s health. Very popular, all over the country. Hundreds, thousands, millions of people — all of them exercising in the parks.

“Here, too? In Jingdezhen?”

The kiln man nodded, eyes darkening with the memory. I poured him another glass of Great Wall 62 and watched him drink it. “Then one day the police came,” he said.

I filled his glass. When it was empty again he took up the story.

One morning the guards led him from his cell to the prison hospital. There, a doctor asked him what sort of work he did and if he had ever been sick. Then the doc took blood. “For tests,” said the kiln man, and reached for his glass.

I filled it. “What kind of tests?”

“Did the doctor test anybody else?”

He shook his head. “Exercise people. My friends.” His eyes grew darker still as he drank.

“Disappear.” He wiped his mouth with the back of his hand. “Killed for lungs, liver, kidney, eyes.”

The bottle was empty. The kiln man stood up, looked me in the eye, daring me to believe him.

In the taxi together heading back to the hotel Angela filled in the blanks. “He said it’s not true, they were not a cult. And it’s not a crime to exercise in the park.”

“You think he’s telling the truth? They just disappeared?”

“In vino veritas,” she said.

“But the wine was terrible,” I said. “A wine like that, he could be making it up.” Great Wall 62: sixty-two kwai, about ten bucks. The cheapest on the shelf was a white Great Wall 23; the top-of-the-line a Great Wall 98.

Angela stared out the window. “You got what you wanted. Eye-witness report.”

I wasn’t so sure. “If they were killing his friends, why not him?”

She turned to me, a hard look in her eye. “He was not a good specimen. Too much dust and glaze in his lungs.”

The Great Wall 62 we drank that night in Jingdezhen (deep in southeast China) was made by China Great Wall Wine Co., Ltd., the country’s largest winemaker. Great Wall wines are widely available, but moving up-market to, say, a Great Wall 98, isn’t necessarily a good idea. Foreign wines are also available, French in particular. In any case, caveat emptor.