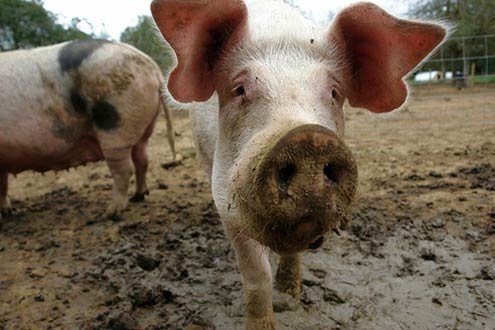 y grandson has become a vegan. A once-carnivorous 18-year-old, he now seeks Roman restaurants where the supplí contain no ragú. His very accepting nonna (me) takes him to bio-markets to shop for coco milk, oat milk and such. What a good nonna.

Nonna has also more or less given up meat, unless she’s invited out. Even fish give her pause. Vegetarians, both in and out of the family, are on the rise.

His mother, my stepdaughter, who lives in meat-loving Argentina, recently hosted her son for three weeks and provided him a steady diet of vegetarian food. She said the kitchen challenge was great fun, adding tasty new recipes to her repertoire.

Why become a vegetarian? Like most belief systems, it combines heartfelt ethics (disdain at the slaughter of animals) with an interest in better health (remember the “Eat your vegetables!” mantra?) Why avoid meat? Rainforests are destroyed to make way for pasturelands. Cattle not only ruin fields but also drain huge vast amounts of corn, some of which is genetically modified, passing on potential anomalies down the food chain.

On the medical front, data suggests vegetarians require far less hospital care, have fewer heart attacks, colon, stomach and related illnesses. Vegetarians are not contributing to the pain and suffering of food animals, and so on.

I am not a vegetarian or an “-arian” of any kind, but I do respect food preferences. My brother-in-law is a Zen Buddist and a semi-vegetarian, which means yes to fish but no to meat. It’s a challenge since he travels as a guest speaker and is wined and dined at many homes in which host or hostess might not have been pre-alerted. I’m sure he makes do without offending anyone.

Though fish-eaters often call themselves vegetarians, I wonder how eating a fish is different from eating slices of cow or chicken. But I stay away such arguments. I just serve pasta with vegetables, which I adore anyway.

My own shying away from meat is a far cry from my Texas roots. Most Texans grow up with the adage, “anything that moves is meat,” and kids are still taught to hunt, clean and dress their kill. Barring unforeseen disasters (think Cormac McCarthy’s “The Road”) I’ll gladly pick up my package from the butcher after he’s done the work.

That’s heresy for vegetarians. One website claims that year-old animals are often far more rational, capable of logical thought, than six-week-old babies, and that pigs and sheep are far more intelligent than small children. I have my doubts, but while a six-week-old baby might grow up a vegetarian advocate, a hungry pig, given the chance, will gladly eat you, me, baby or anything else that’s breathing for that matter, although they do leave the large bones intact (dead outlaws were often fed to pigs in the wild days of the American West).

Who can say what’s on a meat-eating pig’s mind when it chows down? I actually ponder this question, stimulated of course by my vegan grandson.

I think but I don’t join. I never was a joiner of causes. Yes, I’m a member of two large food organizations, but neither is based on an inflexible belief system. Proselytizing has always grated on me (meat is the new tobacco, say some animal rights activists).

Vegans, unlike vegetarians, have tenets to uphold. I prefer standing aside and observing how humans organize themselves into groups often in an effort to set themselves apart from others.

My 18-year-old stepson has found a cause. I did the same around his age. Mine involved burning bras and demonstrating in favor of free speech and free love. Riots, soapbox rage, and destruction of property weren’t part of my rebellion, though change sometimes does demand drastic measures. My own preference was for kindness in the perhaps naïve belief that it matters above all else.

That doesn’t mean I defer. I’ll quiz my stepson’s on his new cause. I’ve already learned that veganism is linked to Jainism, an eastern belief that seeks to avoid violence toward all things large and small. If my stepson is on that road, I wish him Godspeed.