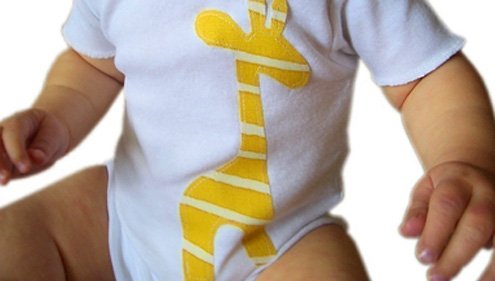 My mother-in-law is physically uneasy at the sound of the word "ice."
I

t’s funny. In Italy you seem like an American Mom,” my Roman sister in law said sitting on an Atlantic coast beach. “But in America you seem like an Italian Mom.” Her observation was astute. I’m a go-get-’em American mom influenced by the cautious and fearful ways of Italian parenting. My parenting ways are a middle-of-the-road mishmash. Basically, I am a mamma doing a dog paddle in the middle of the ocean between the two continents. My instincts are more “can-do” American, but my social circumstances begin to wear me down.

In America, mothers let their kids run free. In Italy, mothers treat their children like veal: they constantly feed them and don’t let them venture out much.

Of the many cultural differences between raising children here and there, the biggest may well be about temperature.

In Italy you hear everyone say, “Stai attento all’aria condizionata.” Watch out for air conditioning. Stated dramatically: They think AC can kill.

In the U.S. there are heat-index warnings for babies and the elderly. Stay indoors with air conditioning when it’s blistering. Hmmm. Curious.

Over the last year my mother-in-law has warned me about the evils of air conditioning, fans and fresh breezes. She’s assassinated the character of cold drinks, hot meals and become physically uneasy at the sound of the word “ice.” She says children should wear “onesies,” or body suits, in 90-degree weather. Going barefoot, she say, “fa male.” No translation necessary.

While I respect my mother-in-law’s results (she’s raised three great human beings) her methods leave me… cold. I listen (“Uh huh, okay”) and then follow my Yankee Doodle noodle.

At first I felt different from Italian mothers. It bothered me. My confidence waned. “What if the Italians are right? What if wind causes the disabling neck ache called “torciollo?” What if diving in to the sea after eating caused “blocked” digestion resulting in certain death.

I warily tolerated the “old wives tales” from my husband’s family members, neighbors and even some friends. But when the cockamamie principles came from of our pediatrician… well, that was different.

We took “Oedipus” to for a checkup before leaving on a trip the U.S. He had a fever. I wanted to make sure there was no congestion, ear infection, etc. My guess was that he’d caught the virus sweeping through our Rome palazzo.

I mentioned the virus to the doctor in my best Italian, but the pediatrician interrupted.

What I wanted to say was, “Because it’s 400 *%$@# degrees outside!” Instead, my good mommy alter ego kicked in. “Americans are not in the habit of putting extra clothing on children. We think if we need an extra layer they need an extra layer…”

She interrupted again. The Italian way, she said, was the healthy one.

I fumed for several reasons:

First, here was a medical doctor promoting folklore over science.

Second, when my son is 12 he will probably be close to six feet tall. Do they even make body suits that size? Or will I have to sew one?

Third, I’ve heard on Italian talk show that some Italian kids are having sex at the ripe ages of 11, 12 and 13. Before they “do the deed,” do they say, “Wait a minute!” and then snap them selves out of their bodysuit?

I stared at the pediatrician for a long time.

Sweat trickled down the side of husband Marco’s forehead. He hates confrontation.

The doctor examined the baby and found his ears, throat and lungs to be clear. Just as I’d expected.

But then she said, “You can’t fly tomorrow. I want to start him on antibiotics and I want you to take a urine analysis first thing in the morning.”

When we left the office I turned to Marco.

“You know I’d never do anything to endanger the wellbeing of our son?”

“Okay, good because I’m getting on that flight tomorrow…”

The next day, we got on the flight with my Italian sister in law and nephew. We landed in the US of A without incidence, and for five weeks Oedipus ran around half-naked and barefoot like and American while I ran after him with a spoon like an Italian mother.

My sister in law was right. I’m an American mom.