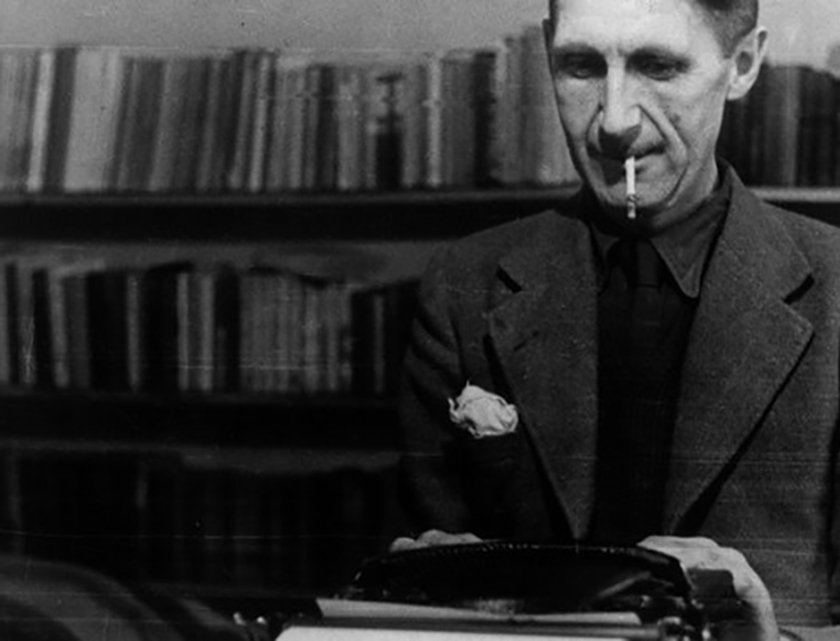 George Orwell: An intrinsic appreciation for the correct meaning of words.
T

here are some words whose definitions you just never forget. One of these is “vapid”, which my mother used to describe my friend Penny in fourth grade. Thanks to her trenchant criticism (which I felt extended to me), it’s a word I notice even to this day.

So this recent headline in the “Washington Post” caught my eye: “Marjorie Taylor Greene’s vapid gender politics.” Greene is an American politician and businesswoman, and a vigorous supporter of former President Donald Trump.

The article discusses Greene’s “unhinged and unprofessional” comments, labeled a “tirade, which she directed at fellow congresswoman Alexandria Ocasio Cortez. There are many colorful adjectives to describe Greene and her behavior. Vapid, which according to Webster’s means “lacking flavor, zest, interest, animation, or spirit” is not one of them.

“Vapid” is only one of the misused words I’ve come across lately. Another is “vaunted”, which writers use to mean highly or widely praised, apparently unaware of its connotation of being dubious or suspect. A case in point: any medicine spoken of in terms of its “much vaunted effectiveness” may be a dud, no matter what the promotional material says.

It often seems as if writers have learned their vocabulary words by studying for SAT tests.

I recently saw a house designed by Frank Lloyd Wright described as “winsome,” a word better applied to blushing maidens than to houses (or to the prickly architect who designed both the fortress-like Imperial Hotel in Tokyo and the Guggenheim Museum in New York). Webster backs me up on this.

Then there are the words “curate” and “critique”, these days flung around with little regard for their more precise applications. “Curate “applies to museum work and a “critique” is an extended, formal analysis of artwork or literature.

It often seems as if writers learned these words for SAT tests rather than through the books or conversations that would have elicited a word’s true range, including the contextual subtleties of meaning.

Spell-check and dictation programs may actually be worsening the decline of  accuracy. Such errors would not have eluded old school editors. All but obsolete, now, they were trigger-happy with red pens because every word mattered.

George Orwell, one of the English language’s clearest and most effective writers, had much to say about the kind of imprecision I see so much of in his 1946 essay “Politics and the English Language,” which focuses on the political consequences of fuzzy, jargon-stuffed language. He notes how it encourages the “defense of the indefensible”, such as British colonialism or Stalin’s purges. Yet I can’t think of a better primer for any kind of clear — and therefore effective — writing.

Orwell catalogs several kinds of “debased” language and “avoidable ugliness”. “Pretentious diction” and “foreign words” come to mind whenever I hear “curated” or “critique” used as verbs. “Critiquing” is an especially avoidable ugly combination of both. While “curation” should stay in museums to be practiced by credentialled specialists, and away from average folks stocking their liquor cabinets or shops.

Orwell finds traits common to all types of debased writing: “The writer either has a meaning and cannot express it, or he inadvertently says something else, or he is almost indifferent as to whether his words mean anything or not.”

Things have gotten worse. Since 1946, followers of French theories such as deconstruction (and their imitators) have invaded the English-speaking academic world, where they influence the kind of people who write “highbrow” publications. Repropagated jargon spreads what Orwell calls “the tendency of modern prose to move “away from concreteness”.

The “finding your creativity” industry is another vigorous propagator of Orwellian language abuse.

Pick up any lifestyle magazine and you will find it packed with excellent examples for Orwell if he were writing today. In decorating magazines, rooms or windows that are merely big or wide, are now “expansive”. No vase or lamp just sits on a table; it is “atop” a table. A house that has a lot of curves is “curvaceous”, a word generally used as a euphemism for overweight or buxom women.

The “finding your creativity” industry is another vigorous propagator of Orwellian language abuse. It confuses the concept of self-censorship, the stifling of ideas, with self-editing, an exercise in restraint that places clarity above all else.

These trends reflect what, according to Orwell, is the “half-conscious belief that language is a natural growth and not an instrument which we shape for our own purposes.”

I realize that I am cranky. Or that, in Orwell’s words, my “struggle against the abuse of language” might be seen as “a sentimental archaism, like preferring candles to electric light or hansom cabs to aeroplanes.”

Of course words do evolve over time and language is a living thing. But in evolution, some sort of loss is as inevitable as change. When “vapid” is pushed from its rightful place, it is no longer there to describe Penny as accurately as “vapid” really did (my mother was right).

A word is like a tool. It exists because someone needed it to name or describe something. When a word is used for some other task, it loses effectiveness. If you have screwdrivers around your house that you have ruined by using them as chisels, you know what I mean.