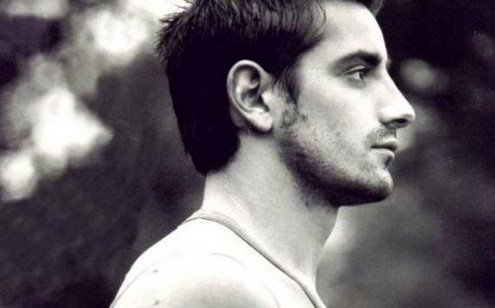 When social skills vanish so fast it's alarming.
E

ach I travel south, whether to Naples, Calabria or Sicily, I can’t help but notice how the men stand out. It’s the “uomo del sud” thing: Dark hair, deep brown eyes, olive skin. Their confident strut shouts macho. But their approach to women could use some work. On a recent trip to Palermo, my sister and I were struck with, well, how intense some men get when a woman crosses their path. It borders on savagery. Yes, we were both blonde and visibly non-Sicilian, but when social skills vanish so fast it’s alarming.

In fairness, I had prepped my sister on Italian men before we even left Rome. “They’re just different,” I told her.

She had an idea what to expect in Palermo, after a few brushes with er ragazzi romani. On a Sunday, she was among the few girls in the Curva Nord section of the Stadio Olimpico for a Roma soccer match. As we shuffled through the stands looking for our seats, a group of tifosi shouted, “Amazza aaaooo. Che belle gnocche!” They were not discussing food. They topped off their performance by singing, “Tuuuuu sei bellisssssimmmmaaa!”

Needless to say, she was impressed. I can’t imagine what it would have been like in the Curva Sud, where Roma’s hard-liners make camp.

On Monday, as she walked down a vicolo near Campo de’ Fiori, construction workers began clapping and shouting from a rooftop in Roman dialect. I couldn’t make out what they were saying but it definitely started out with the ritual “aaaaooo.”

Back to Palermo. Normally, I’d let infantile glances and comments slide, mainly because men just don’t listen to retorts or worse still turn them into flirting. But this time I’d had enough of the “Oooo… Ma quanto shay shplendida!” — accompanied by hard-core sweet nothings murmured in her ear.

I let them have it. “What’s wrong with you?!?! You act like you’ve never seen two girls before! Basta!” I scolded. “Can’t you just act normal? Uffa!”

Three of the four guys were angry and stormed off, while the fourth looked like his heart had been crushed. He tapped me on the shoulder. “I’m sorry,” he said. “It’s okay, it’s okay,” I told him. “Just try acting normal, okay?” I felt like his mother.

He followed us to the table and sat down next to us. I felt another tap. I whipped my head around and gave him the death look.

“Shcooza,” he told me. “Okay, okay, I get it. Now leave us alone, okay?” Luckily, he let us finish our pizza in peace, and then we hit the beach.

There, we found more lusting males — except that these boys weren’t even legal. As my sister and I concentrated on our tans, I heard them whispering in the background, “Ma, quanto shhiete bellissime.”

I looked at my sister in shock. No, they couldn’t be talking about us. I could be their mother! I looked around and saw we were in fact the only girls in sight.

They then began comparing notes.

“How old do you think they are?” said one.

My sister laughed. I was admittedly flattered since I’m pushing 30, but geez, these boys had barely hit puberty. Eighteen? Guess all these years of skin cream has finally paid off.