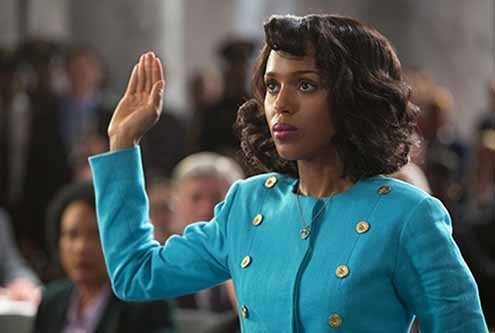 Anita Hill testifying before Congress in 1991: a different kind of courage.
S

ixteen years ago, New York City firemen entered two burning skyscrapers hoping to rescue trapped employees. Both buildings eventually collapsed, killing thousands, including many of the rescuers who were later showered in patriotic acclaim and elevated to hero status.

But set aside sentimental hyperbole and the firemen were workers who, like police or soldiers, had signed up for perilous employment. Their heroics were part of their job description. Still, from that moment on, the word hero was forever skewed, ramblingly assigned to plane-crash survivors and cancer patients alike.

Lately, two more words, courage and bravery, have fallen into harm’s way. Both are persistently used to describe people who come forward to tell of sexual harassment. Their courage is defined as a willingness to endure the potential embarrassment of confiding the details of sexual humiliation to a higher-up.

But there’s a fireman’s catch. Most of the confessions are anonymous. Victims speak to bosses who pledge to withhold their identities in exchange for a full if one-sided account of the shaming events. The accused are then summarily fired and the truth-tellers admitted into an informal witness protection program to keep their reputations and privacy intact. It’s vaguely similar to a midlevel syndicate suspect turning state’s evidence against his mob don in exchange for immunity.

Yet the line between noble turncoat and traitor or snitch is thin. Talking violates a cardinal code. Doing so anonymously is even worse, associated in the male world not with bravery but its opposite.

Sexual harassment victims are spared such indignities, hailed instead as fireman-style heroes. Why is this? Above all because Puritanism chafes at sexual indignities and simplistically labels female whistle-blowers as the subjugated and underlings members of an eternally browbeaten gender that deserves to turn the tables on its unenlightened male oppressors. Accused males are cast as lepers, contrition their only recourse. Details of disgracing events, like names, are usually few.

But the Manhattan firemen had names, and some were honored post-mortem. That the victims of sexual harassment mostly keep theirs private poses a quandary, since heroic morality would seem to hinge on identity.

Though the spread of unattributed information by now a form of social media foreplay, does that alone make confessing abuse an indisputable act of bravery? Is the relation of grievances behind the shield of anonymity a gesture of courage? The tricky questions don’t end there. To wit: What (if anything) preceded the lechery? Did any of the women shout at or slap their aggressors, or even attempt to flee? Did any have inklings — through rumor or gossip — that their eventual attackers might pose a threat?

It doesn’t end there: Should there be a dividing line between opportunistic and premeditated abuse, much as there is between manslaughter and murder? Should untoward advances be viewed differently if a woman has already had consensual sex with a workplace lover-turned-antagonist? Is a male harasser always destined to impose his rude will or do women possess dissuading mechanisms they’re either unaware of or are reluctant to use out of or dumbstruck deference?

These concerns are neither idle nor subversive. Context matters, as does common sense. Otherwise the picture is and remains blurred.

After both 20th-century world wars, the liberated took ferocious revenge on those labeled as collaborators. Most were humiliated, others summarily murdered. Chatter got wide berth. Verification was rare.

Women who call out high-profile men for their lewdness no doubt suffer psychological wounds for their decision. Nonetheless, moral do-gooding is incomplete without personal accountability. Allegations that if substantiated could acquire a concrete, candid, even cleansing dimension instead float around as trendy hearsay. Yes, scandals are cathartic and may cost a major job or two, satisfying a society weaned on immediacy, but firings alone make no inroads toward improving social and sexual harmony, let alone create the climate for a better understanding of what — aside from the vulgar side of power — drives male impunity.

In 1991, Clarence Thomas was appointed as a Supreme Court justice. Soon after, a former clerk, Anita Hill, stepped forward to accuse him of sexual harassment. Hill would spend agonizing days telling her story before Congress. Hers was an act of courage, a moral line she chose to draw, staking her name and the details of her claim to its drawing. Thomas was confirmed but Hill set the standard for outspoken conscientious objection.

Regrettably, that standard his since receded into shame’s cloakroom, occasionally issuing forth with the “brave” and the “courageous,” but forever doing so from the unvarnished darkness.