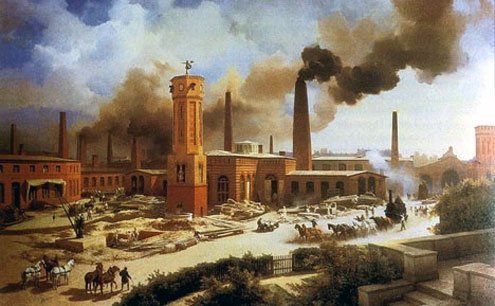 What late 19th century social democracies established, even tyrants were loath to shed. Nazi and Fascist police states depended in part on reinforcing national purpose, which included health care; the same with Communist Russia. Work for the state, defer to the state, and the state protects you.

Since most social welfare arose before totalitarianism — Bismarck oversaw three separate bills in the 1880s; France’s regional care went national after World War I — European health and pension plans were later debated in form, not substance. Citizen protection was considered a precondition of both capitalism and communism.

In the postwar West, some welfare states, Sweden for one, deducted more than 50 percent of income to its support. Grumbling produced a few overhauls but no revolts. The Europe of plagues, serfs and the Paris Commune refused to sacrifice its welfare system to an appetite for conspicuous consumption. It managed both.

This selective and abbreviated historical account brings us to the United States, which now seeks its own national health care system. Though accustomed to paying for wars and highways, the leitmotifs of national pre-eminence, put-upon Americans come late to their Industrial Revolution moment. Most can no longer pay for doctors or treatment.

But America is conservative by nature. Taxes for nation-building and in support of free market policies have long been framed as the antithesis of European something-for-nothing social welfare model. Socialized medicine, Ronald Reagan said in 1961, was a “disguise,” a “foot-in-the-door” for Socialist (read Communist) tampering with free enterprise.

Once stitched into a fiduciary fabric of family doctors, local hospitals and small-company insurance plans, the medical (and pharmaceutical) industry gradually followed the military into the limelight of complexes. Higher profits brought managed care, which in turn gradually transformed the doctor-patient relationship into a business relationship. The general practitioner’s unique role as a secular pastor and family confidant was diluted, the doctor’s “professional sovereignty,” Paul Starr’s words, commercialized. Medicine turned test-attentive and risk-averse.

With the AIDS-era anointment of preventive medication, the United States became a nation not only at the vanguard of mood- and chemistry-altering narcotics but financially dependent on their tubercular dispensing. Pharmaceuticals insinuated themselves into cultural necessity.

Shockingly — at least to social welfare Europeans, who were stunned by Michael Moore’s 2006 shock documentary “Sicko” — tens of millions of Americans, when sick, are now on their own.

The state netting that arose from Europe’s partly shrewd and partly conscience-stricken 19th century plans never found a comparable companion in the United States. Work-age citizens in a mixed economy were expected to shop for solutions. A family doctor and a few specialists could keep most government funds out of the mix until retirement. Not surprisingly, the world’s largest Darwinian middle class put stock in making do.

The pharmaceutical industry is a flourishing opiate. Pharmaceuticals and medical equipment are America’s third and fourth largest industries: Prescription and non-prescription drugs cost $250 billion in 2008. Insurance companies represent another behemoth. No government plan will pass without their support.

Unlike the 1960s debate over poverty-line welfare, into which the middle class could bleed unstained, the current health care debate is dirtier, though many don’t know its details any more than Iraqi geography.

Presidential advocacy appears only to delay resolution, since national purpose is at acrimony’s beck and call.

Beneath this carpet is a growing sense that the United States is hard-pressed to legitimately afford itself. Its budget deficit diminishes its diplomatic influence. The totalitarian Soviet Union unraveled through overextension. China’s glass-jaw social order is little better. Authority is a hard sell on when debt runs into the trillions.

The market place does little to conceal a public increasingly vulnerable to its own physical and mental shortcomings. The health of a society was literal, said William Beveridge, the father of British social reform. Human beings function more contentedly and productively, when they’re not worried about what happens when they fall ill.

The issue wasn’t one of socialism, communism, a mixed economy or even constitutional politics: The moral obviousness paying for social good health originated from a place free of polemics, whose national value only time would bear out — which is what Europe recognized more than a century ago.