Until the fat lady sings 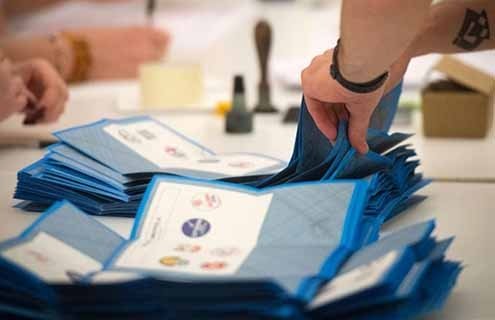 After an election defeat, out come the daggers.
O

n a gorgeous June evening, I did something very rare. I accepted an invitation to accompany my husband to one of his political dinners.

With my mother’s words ringing in my ears — “Put on some lipstick, for God’s sake, you look like you’re five…” — I made a slapdash attempt to look my age and joined my husband at a local trattoria.

The other diners were center-left candidates who had run with my husband in recent provincial elections, enabling his mayoral ambitions. Before the vote they’d spent almost every evening together, promoting themselves and each other and saying all manner of nice things about my husband.

That evening, I was the first to notice a couple of them were missing. The ones that were there had tears in their eyes and malice in their voices. The appetizer came with whispers about stolen votes, the main course was betrayal, and finally, for dessert, mutiny was served.

Previously on “In The Sticks”:

My husband ran for mayor of our La Maremma town of Manciano and lost, spectacularly. By 900 votes. In a town of 7,350 people where only 4,000 voted. His rivals might as well of run unopposed for all the impact Giulio’s group made. He wasted his time, his money and his wife’s reserves of patience. He killed his political career. Absolutely burnt it the ground, to then desecrate its remains in front of a hundred traumatized children.

Or at least, that’s how I imagine it in my head.

In the hysteria leading up to the election, these poor souls actually thought they stood a chance (so much so I was accused of brazenly and knowingly jeopardizing his entire campaign by daring to go to the supermarket in cut-off shorts). No matter how many times they told themselves they were going to lose, none of them saw the annihilation coming. Hell, even I believed in Team Giulio near the end.

As I sat there shoving cauliflower couscous into my mouth, I realized I was witnessing the seven stages of grief. Not experiencing them. Just witnessing them. When I received Giulio’s 4 a.m. election night text message I responded with the kind of nonchalance you can only expect from someone who’d spent the last month and half alone every evening. I’d lost the art of spousal sympathy.

I’ll admit I was a little miffed we lost by so much. I’d spent an entire month saying hello to strangers, smiling at ugly babies and trying to appear likeable and friendly. For nothing. Where was my commiseration from the candidates who had actually lost? Where were the sympathetic pats on my back? Where was my soapbox to share a heartfelt message of defeat? Nowhere!

Instead, I watched as a table of adults shook their heads in communal denial and ultimately directed their rage at Giulio. It was his fault they had lost. He was unpopular, unlikeable, insufferable even. Valid accusations admittedly, but you didn’t need an election fiasco to decide as much. Opinion polls on Giulio were in well before he decided to run. I’d been preaching the gospel of his unpopularity from this very pulpit for years! Read people, read — and avoid making the same mistakes again.

I did feel sorry for my husband. His ambition had blinded him to the cruel reality that people who don’t like you won’t vote for you, never mind your reform proposals. I learned this during high school student body elections but Mister Ironclad and his inflated ego had no such experience.

Now, my post-election sympathy is slowly ebbing. My husband is approaching his role as opposition leader with the same fruitless zeal he applied to being the town’s tourism councilor, except that now he’s working for free (welcome to being in the minority) and can’t stop the mayor from doing whatever the hell he wants.

In his place I would have flipped the town off the day after the election. I would have resigned as opposition leader with a hail of choice expletives that would have carried to the next town over (“Go ahead. Let yourselves be raped by incompetence and see if I care!”) What did he have to lose? No political party will have him now, in five years, or even in the next lifetime. He’s the political equivalent of a syphilitic Civil War-era whore.

But my husband and I differ greatly when it comes to matters of honor. He is a man of scruples. A man who refused to promise every other man and his dog whatever they wanted just to win their vote, even though he knew all along that the opposition candidate was doing just that. Scruples were the final nail the coffin of his political ambitions, but they will also be the legs that support him through another five years of pointless arguments and small victories that no one but his mother will appreciate.