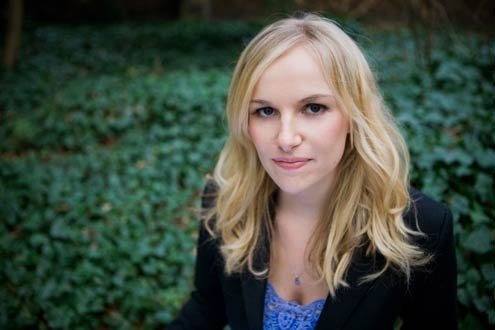 In her debut novel, “How to Be a Good Wife” (Picador: 2013), she swiftly links jagged shards of memory and recall in a taut psychological chiller.

Fortyish housewife Marta Bjornstad narrates her own tale. As best she can, since she can’t remember the first half of her life. She has a few imprecise images of a period when she shared Hector’s bed, prior to their wedding. Aside from one long ago shopping day in the nearest city, her private geography stops at their isolated village. There, Lego Land cottages spill down the valley toward a dark fjord, which seems as deep and impenetrable as her mind. Even “Marta” has no meaning. Her caretaker lover assigned her this name, with his own, for their marriage certificate. Shadows hover at the edges of her vision; dark edges hem her thoughts. Hector enforces her thrice-daily medication; it blunts attempts at recall.

What does she remember? Middle-aged Hector presenting her to the village as his new, young bride. To his mother he explained that “Marta” so suffered the loss of her parents that she has forgotten all of her earlier life. For a different audience, he teaches Marta to tell village neighbors they met in the summer, while both were vacationing on an island. To Marta, privately, he swears he saved her from drowning. Yet she senses that this episode occurred at the local fjord.

Despite these inherent contradictions in Hector’s cover story, Marta’s fellow villagers are oddly incurious about her sudden appearance among them, and equally indifferent to her unstable behavior. No questions asked. There is, after all, a prevalent notion that girls and women may go missing, have fragile minds, need help and care.

What’s left of life for Marta is over-performance of household chores. Her mental clock is set by Hector’s high school teaching schedule. As conduct instruction, she has her mother-in-law’s wedding gift: the “Good Wife” rule booklet. With her meds, and such a book, no woman would need a mind of her own.

Yet, in desperation and the lonely solitude of Hector’s domineering care, Marta reacts. Her account opens with a small trick: pretending to swallow those orange, mind-calming pills, only to throw them away. Once, in the past, she skipped them: when her adored son Kylan struggled toward adolescent independence. Her consequent mental collapse forced Kylan to stay close to home, with her. Now he lives in the city, and Hector won’t let her travel beyond their valley. It would be too unsettling for her fragile mind. By running the pill trick again she intends a second breakdown, to bring Kylan home.

Unexpectedly, the opposite occurs. In this second attempt the shadows in her mind suddenly slice open. Marta has brief glimpses of a young blond girl running, running fast alongside a great stretch of water, out of breath. There are also repeated visions of this girl in a small windowless cell. She is sitting on a cot. Marta can’t quite see the man who opens the ceiling trap door, and climbs down a ladder to visit her. When she is a very good friend and agrees to play cards with him he gives her food.

To the village doctor, who was first village neighbor to see this child-woman, and has been an unquestioning, and lifelong source of her orange pills, good samaritan Hector had introduced his “problem,” and confided: “What could I do? I found the poor, nameless waif on my door step.” Eventually, Marta will heave aside that hugely slabbed doorstep. She’ll bring the reader with her as she enters the tunnel beneath, to confront a tiny, windowless, dust-frosted space, with its single cot. Startled, she asks aloud to the damp underground room: “Who is Hector, really?”

Marta’s newfound images, names, places, comprise a complete and credible back-story. But will anyone who views this woman as irrevocably disturbed ever believe this new unnerving version? Will she be able to convince her son, who has already seen her in mental collapse? Who among genial Hector’s lifelong neighbors will imagine him as psychopathic, long-term abuser?