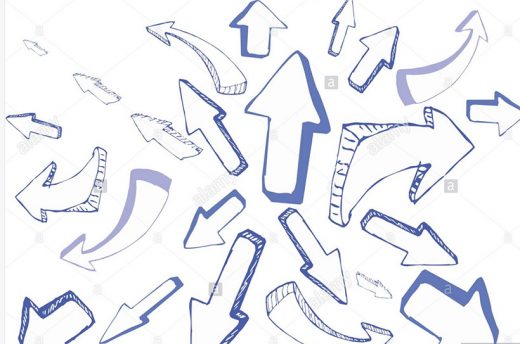 Policy can never have one aim or one end, not with dozens of global players in the mix.
T

he Trump administration’s stumbling policy rollouts are showing the public just how complicated governing is and how many moving parts it involves. In particular, the implementation of the U.S. withdrawal from the Iran nuclear deal is demonstrating how many questions policymakers must answer in the wake of a major decision and how many different players and interest groups inside and outside government they must bring together.

Though the Trump team may dramatize these difficulties, they are by no means unique. In fact, they are not even specific to foreign policy. One need only think of the difficulties encountered by the Obama administration when it implemented the Affordable Care Act. That troubled rollout illustrated the immense difficulties associated with making major adjustments to the healthcare system.

Such problems should not provoke defeatism, or a sense that new policy is impossible. Instead, they should confirm that change is in fact possible, no matter how arduous. Opponents of Trump’s policies are ill-served by underscoring the challenges posed in the implementation of new policies. Such rationale is misguided. In fact, by focusing on procedural difficulties rather than on substantive dissent, opponents simply offer future ammunition to those who might seek to preserve the status quo. This in turn will make valuable policies harder to put in place.

The difficulties in the implementation of a policy are most pronounced when they depend on buy-in from a plethora of uncoordinated international players. This is particularly true regarding the Iran deal pullout. On May 8, the administration announced that the United States would quit the Obama-era deal and reimpose sanctions on Tehran. Notably, the U.S. also threatened to impose sanctions on third-party countries if they failed to reduce Iranian oil imports by Nov. 4. This oil policy enjoyed great success between 2012 to 2015.

Forcing states away from Iranian oil means problems for India and China, among others.

Since May 8, however, the Trump administration has come to appreciate how many different players are active in the oil market, and how difficult it is to make a decision that will ruffle so many different constituencies. In a late June statement, a State Department official said that rather than simply reducing oil imports from Iran by Nov. 4, countries were expected to completely eliminate them. This aggressive timeline would mean eliminating more than two million barrels a day of Iranian oil exports from the market — and over the course of just a few months, a major displacement, and one that would be very difficult to put in practice for major importers (India and China among them). Moreover, markets were already reeling as Venezuela further reduced its supply. Not surprisingly, oil prices jumped with the news of this request.

Faced with rising prices at the pump, the administration had to turn to other players, this time oil producers, to ask them to make up for the Iranian shortfall. A decision that had started as a demonstration of U.S. clout at all levels, ended with the Trump officials trying to create a workable solution to assuage a panicked market. The debacle culminated with a Trump tweet: “Just spoke to King Salman of Saudi Arabia and explained to him that, because of the turmoil & dysfunction [sic] in Iran and Venezuela, I am asking that Saudi Arabia increase oil production, maybe up to 2,000,000 barrels, to make up the difference…Prices too [sic] high! He has agreed!”

As these difficulties make clear, policy is complex, and the gulf between announcing it and carrying it out wide. To be sure, others have fared better. When it imposed its own Iranian oil export restrictions, the Obama administration set gradual expectations and invested heavily in diplomacy to make sure it roiled neither markets nor partner countries. Still, the current difficulties suggest how daunting government action can be.

In thinking about global complexity, Walter Lippmann used breakfast as an example. The meal, he wrote, “depends upon workers in the coffee plantations in Brazil, the citrus groves of Florida, the sugar fields of Cuba, the wheat farms of the Dakotas, the dairies of New York” and was assembled “by ships, railroads, and trucks…cooked with coal from Pennsylvania in utensils made of aluminum, china, steel, and glass.” Because of the complexity of this system, and the likelihood of breaking it by intervening in it, Lippmann argued, the thinker could only focus on the enabling of this system, without touching the constituent parts. In practice, this meant ensuring free trade and staying away from subsidies and other measures that might distort each cog.

It may be tempting for Trump opponents to highlight his team’s dysfunctions and haphazard policy decisions and call for a hand-off approach articulated by Lippmann. They should not. They should focus on the substantive merits of these policies. Complexity should not lead to paralysis. Any future administration, if it wants to do more than enact change around the margins, will have to wrangle with the same difficulties. It should not bolster the impression that it is impossible to make policy. Policymakers should be bold and face each detail springing from their decision head on—even it if makes it a bit harder to make breakfast.