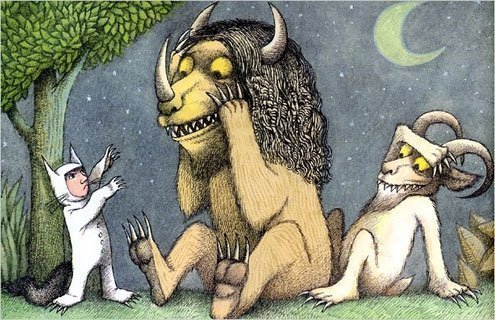 The mind of a child is rich in fantastic and primordial imaginings.
T

hree-year-old Jamie is in bed and his parents have just tucked him in and turned off the light. He starts crying and won’t stay in bed. He’s scared. “What are you afraid of?” they ask him.

We always tend to frame the question in a leading way, often without knowing it. What are you afraid of calls for an answer that asks us to point out the “thing” we’re afraid of.

So Jamie comes up with a “thing” and says he’s afraid of a monster under the bed or in the closet.

So his mummy turns on the light, opens the closet, moves the clothes, and says, “See? There’s no monster,” or his daddy gets Jamie to look under the bed with a flashlight and again, there’s no monster. “So there’s nothing to worry about, go to sleep.”

Too often, we presume that fear must always be about something concrete. But imagine if we were only. afraid of that which we knew was patently dangerous. Now, carry that solely rational way of thinking back to the Stone Age of caves and flint implements. Maybe a crocodile had never entered our village, so we didn’t know enough to know it was dangerous. Or maybe we had never seen a poisonous snake before. It would seem silly on the face of it to run from something just because we didn’t know it.

But if we were only afraid of what we knew rationally to be dangerous we probably wouldn’t have survived as a species. Humans populated the world long before iron, before writing, before cities and means of transportation. We lived in all sorts of climates and faced all kinds of dangers. Our early ancestors faced many strange animals and situations that they couldn’t possibly have been prepared for. Predators, stampedes, lightning, and floods probably would have killed most humans unaffected by visceral fear or unafraid of what they didn’t know to be dangerous. The fearless few wouldn’t have been scared into high alert by the strangeness of new animals, the raging fast-moving river waters, or the loud sudden noises of thunder or stampeding animals.

While humans are diurnal animals, unable to see in the dark, predators are frequently nocturnal. Early humans who didn’t sense the risk of roaming around alone in the darkness mostly died young, too young to reproduce and pass on their audacity.

Natural cues trigger fear in humans (as they also do in most animals). They protect us in the event we come across a large and furry feline. It matters little if that particular feline is actually harmless. Better safe than sorry.

It’s a remarkably efficient self-protective mechanism suited to all environments, whether savanna, cliff village, jungle or big city. If humans reasoned through everything, weighing the possibilities — “yes, the big feline makes noises, but maybe they’re friendly noise, but hmm, it has sharp teeth…” — by the time we saw the teeth we’d be a predator’s latest meal.

So, what are curbing cues? One is “looming,” or something coming up close very fast, whether a panther, a speeding four-wheeled Panda, a stampeding buffalo, or an out-of-control 18-wheeler. Looming triggers fear. Another is loud and sudden noises, thunder, say, or an explosion, a gunshot, or the roar of a tiger. Strangeness is yet another, triggering the better-safe-than-sorry response. Coming upon a tentacled blob slithering along the sidewalk, you know to keep your distance, even if you don’t know if the blob is actually dangerous. These gut level responses have allowed many humans to survive new environments.

Darkness is another vitally important cue. It’s as important to be afraid of the dark among predatory animals as it is in the city where different kinds of predators might lurk — not to mention the perils of your own home, where you risk tripping on the cat or the roller skates that your child might have left on the floor.

But the most powerful and important cue is being alone. Solitude magnifies all other fears. Nature documentaries show how predators attack an animal they’ve isolated from the herd, or how they’ll sneak up on the young left alone while their mothers forage for food. Few animals (or predatory humans) attack a group. Thus our children are born with strong attachment instincts. They cling and stay close. Adults also tend to feel more afraid alone than in the presence of someone they trust.

So when your child says he’s afraid at night, there may be nothing — no thing — to fear, no actual monster. But stay with him until he’s asleep. Or leave a light on. Fundamental instincts guide his worries. They extend beyond immediate safety to the future feeling of safety he’ll get from knowing he’s not alone.