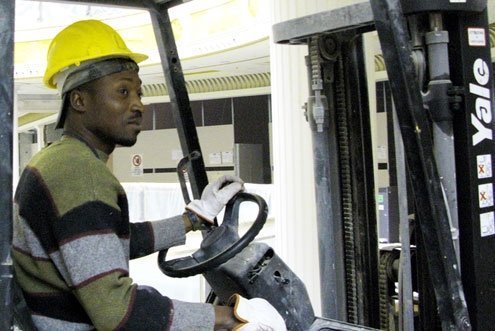 An estimated two million ethnic Italians are now in the work force, but only two percent will ever be eligible for a pension since they don't have fulltime contracts
A

ll four of my great-grandparents are of strictly Italian lineage, and my grandparents after them, and my parents, and now me. In elementary school, creating pie charts of my family background was easy: while the other kids divided up their construction paper circles into careful wedges (a quarter Irish, a quarter German, half French) I transformed mine into a Margherita pizza and proudly wrote 100 percent in black Sharpie.

The smell made me dizzy. When I was even younger, I took the concept of my family tree project quite literally, pasting pieces of real bark from our backyard’s maple onto a poster board outline of a trunk. The leaves were shaped like boots, the silhouette of Italy.

One year, my mom swabbed the insides of our mouths with Q-tips and sent the results to National Geographic’s lineage project. Months later, complicated graphs and a series of maps arrived in the mail confirming what we already knew: we were Italian. Hints of my heritage are found in most memories of my childhood, too. I could hear it in my grandmother’s accent and see it in the stern black and white wedding photos of great-great aunts and uncles framed and hung in our hallway.

I even had an Italian pen pal who was a distant cousin named Mariagrazia. She would write to me in elementary English and send me magazine clippings of Leonardo DiCaprio, which I hid in a shoebox under my bed. I took a certain pride in my Italian-ness. It somehow made me special, perhaps even a bit exotic, I thought, impressing my lunch companions with the word for “table” and “sandwich” in Italian.

Yet regardless of my heritage, I’m the first to admit I’m American, a realization that has become glaringly apparent since I moved to Italy. I didn’t grow up speaking Italian at home (I was 16 when I first learned how to conjugate a verb in my grandparents’ language) and I never visited Italy until high school.

I brought peanut butter sandwiches to school and wore flip-flops from March to October. Growing up, I swam in the Atlantic and went to middle school dances where I anxiously sipped punch and nibbled on pretzels at the snackbar. I never learned Italian nursery rhymes, or grew up with the legend of the Befana, nor did I ever have to choose between the liceo classico or liceo scientifico. I speak Italian with an accent and still slather my bread with peanut butter, not Nutella.

Despite my self-perceived foreignness, I fit in here better than most immigrants, even those who were born and raised here, and there are many. The fact is, the streets of Italy aren’t like Fellini’s version: Italy is made up of family-run trattorias and ancient monuments but dark skin and hijab veils and Tagalog too. Indian, Filipino, African, and Chinese people have flocked to Italy and made their lives here. Though they have children in Italian schools and speak mothertongue romanaccio, they are often considered less Italian than I am, an uncomfortable injustice. “Where are you from?” I heard an Italian woman ask a student yesterday. “Ethiopia,” she responded. The student’s Italian was flawless— she also dressed like a typical Roman high schooler, and complained about passing her Latin exam. Wasn’t she Italian?

“Where are you from?” I’m asked. “America,” I reply. “But you have an Italian last name so your Italian,” I’ve been told matter-of-factly. While I hold an Italian passport thanks to my grandmother, those who were born here and lived here for the past 18 years with immigrant parents do not, a reality that makes me feel oddly sheepish.

This phenomenon pervades a wider sphere in Italian society as well — the public is constantly reminded that soccer player Mario Balotelli is from Africa, despite the fact that he was raised in Italy by parents from Brescia. He’s also been taunted for his race and “foreignness” by rival teams and Italian spectators. Ultimately, I am more foreign than he is; yet many in the country would disagree.

I often wonder at what point Italians of different races and ethnicities will finally be considered Italian; when questions about their identity will lessen, and maybe even diminish. Will it take two, three, or four generations? Will Italy evolve and slowly, begrudgingly, begin to acknowledge those who aren’t ethnically Italian as one of them? When will experiences count more than skin color?

Today I went to buy a new modem for my apartment. My Internet had been disconnected at home after a break in the U.S. and I was ready to change my provider anyway. The boy at the WIND store was probably Filipino ethnically, but strictly Roman. His ear was pierced and his haircut was short on the sides and longer on top, the trend of the moment with Roman boys. His nametag read Giovanni. “Vorrei cambiare gestione — l’Internet non funziona a casa,” I said, explaining my dilemma. “Internet,” he repeated gently. I forgot — no article before the word internet. His Italian, after all, will always be superior to mine.