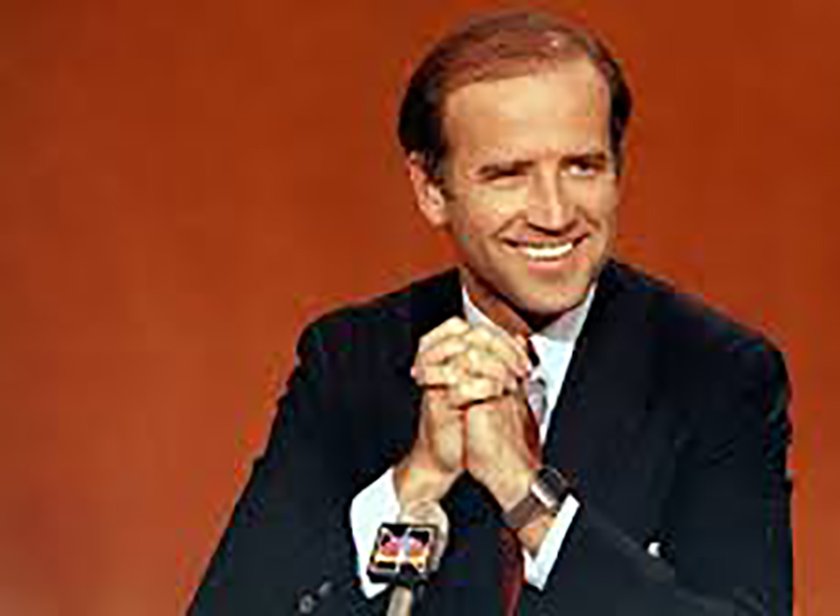 oe Biden may or may not ably and effectively manage the ever more bumptious United States, but what matters for now is the prevailing sense that unlike his soon-to-be predecessor he is a stable and decent man.

This is not a political assessment, nor is it based on corona virus strategies. It instead concerns the simple but vital matter of personal integrity, a trait so often absent from Donald Trump’s demeanor that even his best intentions came across as laced with petulance.

Trump’s angry effusions pleased those (and they are many in number) eager to identify with someone who, in the words of one congressman, “ripped off the Band-Aid,” which Trump did repeatedly, for better or worse.

This leaves Biden to restore balance to an office occupied for four years by a raging bull.

Trump’s “America First” fugue too often sounded like Trump first. His many animosities obscured some overdue policy aims, including the re-evaluation of trade ties with China and the ever-thorny matter of illegal immigration.

Those who rallied behind Trump need no bonfires lit under their fallen leader.

But so outsized and gladiator-like was his vehemence it left observers with little choice but thumbs up or down, the idea of “politic” behavior blown apart by choice.

Just how Biden can bring restraint to bear in such a climate is, frankly speaking, unclear. Yet he must try, mindful however that Trump’s banishment does not end Trumpism, nor will it silence his backers in the Republican-controlled Senate.

Those who rallied behind Trump in 2016, and again this year, need no bonfires lit under their fallen leader. Biden should know this, and know also that his kind uncle image helped him avoid traditional liberal traps and win a very close election.

His most daunting task is to find a language that might help him bridge a partisan divide that has become more tribal than political, with each tribe pledged to its own dialect and cultural rites and preferences. Postwar American commonplaces such as “Let’s come together as a nation” no longer apply, nor is there an agreed-upon vision of the American “us,” and with it shared optimism. The Girl Scouts are gone.

Trump’s defeat came not at the hands of some mass resistance movement but as a result of countless small insurgencies fueled mostly by corona virus fears and unsettling spasms of racial violence. His idiosyncratic vision of Manifest Destiny grew so bloated with ego and a stubborn refusal to accept responsibility for obvious missteps that even allies sensed trouble ahead.

Again, though, Trump loyalists won’t give an inch to the newcomers – unless, miraculously, Uncle Joe finds a national dialect that works. He may well appoint “national unity” Republicans to a number of key positions in an effort to forge just such a language.

As things stand, there is no civil dialogue between, say, those who seek common acceptance of gender fluidity and name-changing historical revisionism and those who swear by traditional models of sexual morality and consider history, Union or Confederate, as sacred. Nor is there a diplomat capable of making change seem less menacing.

Trump was not wrong to disdain so-called “cancel culture,” and Biden should avoid portraying those culturally resistant to cultural inclusion as automatic bigots — to do so suggests persuasion is archaic, which it can never be.

At times, America can resemble a Northern Ireland of The Troubles, when Catholics and Protestants coexisted in name only, sectarian clashes at the ready.

Trump plumbed that strife and was energized by it, promising to give the country’s overlords a piece of the commoners’ mind, and this he did perfectly, creating a presidency based above all on personal likes and dislikes.

These biases he inflicted on the status quo, to great glee among those thankful to finally see a bull in the china shop, beholden to new advisors and true only to his often meanly impulsive zeal. A second term was in sight until the virus spread and George Floyd’s murder combined to galvanize previously discordant Democrats. They impeached him in the House, insisted he was all but mentally unfit to lead. Virus victims were hyperbolically anointed as fallen heroes and heaped at his doorstep. Democrats thus turned the tables on the finger-pointer, the tormented adopting the ways of the tormentor to sharpen their scorn. And it worked.

Being no fool, Biden will know he cannot broker a partisan ceasefire by preaching only to his own clapping choir.

Biden is no fool. He will know he cannot broker a partisan ceasefire by preaching only to his own choir (which Trump did with a solo artist’s abandon). Biden will need to make inroads in Trump-land to better position his party for 2024, when, at 82, he may well step aside in favor of his vice president.

He cannot simply ignore the conspiracy theories which animated the Trump electorate. He must instead acknowledge and debunk the meaner crowd, or co-opt it. One way to do so might be to portray the United States of America as the greatest and most enduring conspiracy of them all, and suggest that belonging to it includes America First.

Cheering Trump’s ouster isn’t enough. Liberalism must acquire a vigor and credibility that avoids scowling on populism, since social media is populism in digital disguise. Trump sensed this and all but dispensed with advisors in his combustible relationship with the world around him. As his own man, deplored or beloved, he put forth the first-ever unassisted presidency, in which only his character mattered.

Biden’s difficult but not impossible task will be to begin to relaunch American bipartisanship. Biden is a politician, which is to say a creature of advisors, as well as a congressional veteran. Biden is also the purest Washington insider since Gerald Ford, the former House Minority Leader who took over from the disgraced Richard Nixon, yet another controversial Republican president.

But his first test will come on another sickness front, when he announces his virus strategy, almost sure to include federal orders some respond to as castor oil. Trump’s deference to state authority has left a mark, so has the building of a border wall whose dismantling may not come easily. Trump’s DIY presidency, low on advise and consent, won fans because the man in charge was a salesman and riverboat gambler like no other before him, a 19th-centuury figure at heart (a century that fosters nostalgia like no other, at least among rawer conservatives). Let Democrats discount these fans at their own peril.

By all means salute Joe Biden, not only the decent one but perhaps the needed one. But do not envy him the the job ahead. He came of age in Pledge of Allegiance America that prized the line “one nation under God, indivisible.” The “one” has fled, the “indivisible” on anti-depressants, and God only one blogger among billions. Such is the irascible whole career politician Biden must attempt to placate.

And even if he only makes it half way there, he will have made Harry Truman-style history.