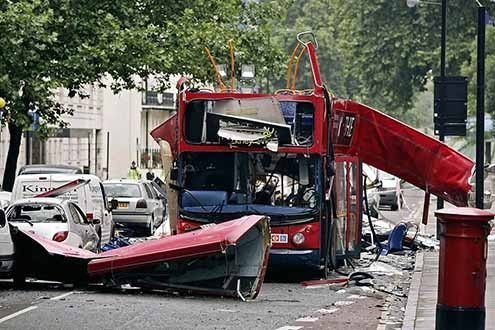 European cities, including London, Paris, and Madrid, have all been hit with terrorist violence since 2001. Not Rome.
S

ince 2001, European cities have endured all manner of terrorist attacks, including explosions in buses and commuter trains, gangland-style shootings, random knifings, and now, as would-be assassins find weapons increasingly harder to get, curb-jumping van and truck attacks that take a medieval battering ram approach. London, Madrid, Paris, Brussels, Berlin, and Moscow have each faced the wrath of Islamic extremists, some more than once. Last summer came slaughters in Nice and Barcelona. Notably absent from the list is Rome, which might seem like a stroke of providential luck given that the city hosts the Roman Catholic Church and tops the world in annual tourist arrivals.

But it’s not about luck.

Italy is Europe’s most malleable and valuable human colander, a pathway into the continental heartland. Jutting into the Mediterranean, it and Greece absorb more refugees from Africa and the Middle East than most other European countries combined. It’s both a landing point and a corridor for those eager to head north. It’s also an escape hatch or a fallback should refugees meet resistance once they venture past the Alps, where documents matter.

Italy’s less-than-thorough, anti-Teutonic approach to law enforcement — evasion and circumlocution intrinsic to its culture — allows both insiders and interlopers far greater latitude in operating below official radar, and doing so extensively. While Italy represents no picnic for dispossessed pilgrims, it is temperamentally closer to anarchism than police roundups. Its institutional blind eye, when turned (take income taxes), can stay that way indefinitely.

Moreover, Italy’s multilayered criminal organizations, which are amply populated by non-Italians, can give passers-by temporary “employment” and means to blend into the country’s incalculably vast paralegal backdrop. Gatecrashers are used and abused, or both, some put to work on the fringes of thriving markets for prostitution, drugs, weapons and human trafficking Modern Italy still hosts Europe’s most absorbent old school grand bazaar, and no terrorist organization in its right mind wishes to undo that permissiveness by agitating the Italian state. Italy, and to a lesser extent Greece, possesses an inner elasticity that keeps all manner of bartering alive. Intralazzi, insider trading of a sort, fosters a between-the-lines approach to legal norms whose espresso-flavored opportunism can appeal to otherwise West-hating, Sharia law-oriented extremists. They see in Italy a plethora of muddy possibilities that sterner states keep under lock and key.

Extremist recruiters — like those from gangland groups — depend heavily on young men and women who, while now perhaps at home in Britain, France or Belgium, once made their way from Morocco, Libya, Algeria, Tunisia, many first traveling from North Africa through the Italian sieve. Those fleeing violence in Sudan, Mali and Niger pass through the same porous filter.

Terrorist organizers are strategists above all else (their social media dexterity a good example). Their twin-focus remains to unsettle former colonial powers that now host large Islamic ghettoes and wound the newly sabre rattling transatlantic superpower that swears by Israel and still holds significant sway throughout the embattled parts of the Middle East.

What end is served by running over civilians in Rome or blowing up a church? None. Such moves would only limit Italy’s pliancy and potentially spoil the groundwork for attacks in high-profile cities where the underground fight between secular authorities and terrorist networks is closer to war.

Lax Rome, while deep into the tussle, is free of its scarring, to some extent because immigrants and radicals alike are reluctant to stab it. It is spared overt acts of terrorism in the same way the carrier of a contaminating disease is immune to the malady itself. Even now, in the 21st-century, exists in the spirit of the Open City of World War II, hospitable to those the make, intrigued by plots and life lived between the lines, pledging allegiance to any side on any given day while allergic to any form of absolute loyalty. Cheaters and crooks welcome, so long as they’re not caught.

So it is that that Rome — Europe’s Typhoid Mary — remains asymptomatic and unsullied, at least for now.