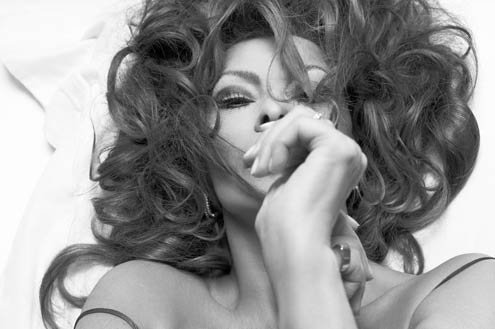 Loren was 72 when she posed for the 2007 Pirelli calendar.
I

magining Italian screen goddess Sophia Loren as a teller of poignant World War II stories seems unlikely at best. Yet she can be just that and more. Six decades later, many of Loren’s most compelling memories still reflect the Nazi occupation. “[W]hen I was six,” recalls Loren, “war came to Pozzuoli. It seemed that overnight German soldiers were everywhere.” The last-ditch German effort to secure Naples suddenly became a part of her everyday life.

Now 78, Loren endures not only as a groundbreaking sex symbol and an international style icon but also as the reigning paragon of ageless, European beauty. At the red carpet launch of the exclusive Pirelli calendar in Rio de Janeiro in November, Loren — anointed as the company’s calendar girl in 2007 at age 72 — stole the show from twenty-something supermodels.

More than most personalities of her generation, the harrowing and impoverished wartime days left a mark. “I’ve never tried to block out the memories of the past, even though some are painful,” says Loren, born in 1934 as Sofia Villani Scicolone in a Rome charity ward for unwed mothers.

Loren’s mother Romilda Villani was a native of Pozzuoli, a teeming Bay of Naples city often mentioned alongside earth tremors and mob ties. Villani, an aspiring pianist, actress, and a dead-ringer for Greta Garbo, once won a screen test trip to Hollywood after entering a Garbo look-a-like contest.

But Romilda’s parents worried she’d follow the path of Rudolph Valentino, who absconded to the United States, and refused to let her leave. In defiance, Romilda slipped off to Rome where she met Sofia’s father Riccardo, a deadbeat Lothario who impregnated her twice before marrying another woman. Broke and disgraced, Romilda returned to Pozzuoli with her daughters, Sofia and Anna Maria (the future ex-wife of Benito Mussolini’s youngest son, Romano), moving into her mother Luisa’s house, a two-bedroom home already bursting at the seams with various relatives.

Pozzuoli’s seaside location and a wartime munitions plant, where Loren’s grandfather and uncles worked, made the city a prime target of Allied bombing raids. The family often found shelter in train tunnels, but during one attack Loren caught shrapnel in her chin, leaving a scar that remains faintly visible.

As the raids intensified, Pozzuoli was cut off and the city’s watermanes destroyed, making food and water scarce. At times, Romilda siphoned water from automobile radiators, rationing it to her daughters by the spoonful. Loren, tasked with picking up the family’s tiny bread portions from the local bakery, confessed she was often hungry enough to sneak a piece on the way home. “Of course, when you are seven years old, and you have painful contractions in your stomach from not eating, the sight and smell of fresh bread is beyond your willpower,” she told A.E. Hotchner, author of the highly acclaimed biography, “Sophia Loren Living and Loving: Her Own Story.”

Loren’s family eventually fled Pozzuoli for Naples where they stayed with relatives. When the Fascist regime collapsed and Italy denounced Nazi Germany, aligning itself with the advancing Allies, Loren began overhearing tales of atrocities that she described as “too terrible for my young mind to accept.”

“Reprisal executions in public, vicious anti-Jewish propaganda, torture by pulling out fingernails, burying people alive, burning them in ovens, human soap factories, concentration camps — these were some of the things I heard my family talking about.”

A week after her ninth birthday in 1943, Loren witnessed the Four Days of Naples — the brutal September uprising against the city’s Nazi occupiers and their Fascist cohorts. “The worst bloodbath of all,” she called it. Loren remained haunted by the killing of Naples slum kids who filched gasoline from Nazi tanks to set enemy vehicles ablaze. More than 500 died in the uprising and the city was later collectively lionized for its heroic efforts.

“These were ragamuffin little boys, mind you, ranging from 5 to 10 years of age, whose courage was unbelievable. They attacked tanks and trucks and installations, and no German soldier on the street was immune from their swarming attacks. Their firebombs were exploding everywhere, and some of them had grenades and ammunition, which they had stolen from the Germans. I couldn’t believe my eyes.”

The rebellion essentially prevented the Germans from focusing on the Allied advance. Naples was liberated on Oct. 1, 1943.

After the war, Romilda took her daughters back to Rome where Loren began her sensational rise from skinny peasant to global cinema siren. Re-christened Sophia Loren by a producer in 1952, the actress who had gotten her big break in Vittorio de Sica’s “The Gold of Naples” won the Academy Award for Best Actress for her starring role in the 1961 de Sica film “La Ciociara,” or “Two Women.” It marked the first time the prize was awarded for a non-English speaking performance. Loren, playing the young widowed mother Cesira, earned a total of 22 awards, including the Best Performance prize at the Cannes Film Festival.

Based on the 1957 Alberto Moravia book of the same name, and produced by the late Carlo Ponti, Loren’s husband of 50 years, “Two Women” tells of a mother trying to protect her devoutly religious, 12-year-old daughter (played by Eleonora Brown) from the horrors of war. But mother and daughter fall asleep in a church where they are gang-raped by Goumiers, Moroccan soldiers fighting alongside the French. These troops became notorious for their rape and killing sprees, known as Marocchinate.

Loren’s gripping performance came not only from the script but also from what she knew first hand. “The images came pouring out, flowing, flowing, sometimes with just one take, with this full emotion that could not be faked,” she wrote in 1966.

Loren’s character Cesira is also a tribute to Romilda, “a vehement iconoclast — fiery, eccentric, beautiful, uninhibited, stubborn,” as Loren has described her. Romilda always came to mind when Loren transformed her childhood terror into that of a desperate and tormented adult: “The images of my mother, when she used to go in the streets looking for food because we were so hungry, and she stopped people and said, “Give me some of that bread in your hand — something!”