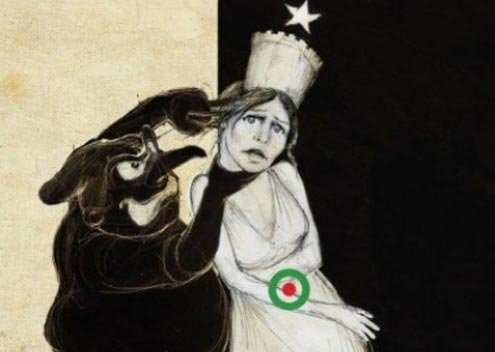 hen it comes to literature and documentaries about Italy and its politics there’s no lack of choice. Some material is good, some less so. Many writers and filmmakers harbor their own agendas, and most are highly critical.

So I was naturally skeptical when my family and I sat down to watch the newest addition to this already overpopulated space, journalist Bill Emmott’s documentary “Girlfriend in A Coma.” Emmott’s girlfriend, of course, is Italy, a country he’s been obsessed with for years (he actually began his career in Japan, which he wrote about often).

Emmott is also a former editor of the Economist, a magazine that while globally respected tends to divide public opinion when it comes to its distinct views on specific countries and their leadership.

I have my own views on the magazine’s biases, but don’t get me wrong: I’m a big fan. The Economist often accompanies me on my commuting journeys. Still, I continue to see its approach to Italy as filtered through a very Anglo-Saxon lens. In its effort to provoke, it is often negative and taunting, with rare snippets of the country’s fairer side (outside tourist sites and food).

It stands to reason I was expecting the worst from Emmott’s documentary. What I saw instead was an insightful portrayal of Italy, albeit a depressing and intensely negative one. Emmott uses prominent themes from Dante Alighieri’s 14th-century “Divine Comedy” — including corruption, political ambivalence, and the power of the Catholic Church — to make comparisons between Dante’s time and the present. His conclusion is that Italy is in a worrying and fast-paced state of decline, becoming the kind of country Dante himself most feared: factionalized, greedy, and irresponsible.

The first part of the documentary, whose chapter heading is Mala Italia, is a depressing litany of statistics. There’s Italy’s disgraceful press freedom record, woeful data on corruption, examples of gender discrimination, and a mention of the record low numbers of university students and equally low newspaper readership (TV all but owns the news). Interspersed are interviews with some of Italy’s best and brightest, including acclaimed novelist Umberto Eco, Roberto Saviano, author of underworld exposé “Gomorra” (still under constant police protection), and investigative journalist Marco Travalgio, deputy editor of the daily Il Fatto Quotidiano and a prominent critic of former Prime Minister Silvio Berlusconi. Their views are chilling.

But just as you get comfortable with the hopeless, the documentary shifts gears to its Buona Italia segment. This part thankfully focuses on the positive, including the Se non ora, quando? movement (“If not now, when?”), led by women for women, and founded in 2011 to resist patriarchal and discriminatory portrayals of women and to stand up to the rampant macho-ism embedded in Italian society.

Movement member Lorella Zanardo features prominently. A journalist, author, activist, feminist and blogger, she made her own documentary, Il corpo delle donne (“Women’s Bodies”), in an effort to draw attention to gender discrimination. The film shows how Italian television trivializes and sexualizes women, a longstanding pattern that has grown over the last two decades. Television is so powerful in Italy, she argues, that such representations come to permeate society and culture itself, almost automatically diminishing the accomplishments of women. Activists like Zanardo, though working against the odds, are making gradual inroads in changing the way women are represented in Italian media, a painstaking but desperately needed transformation.

As an Italian, I respected Emmott’s nod to the positive, particularly at a time when the negative is trendy. Emmott also tips his hat to successful Italian businesses, including chocolate-maker Ferrero and the Slow Food movement. These examples may seem old hat — neither enterprise is new — but they still demonstrate that chaotic Italy is not entirely lacking in business sense.

The documentary’s website says the film’s intention is to “build awareness in Italy and around the world of the true nature and severity of the decline of this once-great Western democracy, to warn other countries that a similar destiny could await them, and to serve as a call to action, at all levels of society.”

Dramatic? Yes. But not unrealistic.

Emmott’s alarm bells are loud. As are the voices of who insist rumors of Italy’s demise are greatly exaggerated. But the film’s resounding ending, which I won’t spoil, is anything but hopeful.

Yet I do hope. Why? People tend to forget Italy’s longevity, first as a collection of small but powerful states, then as monarchy under Church influence, later as a totalitarian state, and finally as flourishing if flawed democracy. Papal rule was expected to last forever. It didn’t. Italians know how to push for change. They may go about it in unconventional ways (behold the rise of Beppe Grillo’s Five Star Movement), but the willingness exists, and to quote the slogan of the woman’s movement, which no longer seems clichéd: “If not now, when?”