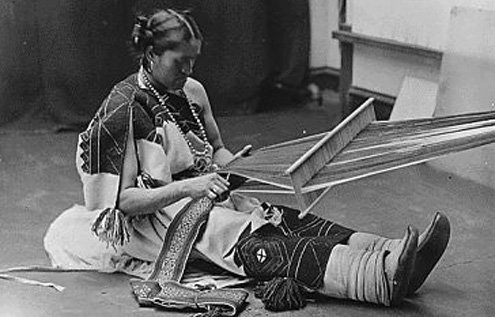 n amusing 19th-century travel narrative by Ukrainian explorer Yuri Lisyansky from the time of tsarist colonization of Alaska tells of a Russian missionary who, while living among native Alaskans, was on the verge of celebrating a marriage. As the ceremony date neared, the horrified priest learned that the Aleut couple he was about to wed was actually composed of two males. Needless to say, the discovery led to the union’s precipitous canceling.

Equally shocked was Edwin T. Denig, a trader for the American Fur Company who in 1833 traveled deep into Crow Indian country in Montana. Among the Crows, Denig observed, it wasn’t unusual to see men dressing as females and vice versa. These individuals were held in high social esteem among their tribe. “Most civilized communities,” wrote Denig, “recognize but two genders, the masculine and feminine. But strange to say, these people have a neuter. Strange country is this, where males assume the dress and perform the duties of females, while women turn men and mate with their own sex!”

Both accounts — and similar ones — are contained in Will Roscoe’s seminal work “Changing Ones: Third and Fourth Gender in Native North America,” a thorough study of gender diversity among pre-Columbian Native American societies. The presence of individuals considered neither male nor female among the indigenous populations of the Americas was noted long before the Alaska and Montana stories. Sixteenth-century Spanish writers and explorers such as Bernardino de Sahagún, Bernal Díaz del Castillo and Gonzalo Fernández de Oviedo, to mention only a few, wrote detailed accounts describing such “abominable, savage” custom among natives.

Anthropological literature long referred to such people as berdaches, a French word for “homosexual” first used by French explorers and missionaries. That word is now seen as pejorative, carrying a derogatory nuance in semiotics while also defining a native culture through a colonialist label. The preferred term is Two-Spirits, which derives from an expression in the Anishinaabek (or Ojibwa) language.

Yet the use of Two-Spirits as an umbrella term to describe gender diversity in traditional Native American societies is a recent convention. In the pre-Columbian and early colonial period, indigenous societies used their own tribal language to identify such individuals.

Indeed, the term Two-Spirits effectively describes not only their dualistic gender identity but also the spiritual power such figures were believed to wield. The sacredness of an individual’s mission in life was of paramount importance to many traditional Native American societies. Gender peculiarities were seen as a manifestation of the will of the deities and were often thought to bring good luck. Two-Spirits were frequently reserved a special social status in their tribe. As neither men nor women, they were seen as gender mediators.

Cross-dressing was a distinctive feature of Two-Spirits, as was the performance of cultural activities traditionally related to the opposite sex. Two-spirits were often healers and associated with the supernatural. Perhaps the best known Two-Spirit was We’wha. Born in New Mexico in 1849 and a member of the Zuni tribe, We’wha is described in anthropological literature as an exceptionally gifted individual, particularly skilled in pottery and weaving. With a kind and curious soul in addition to a creative mind, We’wha befriended the Protestant missionaries that settled temporarily among the Zuni in 1877. We’wha learned English and appears to have actively collaborated with the missionaries in a school run by members of the Protestant mission. Around that time We’wha’ met American anthropologist Matilda Coxe Stevenson, an acquaintance of the missionaries. Although Stevenson and We’wha cultivated a solid relationship — she described her friend as “the most intelligent person in the pueblo, with an indomitable will and an insatiable thirst for knowledge” — it was only decades later that she learned We’wha was anatomically male.

In 1886, Stevenson and We’wha travelled together to Washington, D.C., where We’wha offered weaving demonstrations at the Smithsonian Institute and even met President Grover Cleveland. While in Washington, We’wha was perceived as a woman in anatomical terms and did nothing to clarify the error. According to scholar Roscoe, who detailed We’wha in his book “The Zuni Man-Woman,” Stevenson remained unaware of We’wha anatomical sex even though the two lived together for six months. She appears to have learned the truth around 1904. Interestingly enough, the anthropologist continued to address her Zuni friend in her journal as a “she” even after the discovery.

Though natives deliberately saw Two-Spirits as neither male nor female but as gender mediators, the fact that Stevenson didn’t change her opinion is also significant. It shows that We’wha’s role as a mediator in fact surpassed any traditional trans-gender dimension, expanding its agency into the field of cultural mediation — and all this long before gender definition and debate became common.