Twisting in the wind 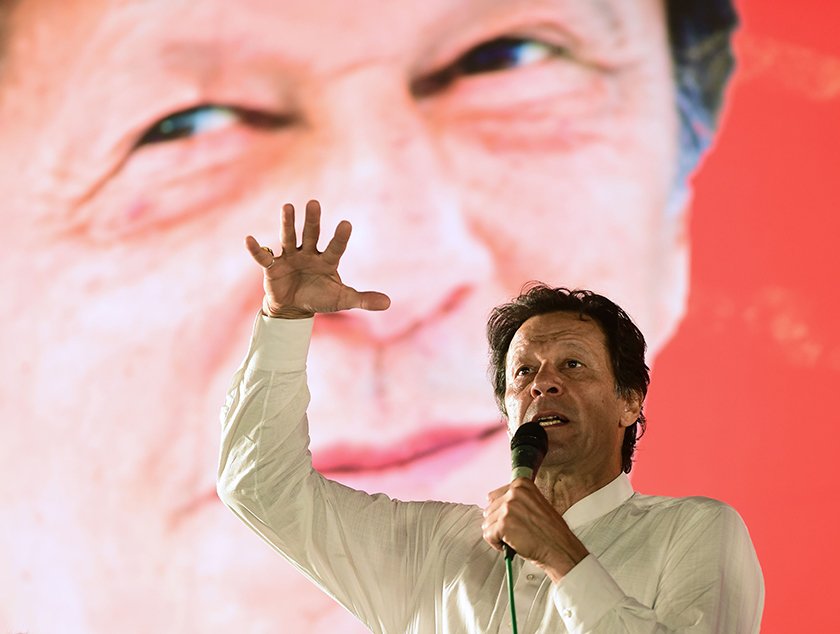 Pakistani Prime Minister Imran Khan does does not appear to be on the Biden Administration's radar.
S

ince taking office, the Biden Administration has made its top foreign policy priorities abundantly clear — it seeks to stand up to China and Russia, rebuild alliances, focus on climate change, and find some way out of the messes in Iran, Yemen, and Afghanistan. These issues sorely need to be attended to, yet one country is absent from an otherwise urgent agenda, at least so far. That country is Pakistan. And its absence doesn’t bode well for American strategic priorities.

Whatever may be going on behind the scenes, the United States and Pakistan have refrained from the customary formalities that usually follow the start of a new American presidency.

There has so far been no public acknowledgement, on either side, of a phone call between President Joseph Biden and Pakistani Prime Minister Imran Khan. Defense Secretary Lloyd Austin has not yet spoken to his counterpart. Not since 2019 has Chairman of the Joint Chiefs of Staff Mark Milley spoken to his counterpart. And the State Department lists just one tense phone call between Secretary of State Antony Blinken and Foreign Minister Shah Mahmood Qureshi in late January as the sum total of senior-level diplomatic engagement. For countries that were once strategic partners, this seems strange.

For the first time since at least 1998, and likely even further back, Pakistan is not part of the foreign policy discussion in Washington.

It is too early to say that Biden’s team is ignoring Pakistan. But for the first time since at least 1998, and likely even further back, Pakistan is not part of the foreign policy discussion in Washington and is simply not a priority for a new U.S. administration. The big question, though, is should it be?

The answer of course is yes. Pakistan continues to represent challenges for the United States — challenges that need attention and must be turned into opportunities.

The biggest challenge still, nearly 20 years after the September 11 attacks, is stemming terrorism. Although terrorist attacks in Pakistan are down significantly from their peak in 2011-2012, that doesn’t mean they have been completely snuffed out. In 2020, the number of fatalities from terrorist incidents ticked up to almost 40 percent over 2019, reversing a ten-year decline. Already, 2021 is on track to be even higher than 2020, a concerning sign of where things are headed.

Even more concerning is that the Tehrik-e-Taliban Pakistan (TTP), also known as the Pakistani Taliban, has been regrouping since last summer. The TTP, responsible for the majority of civilian and security deaths in Pakistan since 2007, was decimated between 2013 and 2017 by a deadly combination of active operations by the Pakistani army and U.S. drone strikes. Unfortunately, both countries turned their attention away too soon.

Recent reports indicate that the TTP is once again consolidating its power by striking deals with breakaway factions, bringing them back into its orbit, and is making a comeback in the northwest provinces of Pakistan, where the security situation is deteriorating. The group is also busy making alliances with other major terrorist groups in the region such as ISIS-Khorasan (ISIS-K) and rebuilding ties with old stalwarts like al Qaeda. TTP’s control of local entities, attacks on security forces, and targeted killings are all reportedly on the rise. 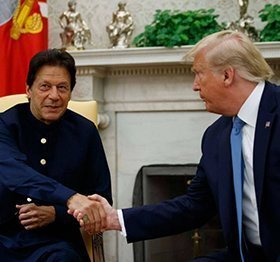 The return of the TTP, and its leadership of a new generation of terrorist fighters, presents two major problems. The first is the obvious — the stability of Pakistan itself. At its height in 2010, TTP controlled major swaths of Pakistan’s northwest, including territory only 50 km from the Pakistani capital of Islamabad. There was such concern about the country’s security that contingency plans were being made about where to move Pakistan’s nuclear weapons should the capital itself fall to the TTP. Although the reconstituted TTP is nowhere near to having this kind of influence, history has shown that, left unchecked, the TTP can regain its standing in only two or three short years.

The second major issue is that the TTP maintains close ties to the Afghan Taliban, meaning that a stronger TTP only further complicates an already vexing peace process. While the TPP does not have designs on power in Afghanistan, they do want a sanctuary in both countries, an open border, and influence in Kabul. Injecting these demands into any Afghan peace negotiations will bog things down even further, throwing a potential U.S. departure into further disarray.

Beyond terrorism, economic issues loom just as large in Pakistan. Since taking power in 2018, Khan has not been able to revive Pakistan’s economy or set it on a promising path. In fact, the economy has gone in the wrong direction. Even before the pandemic, economic growth was anemic, coming to only 1.9 percent in fiscal year 2018-2019. COVID-19 delivered another wallop, driving the growth rate into negative territory for the first time in 70 years. The Pakistani economy wasn’t strong to begin with. But now it seems to be kept afloat by international assistance and remittances from abroad. As Pakistan’s economic crisis intensifies, it faces a long road to sustainable growth and development.

Underpinning these issues is Pakistan’s democracy itself, which remains fragile. Although Pakistan has not had a military government since 2008, and not had a coup since 1999, the political situation is still far from stable. The military remains the most competent and functional organization in the country and the threat of a coup always hovers over the government, simply one major crisis away. Many speculate that Khan owes his grip on power to the military, which gives a good indication of who really holds the reins of the country.

All of this bolsters a situation where Pakistan is ripe for manipulation by the long and ever lengthening tentacles of China. While Pakistan already considered China to be an “all-weather” friend, the past several years have seen a marked increase in the strength of their relationship. China is spreading infrastructure money around the country (as part of its Belt Road Initiative) and it is stepping up its defense trade and cooperation, stepping in to fill purchase orders that once went to the United States. As the United States has pulled back, Pakistan has willingly gone further and further into China’s grasp.

Just as importantly, Pakistan should not be viewed simply through the prism of third countries. The country is important to the United States for its own sake. Having a strong, stable, and secure country wedged between two strategic partners has been in the national security interests of the United States for decades, and continues to be. The alternative, a potential failed state, or one perpetually on the edge, threatens the stability of the entire region, reigniting dangers that the U.S. has been trying to suppress for twenty years now.

The biggest challenge, still, nearly  20 years after the September 11 attacks, is stemming terrorism.

In addition, if Pakistan feels neglected, it will likely lash out to protect its own national security interests. We have seen this before and it isn’t pretty. The perception in Islamabad that the United States is a “fair-weather” friend can lead it to engage in behavior detrimental to regional security, such as stoking cross-border terrorism, driving insurgency in Kashmir, or taking support from the Middle East and Gulf region.

In recent weeks, Pakistan has made it clear that it wants a stronger relationship with the United States. There is some question of how sincere that desire is, but after four years of strategic neglect under the previous administration, the Pakistanis are hoping for renewed ties, particularly on the economic front. Pakistan has come to the slow realization that it cannot take U.S. interest for granted, as it has for much of their long relationship. It also realizes that despite growing ties with China, the United States is still the key to its economic future.

Diplomats often talk about “shared interests” and “alignment of objectives” in assessing the importance of a bilateral relationship, the notion being that if the two countries have similar interests and goals, only then will they be able to work together. For years, the United States and Pakistan shared neither interests nor objectives, yet were forced into a difficult partnership by circumstances outside their control. Only now are these strategic interests starting to align. Despite all of the other priorities vying for its attention, the United States should make room on its agenda to take advantage of this alignment. Doing anything less could have disastrous consequences.