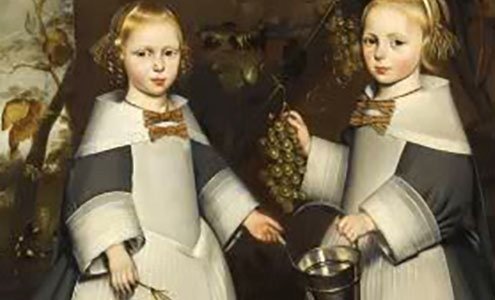 One cook's love affair with "exotic" food began at age 15 in a high school cafeteria in Houston.
S

o there I was, 15 years old and floundering as 15-year-olds sometimes do. I was in the school cafeteria, settling in for lunch with my brown bag at a table of fellow flailing students, and in came the Erlich twins.

The twins’ family owned one of the best clothing stores in Houston, and we all longed for at least one of their party dresses, or at least a beautiful sweater or skirt from the riches on their racks.

But I was far more interested in their lunches. After all, the Erlich twins were wise beyond their years. They were sophisticated, they had traveled, they scored 100s on all their tests. They were twins from a different culture, a fascination of itself.

With all due respect to my amazing mother, whose sandwiches of thin-sliced rare roast beef, butter and my grandmother’s dill pickle made the rest of the school day tolerable, I would glance across the table at Cissy’s and Judy’s creamy chopped liver pâté, glistening with chicken fat and the subtlety of sweet onions, or at their little elegant glass dishes of herring in sour cream or gefilte fish and wonder if there might possibly be something I was missing in the food world. Foodies were yet to be born, but with my mother as mentor, I saw clearly in the Erlich’s chicken livers a path for my taste buds to discover new riches.

My mother’s cooking was revered among family and friends. Sandwiches of grilled red pepper pimiento and aged cheddar cheese or sliced breast of chicken with Dijon mustard and homemade mayonnaise on my mother’s fresh-baked whole wheat bread were not, no pun intended, chopped chicken liver.

But somehow, the twins’ exotic plates of sliced marinated onions and potato latkes with sour cream seemed to me as from another world about which I was seriously uneducated.

From an early age, my fascination with and love of many cuisines took me through volume I and II of Gourmet magazine’s recipes, the French Larousse, even ancient cookbooks from China and Japan. Alas, however, I lost track of that peek I’d been given into the Erlichs’ world.

My great fortune in Los Angeles was to become fast friends with a well-known restaurateur and his wife, both brilliant cooks who kept kosher at home as a tradition but who enjoyed anything put before them at others’ houses and from other countries.

From their kosher kitchen, we enjoyed crispy triangles of paper-thin pizza to dip in hummus or savored wild sea bass served on a silky reduction of sweet onions and Amarone. The desserts were often a brilliant homemade dark chocolate chip or Madagascar vanilla or wild strawberry gelato adorned with incredibly nutty biscotti or tuilles.

One of my favorite gatherings with these extraordinary cooks was their yearly Passover Seder dinner, each bite of which was a meaningful and surprising taste of history. By itself, the fragrance of their matzoth ball soup was enough to tell me why this night was special.

And now along comes the brilliant Yotam Ottolenghi, taking over my and London’s palate with recipes that combine the exotic flavors of the middle east — tahini, harissa, pomegranate seeds and more — with just-picked fresh vegetables and succulent marinated meats and poultry. Ottolenghi, of Italian and Israeli parents, has broadened and enhanced my knowledge of that culture’s food about which I knew so little.

In truth, that enhancement began oh so long ago, at age 15, when the Erlich twins, gazing longingly at my roast beef and butter sandwich, said, “Hey, how would you like to trade lunches today?”

I couldn’t believe my luck, but I did keep the pickle.