Twice upon a Carla 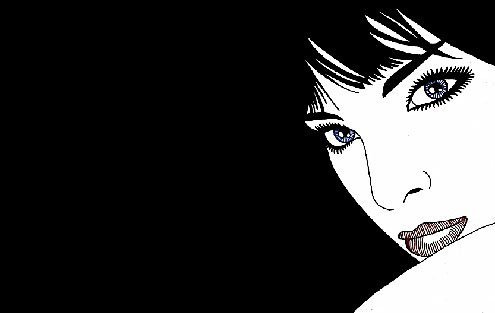 Details are shady as to what exactly happened that night in Stefano’s studio apartment ...
I

n determining the nature of the beast that is Roman Dating, beginners are encouraged to observe with care before putting anything to practice. It’s a bewildering journey, and in the next few months I’ll be your guide. We’ll examine couples, or pairs rather: how they met, what was said and done, and where it all led, or in some cases, didn’t.

Dating is like everything else in this city: laws are apparently arbitrary. While protocols do exist, they tend to apply strictly when convenient. As far as romance is concerned, preconceived notions of right and wrong are best checked before boarding.

Coupling throughout the millennia has signified many things: pagan lasciviousness, political marriage (expediency), lyric romanticism, and Christian sacrament. The result — to those of us fresh on the scene — is a seeming chaos of inexplicable pairings.

Love has a habit of showing up unannounced, and lust… well, the idea of fidelity is a very good place to start.

Scene of encounter: The editorial office of a private TV station.

Carla spent most of the last year of her relationship with an acne-prone policeman cheating on him at every opportunity. Misunderstood, neglected, and bored in a single-phobic society, she got plenty of kicks on the side. There was the bagnino (lifeguard), the piccoletto (younger man), the ballerino (salsa dancer), and a whole series of “that (insert hair color) from (insert dance club).” The remainder of the year was spent telling us about it — in the office during smoke breaks until 5 p.m., and over Prosecco and snack mix at the bar afterward.

Enter Stefano, on a nine-month stint as our office tech director. Silent and sullen, he had recently been stung by the reappearance of his scorned ex-girlfriend Melania.

The daughter of distinguished professors, wealthy and super-intellectual Melania had made Stefano feel at once unworthy and triumphant. She was the living embodiment of everything he would never be, and she was crazy about him. They traveled Europe, shared all major holidays, and watched films with subtitles. Only Stefano read them. Mamma and papà objected to the match, and she rebelled by loving him even harder.

In a fatal combination of her parents’ disapproval and his Roman male ego, he eventually cheated on her with an aerobics instructor from Puglia, who was gifted with flexibility, stamina, and an “anything-goes” sexual policy. She read subtitles, too.

Melania caught him in the act and they didn’t speak for a year. She threw herself into her studies, completed a second Master’s degree, and got an internship with the United Nations. Stefano continued his cardiovascular workouts for several months until the thrill was gone.

A month after he signed on with us, Melania returned to the scene. She’d lost 20 pounds, gained some self-respect, and called him just to say “hi”… It was the first step in a well-paved road to vendetta.

Quite untypically, Carla paid him little attention in the beginning, as she perched her full bottom on his desk, and faced the rest of the office, elongating and contracting her limbs as narrative required. Stefano’s eyes vacillated from the computer screen to the wallet-size photo of the ex he had printed from a recent email; his gaze rarely settled on the heaving, zaftig forms in his direct line of vision.

Until one day. Be it frustration or desperation, as Carla giggled and carried on, cigarette in hand, he began to notice the swell of her hips just beyond his computer monitor. Every inch a perfectly-executed invitation.

Then she caught him looking. He asked her for a drag — though he never smoked during the workday. She curled around and lowered the smoking cigarette’s last centimeter to his lips.

Melania had been a challenge. Carla certainly was not.

Stefano’s cigarette consumption rose drastically in the months to follow. He puffed away as Carla recounted the previous nights’ hijinks, pausing for his reactions as we cast silent bets as to when the two of them would finally just do it. Would Stefano make the leap from audience member to willing accomplice?

Finally, what had been on all of our minds, alcohol consummated. A hook-up occurred. Details are shady as to what exactly happened that night in Stefano’s studio apartment (she says “massage,” he says “more”), yet in the days to come, it became blatantly clear. He had leapt.

Almost overnight, our office smoke breaks became, their office smoke breaks. At first glance things appeared much the same. Carla sprawled on Stefano’s desk, her eyes lively as she chattered on. Only now, we were the ones observing her sinuous gestures and hair tossing. From behind. When called to participate, we were generally asked would we care to join them somewhere Friday night.

Something clicked. Somewhere, two people found a mutual sense of legitimacy and adulation. What followed, was taken directly from a screenplay montage: Eight months, four scenes of jealousy, innumerable displays of public affection, a teddy bear (and a chocolate bunny or two), countless love notes, rosy anecdotes, and a Paris-trip later, they were engaged.

If anyone was cheating, no one was telling us.

One year later they would marry.

Still incredulous, during the Bachelorette party, we watched as a rippled hulk of a man writhed on Carla’s lap. Upon emphatic request, she smeared oil across his freshly-waxed pectorals, her hands recoiling in a show of utter revulsion. Was she truly embarrassed, or merely in a dress rehearsal for the part she was set to play for life?

However, on June 23, in an unabashedly Roman affair (I was seated at the Coliseum table), Carla, the sultry daughter of working class, south-side rhinestone-in-the-rough Romans swore to love and respect Stefano — the last of five relatively privileged sons to marry and carry on the family name.

Until death do they part.

Stefano swore the same. In assuming the role as provider, he offered Carla the opportunity to partake in the age-old tradition of movin’ on up. He will now submit to her every whim, quietly confident that she’s in his financial hands forever. She will throw multiple-course dinner parties, shower him with surprises, scented candles, and a baby or two.

They both knew where they were coming from, and exactly what they were getting into. My fellow foreign companions and I were the only ones lost.

Only here, in a city clinging to institution yet lusting at the seams, is such a union possible, prevalent even. While seated at the Coliseum, a thought did cross my mind between glasses of Falanghina: Rome has been living, loving, and procreating for over 2000 years.

It must be on to something.