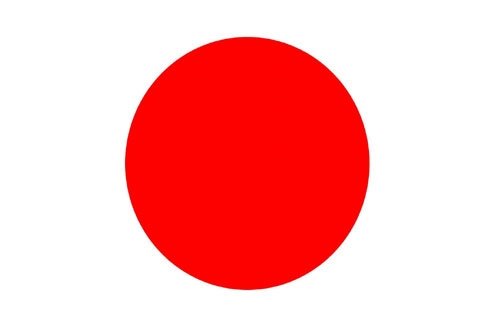 What to choose: Nation or culture?
T

he other day I met someone whose sister had become a Japanese citizen. This information unsettled me deeply. So deeply that even after several days, I was still disturbed by her renouncing American citizenship and taking a Japanese surname.

The last bothered me so much that I checked it out. Although taking a Japanese name from an approved list is no longer required, Japan does not permit dual citizenship and immigration officials still make home visits to see if the aspiring Japanese have assimilated.

Another source of disturbance was hearing about it in September, which is a sensitive month for me. Returning from summer in the United States triggers annual uncertainty about what and where home is. I still live on the academic calendar, which means September is New Year, complete with resolutions and melancholy thoughts about passing time. September 2010 brought new melancholy in the form of children leaving home and discovering that my wrinkled knees now resemble my mother’s more than mine. The Japanese citizenship question fell on ground fertile for musings on identity and living abroad.

One musing this sensitive moment produced was that we who make a long-term investment in another culture — unlike expatriates who merely reside in another country — pass through several phases of identity questioning and evolution.

The first coincides with our arrival in a new culture. That moment forces us to sort out what in ourselves is intrinsic and what is cultural. The handy markers that help us understand who we are at home disappear abroad. Where we grew up, who our parents were or where we went to college are meaningless in another culture. Slipping these identity moorings is disorienting. But it can be liberating when new friends have only our personalities and daily actions to judge us by.

In addition, hidden facets of ourselves that new languages and cultural norms bring to light can compensate for this lost understanding while also enriching us.

The desire to understand and integrate in the new culture complicates this phase because we must mesh new self-understanding with the expectations of those around us. Back home, they think we have gone native. Our adopted culture makes us feel like eternal outsiders. Psychologically, we are bipolar, flip-flopping between two selves.

Later we reach an equilibrium that, psychologically, is more like multiple personality disorder. Many voices and identities cohabit in us. We shift among them according to circumstances or convenience. Did you do something strange or violate a cultural norm? Go ahead, blame your inner Italian or inner American.

These phases of cultural and identity adjustment often correspond to life changes. Arrival in a new country may coincide with starting adult life, a new career or relationships.

The second phase may commence when — or because — these elements become stable. The competing claims of the cultures we straddle may fade into the background of the self-created and all-consuming worlds of our immediate relationships and busy daily lives. To our cultural identities are added other ones: parent, professional, adult children. On a scale where white is our original culture and black is the new one, we have now chosen a comfortable tone of gray.

The third phase, which hit me this September, corresponds to ageing and the emptying nest. In this phase, home ties weaken with our parents’ deaths. Divorce and death dissolve bi-cultural couples. Children may scatter around the world. Instead of choosing where to put down roots, we may have to choose where to be when fate cuts us off for good. Do we stay here or go home?

This is back to the bi-polar, white or black choice. Only now, years of living in the cozy gray zone have made it harder than it was the first time around.

Back to the Japanese question. Almost more disturbing than giving up her original citizenship, was that the sister of my friend also took a Japanese surname — and she wasn’t married.

Many cultures give two names — first and last in our case — one for use in the intimate personal sphere, the other for the social/public ones. The first is what family and friends call you. The second one “places” you, or says who or what you belong to.

You may be someone’s wife — Signora X; you may be red — Rossi; be from Rome — Romano; belong to a clan — McDonald; or represent a trade or craft — Baker or Smith; or be someone’s daughter or son — the Scandinavian “son” or Hebrew “ben.”

When this woman took a Japanese surname, it was as if she said she belonged to Japan — a country and culture, and not a person or family. I could never do this. Fortunately I’ve never had to.

But if Italian law had forced me to take a side, I would have chosen Maddalena Di Giovanni. Not much would have changed — I’d still be Madeleine, the daughter of the son of John — and free to drift into my own, still-gray future.