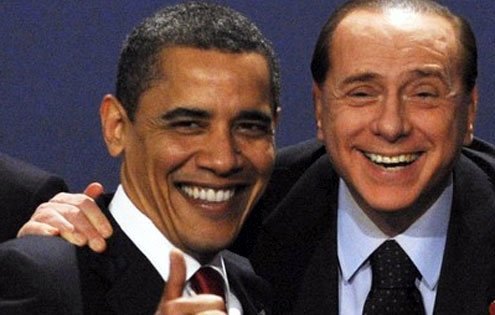 Okay, Okay, I get it. It’s the rest of us who aren’t behaving like true Americans anymore.
D

ear Mr. President, How I admire your calm and collected approach to, well, everything. I feel much more relaxed now that you are in charge. But Mr. President, if I may ask, are you sure you’re an American?

It’s not my intention to offend you, but I must point out that something is missing. I’m talking about that fly-off-the-handle, risk-taking Jesse James in all of us. That spitfire, riled-up trailblazer who makes us do crazy things like risk millions in the stock market and buy highfalutin homes on variable interest rates with no down payment. You know, that wildness, that uncontrollable nature that is transmitted to us from the immense land beneath us. That borderline recklessness that makes us drink too much beer in college, live on dreams and drop everything moving an average of 13 times in a lifetime. Have you ever drank too much beer, Mr. President?

You are so cool with your expert teams, flag lapel pin and teleprompters galore that I’m beginning to think that you are more like them than like us — them being the Europeans. You know how they are: careful, reserved… old.

Sometimes it seems the only American thing about you is your wife: tilling up the White House lawn, showing off her bare arms at the Senate, she even got the Queen in a public half-hug — the photos are all over the Internet. Now that’s a true American.

You, on the other hand, say things like, “I don’t want to pit Red America against Blue America.” You greet Chavez with “Como estàs?”. And you let Castro accuse you of “misunderstanding” without ever setting the record straight.

John McCain, God love him, at least got red in the face a few times. Now, he understood the importance of pitting one against the other — you know boxing, the Super Bowl, “Gangs of New York.” Mr. President, have you forgotten the importance of a good fight?

Okay, so maybe I’m being a little unfair.

To your credit, your coolness has filed down our over-the-top-rock-star-party image. You’re trying to close Guantanamo, you cut out that Bush-era-terrorism-fear lingo and I haven’t seen any more red and yellow threat level graphics flashed across TV screens followed by news of where to buy duct tape and gas masks. That’s a relief. You’re opening talks with old “enemies,” attempting to resolve two wars and you’re even trying to play on a level field. You must have listened in kindergarten: be kind to others; if you haven’t got something nice to say, don’t say anything at all; no hitting or kicking. Too bad Bush missed out on that lesson. I shouldn’t forget the work you’ve started on stabilizing the economy, healthcare reform and energy matters. Gosh, you’ve been busy.

Mr. President, come to think of it, you do have Jefferson’s passion, Abe’s foresight and FDR’s immediacy. You inspire like Martin Luther King, you’ve got Jack Kennedy’s good looks and I admit, I did see you tossing around a football in the Oval Office; and yeah, you did install a basketball hoop on the White House tennis court. Okay, Okay, I get it. It’s the rest of us who aren’t behaving like true Americans anymore.

So you brought change to Washington and now you’re changing (or changing back) the definition of American. I could get used to that strategy. Maybe careful and reserved aren’t so bad. Who needs big cars and global wars? Abe, Thoreau and Johnny Cash all lived in log cabins, why couldn’t we?

But Mr. President, being American also means being relentless, getting fired up, following your wildest instincts and often — not sometimes — disregarding logic in pursuit of your dream. That’s how we won independence, kept our nation undivided, became world leaders and elected you as president. In this land of opportunity, this is your opportunity to reinvent and preserve who we are.

Barack Obama, you are the new apple pie.

About the Author: Jessica Carter

Jessica Carter, a native of the Missouri Ozarks, worked her way out of the countryside, up the television news ladder, and onto the anchor desk. Just months after making it to the top, she packed her blue suits, sold her big car and kissed America goodbye. Today she lives a leisurely life in Rome where she works as an editor and online producer. She is married to artist Alessandro Scarabello.