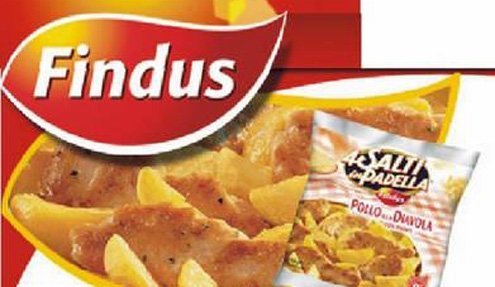 Welcome to the new Italy.
N

ot long before writing this, my wife and I took our son back to the United States for our annual visit. My mother, understandably excited to see a grandson whose company she can only enjoy a couple times a year, sent my wife a flurry of planner emails prior to our arrival. What should we do first? Would he like to visit the aquarium? What about the movies? Has he seen “Happy Feet”?

Imagine her surprise when we landed and confessed that our first trip would have to be to Super Stop & Shop.

For those of you unfamiliar with America’s eastern seaboard, Super Stop & Shop is the American alimentary equivalent of Mecca: Lord-knows-how-many square meters of food and beverages line aisles the size of airstrips. There’s a produce section gleaming with pyramids of polished fruit; fresh fish and meat coolers that stretch over a football field in length; “ethnic” foods, Technicolor cereal boxes, a fresh bakery, florist shop and a Dunkin’ Donuts mini-store. They even have amusement park perks: we pushed our son down these epic epicurean corridors in a shopping cart that had been outfitted like a model fire truck. He sat there happily for the entire tour, spinning a mock-up steering wheel and ignoring our oohs and aahs as we ogled the gastronomic garden of delights.

What’s not to like? It’s a Disneyland of food: fun for everyone. The irony is that we don’t buy all that much, or at least nothing special. Certainly nothing we’d actually consider putting in our mouths. We’re in it for the wonder factor, the thrill of finding weird and unusual foodstuffs. This trip’s winners were prunes impregnated with raspberry and banana essence: a “raspananarune,” if you will. That’s not what they were actually called, but the name seems appropriate since past champions have included the “turducken” (a turkey stuffed with a deboned duck that’s been filled with boneless chicken…ingenious), and “yogorollers,” dried fruit processed into a pulp and rolled out into strips rippled with alternating ribbons of yogurt solids. Yum.

What struck me upon our return to Italy and the cramped aisles of Esselunga was just how far Bella Italia has progressed along its own path to junkification. You’d think that one of the undisputed culinary capitals of the world would be immune to the joys of junk. But take a good look at what’s on the shelves of Italian supermarkets. I’ll skip brand names to preempt an irate email from my editor, but with a pair of open eyes and a little shopper savvy, you can guess what I’m talking about.

A company once famous for little more than chocolate spread now presents a panoply of mouth-watering wafers, chocolate bars and gooey treats. Italian cereal aisles that once contained nothing more radical than muesli, the alimentary equivalent of Liquid Plumber, now host row upon row of sugary cereals, many of which are direct mockups of famous American brands, and are produced by the supermarket chain itself. Forget good ole muesli: it’s been replaced by new crunchy, forest fruit, chocolate clump and yogurt chip cousins. Major bakery and dried goods companies that once offered nothing more radical than a few unusual dried pasta shapes are merrily marketing snack bars and crème-filled pocket pastries that are contemporary evolutions of the Twinkie, the ultimate American junk food.

There’s nothing scientific in this, no research study or Gallup poll, but the young Italians I see seem to be feasting themselves on these homebred snacks just as happily as their American counterparts, and the current fashion for low-riding waistlines mercilessly lays bare the effects. I hear Italian parents complain that their children are fattening out, maxi-snack packing like never before.

I see the first tentative editorials lamenting Italians’ degenerating eating habits. Let’s face it: the modern sugarcoated barbarians are not at the gate, they’re in the supermarket, and often already in the stomach. And for once we can’t blame Bush. Given the companies promoting these products, I’d say Italy is in it up to the wallet. Pecunia non olet, after all.

Of course, the joys of junk are simple: it’s relatively cheap to make, can keep seemingly in aeternum thanks to the supernatural powers of modern food preservatives, and requires little or no prep work to make the trip from shelf to palate. You just purchase, pop open and pop in. And the pleasures of monosodium glutamate and tartrazine can’t be denied. But I’m amused, maybe even a little alarmed, at how quickly Italy’s supermarket aisles are giving themselves over to junk.

I’m betting this is only the beginning. After all, the joys of junk are hard to refute. I’ve got my eye out for tachipapollo. I’m just sorry there will never be room in Italy’s crowded aisles for a flashing fire truck shopping cart.