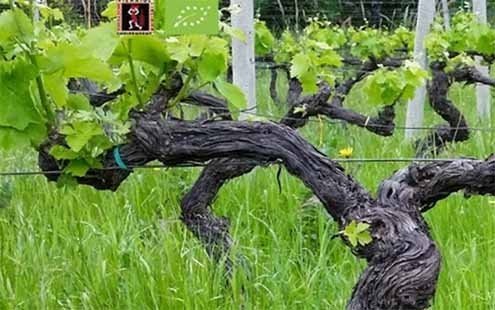 ’m a big fan of natural wine. In a nutshell, that means wine manufactured in vineyards that don’t use pesticides, industrial fertilizers or pre-selected yeast. Natural wine is all about the character of the land, or its terroir.

But the growing natural wine industry faces major hurdles. For example, natural wine still doesn’t have a specific legal definition or even a tip-off on the label that allows wine lovers to instantly distinguish between natural and commercial wines. Making things even more complicated, most winemakers aren’t especially fond of the trendy “natural” label.

Then there’s the seedier side. As natural winemakers increase in number, so do those who abuse the term, tinkering with purity and leaving serious wine drinkers confused and disillusioned.

Some were more naturally inclined than others, but they all provided an opportunity to round up friends and discover serious producers and their wines.

After some tasting and later sampling, I added a number of new and genuine natural wines to my cellar.

— The ‘A Vita vineyardsits in low-lying hills near tiny Cirò, Calabria. Eight hectares of local grape varieties (including Greco Nero, Bianco, Gaglioppo and Magliocco) are grown on clay and marl soil, which adds fresh acidity to the wine. ‘A Vita has been praised for its red wine, À Vita Cirò Rosso Classico Superiore 2010. It’s notably tannic (start puckering) with a floral aroma. It would be lovely with a lamb stew on a chilly day.

But it’s the ‘A Vita Calabria IGP Rosato 2015 that made me grin. It’s a fresh rosé with tantalizing acidity and the aroma of raspberries, wild strawberries, and roses. Prices range from €12 to €15.

— Azienda Agricola Gueli near Agrigento, Sicily aims to stand out. This isn’t your father’s monochromatic Nero d’Avola, the kind that typically reeks of tobacco, spices and toast. The Gueli family planted Nero d’Avola grapes in two soil types in different parts of the vineyard. The result is two reds, Calcareus IGT and Erbatino IGT, distinctly different character made completely from Nero d’Avola. They reflect their soil, Calcari — limestone, stony and calcareous, or calcium rich soil — and Erbatini — chalky soil. Not a speck of dirt makes it to your glass. Calcareus IGT 2013 (€19) is fresh with decisive acidity and fruity notes of blackberries, black cherries and plums while Erbatino IGT 2013 (€17) is more full bodied. Try Calcareus with classic arancini or pizza and Erbatino with meatballs.

— I first stumbled across Tenuta Dettori wines years ago at wine tasting in a tiny bar in Rome. Although Sardinia’s emblematic grape variety may be Cannonau,it’s the white wines that got my attention. Though Dettori had been producing wine for generations, they only began bottling it in 1998. Tenute Dettori’s vineyards occupy 24 hectares in northwestern Sardinia (Romangia). Soils range from sandy to limestone.

They make three 100 percent Cannonau wines (Tuderi, Tenores, and Dettori) as well as Vermentino, Monica, Pascale and Moscato. I recommend you start with their entry level white, Dettori Vino Renosu Bianco (€10). It’s savory and medium bodied with fruity and spicy aromas best enjoyed with appetizers. Follow that up with Dettori Bianco 2015 (€24), a versatile dry white that transmits the aroma of brandy and dried figs and is made entirely from Vermentino. Try it with blue cheese, pasta with vegetables or grilled fish. If your menu contains grilled meat, lamb stew or aged cheese I recommend picking one of the Cannonau wines. Fruity and spicy Dettori Tenores 2012 (€40) conjures up black cherries, plums, herbs and leather.

— Vini Ferrara Sardo’s vineyards are located on the north side of Sicily’s Mount Etna. Bruno Ferrara Sardo produces ‘Nzemmula, which is made from the red grape variety Nerello Mascalese and yields a light-bodied red. The 2012, 2013 and 2014 vintages reflect their the weather patterns of their respective years, though all have noteworthy acidity.

The 2012 vintage contains intoxicating notes of almond, cherry and chocolate (like a torta caprese topped with baked cherries.) The ready-to-drink 2013 brings to mind fresh cherries, citrus, flowers and a hint of spice. The balanced and beautifully bold 2014 is marked by its floral character, with strawberry and some spicy, earthy notes. I’ll set it aside for one-to-three years. Try them with cured meats, guinea fowl or earthy dishes. They range in price from €25 to €45.