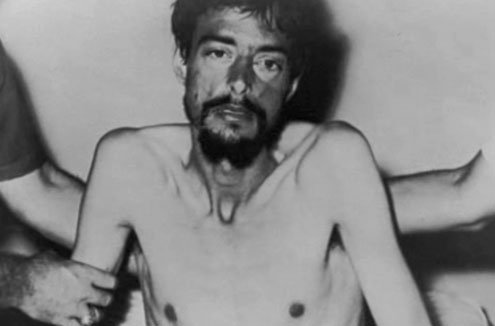 ocumentaries often tell us lies. But more troubling than an insincere documentary is a documentary that makes a claim on the “Truth.” This kind of documentary is ubiquitous. Its veracity is written into the name: a document of something real. An anti-fiction.

Some documentaries are more aggressive about their claim on Truth than others. Cinéma vérité — French for “truthful cinema” and defined by a naturalistic look that is, in fact, highly stylized — is one documentary style that claims to be more Truthful than the rest. Just like Direct Cinema, which attempts to record events with as little disturbance from the director and camera as possible.

Orson Welles mocked the entire matter of truth in his enigmatic 1975 film “F for Fake.” Scripted by Welles’ longtime girlfriend Oja Kodar, it’s not a formal documentary. More like a tasteful, delightfully pretentious precursor to the sensationalized reality television shows of the 21st century — or what Welles called a film about “trickery, fraud and lies.”

Welles informs us at the film’s start that for the next hour, he’ll tell us nothing but the truth, and he does: recounting the glamorous story of the art forger Elmyr de Hory and the art dealers who knowingly turn his fakes for profit, and Clifford Irving’s hoax “authorized” biography of Howard Hughes. By the end of the hour, Welles has moved on to a story involving Pablo Picasso and nude paintings of Oja.

Welles then tells us he’s been “lying his head off” for the last 17 minutes.

Another contrarian unconcerned with achieving the “Truth” is director Errol Morris (“Gates of Heaven,” “The Fog of War”). In “The Thin Blue Line,” he made the brazen choice of using reenactments to the true story of a man wrongly convicted of murder. Those reenactments did more than “real” footage ever could to convince viewers that they should start doubting the justice system.

Even when Morris interviews someone for a film — for example former U.S. defense secretary and “architect of the Vietnam War” Robert McNamara in 2003’s “The Fog of War” — he uses unorthodox techniques to get his own set of answers. He’s known to sit behind the camera, hidden by a black box or wall, so that the interviewee is left alone with the camera – and perhaps uncontaminated by Morris’s physical presence. I suspect that’s how he got McNamara to cry.

But no other director has yanked the truth and run with it more than Werner Herzog. What the German director labels “ecstatic truth” might be described by the rest of us as a bald-faced lie. As a fan of Herzog’s work, I’ve reached the point where I now look forward to each of the little “lies” in his documentaries. They’re fun to spot. U.S. Naval aviator Dieter Dengler’s obsession with opening and closing doors in “Little Dieter Needs to Fly” (1997) is just one peculiar example. The movie is about Dengler’s Vietnam-era imprisonment in Laos. I noticed two more lies a few months ago, while watching Herzog’s 2010 documentary “Cave of Forgotten Dreams,” about the mysterious Chauvet Caves of France and their immaculate, 30,000 year old cave paintings.

The first lie was a sub-plot about master perfumer Maurice Maurin, who walks through limestone paths showing off his skills in “sniffing out” hidden caves.

The second was a man named Wulf Hein, an “experimental archaeologist” who wears reindeer horns and plays the Star Spangled Banner on a reproduction Caveman flute.

Taking those two men out of the context of the film makes them look silly. But in context — and I recommend you see it in a movie theatre with 3D glasses as Herzog intended — the unusual habits of the two men serve as a romantic reminder of the cave’s occult appeal. It’s that occult appeal Herzog wanted us to see. Nothing more, nothing less.

The point is that it doesn’t matter if the men’s stories are true. And that what Herzog is doing really doesn’t count as a lie. Herzog is adding and subtracting to achieve a greater Truth: although not based in reality, he challenges how society has come to determine what is “Truth,” and what is not. We have to touch the truth with “a pair of pliers,” he says, because we’ll never get anywhere close to it.

Why is it, then, that against our better judgment, we still want to believe that one documentary can show us a more authentic truth than another?

It seems only Orson Welles knew the answer to that question — it’s why he felt compelled to make the film to begin with.

But, something of a charlatan, he chose to brush the question off altogether: “What we professional liars hope to serve is the truth. I’m afraid the pompous word for that is art.”