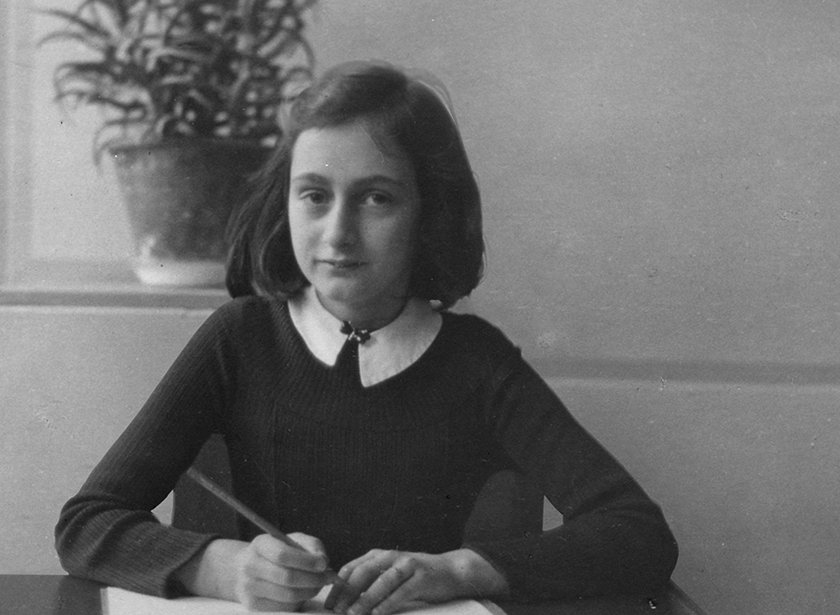 Anne Frank: shut in but ever hopeful about those around her.
N

ot long ago, a poet friend asked me to write the afterword for his most recent collection, titled “Think of All the Beauty Still Left.” The title paraphrases a quote from Anne Frank’s diary, and, put bluntly, it wouldn’t be right to go through these confusing and confining months without seeking guidance in her war-era wisdom.

“Of course,” you will say. “The Diary of Anne Frank is an undisputed classic, a window into a life in hiding.” The Dutch-German Jewish teen spent much of World War II in an abandoned building with two families.

My poet friend, who recommended it to me, had read the book as a youth and it had moved him deeply. It seemed time that I open it.

I sit in a garden chair in idyllic Normandy. Though I’m confined, and it can be maddening at times, my situation bears no relationship to Frank’s daily effort to stay alive. Still, she offers a lesson in living that is universal.

Recently, two months into quarantine, I realized that isolation was a coin with two faces, or perhaps a cake with two layers.

Anne Frank’s greatest gift is in the way she avoids self-pity.

One is casual, the day-to-day, and doesn’t offer much food for thought. The second is both internal and intimate, and as such requires more careful examination.

Frank spent from 1942 to 1944 in isolation, cut off from any normal coming of age, the Netherlands occupied by Nazi troops.

Her greatest gift is in the way she avoids self-pity, and in many ways doesn’t allow the war to weigh on readers. Her entries are about her life, her experiences, her hopes, and her not-always-secret love. And not just her love for Peter Van Daan, the handsome son of the other couple in hiding. Her affection spills into the words she writes, and into her audience.

How then, amid all this kindness, does Frank’s isolation enter the equation?

She transcends all around her because she continues to seek and to find this remaining beauty.

Hers is not the voice of a girl trapped by the walls of an abandoned office building. It is not that of a girl confined.

The voice I heard – and still hear – is not labored. It belongs to someone who will not be broken. Hers is the voice of truth, and that voice cannot be confined. Nor can its spirit.

“It’s really a wonder,” she writes at one point, “that I haven’t dropped all my ideals, because they seem so absurd and impossible to carry out. Yet I keep them, because in spite of everything, I still believe that people are really good at heart.”

This girl not much older than I am now, who never lived to see the world after the war, has a subtle power. So great a power, in fact that nearly eight decades after she put pen to paper, no walls anywhere are thick enough to hem in her hope.