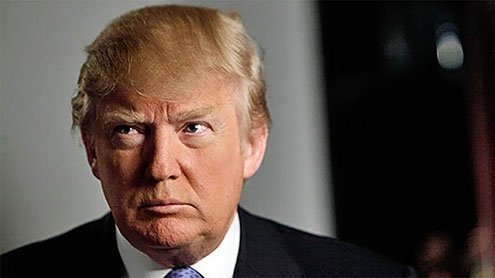 Riches and wealth have a way of keeping adolescence alive for a lifetime.
I

f you’ve ever known an extravagantly powerful self-made man — and I have — you soon learn that what most rankles such a man is criticism. He thrives on controlling all situations. He craves eliciting and sustaining the awe of those around him. It is not a like. It is not an enjoyment. It is a true craving.

His need for control resents resistance and perceives dissent as a personal attack. Fear of embarrassment and the insecurity it provokes leads him to surround himself with exorbitantly paid lackeys who shower him with admiring deference or absorb his righteous indignation.

He depends on affection and praise, which proudly inspire him to help the needy on a whim, playing charitable God against a hostile world and reaping further adulation as a result.

The banter he knows best is a rough mix of parry and thrust that exists as foreplay to negotiation. Being knowledgeable or intellectually keen matters less than knowing how to affect patience or intransigence and shift between the two effortlessly. This means he must be at the center of all the action, which he is. He can then shift between bullying and placating.

This regimented cocoon puts him at ease. Inside it, he can be stubborn or compassionate while remaining in charge, since his presence and views are what matter most and must eventually set the tone for all that follows.

No wrong remains a wrong if he determines it’s a right. He construes suiting himself as serving the needs of others or working toward the greater good. He believes absolutely in fictions of his own making, enlisting family to do the same.

Yet by surrounding himself with yes-men his threshold for not getting his way remains low. He can be swiftly vindictive, with tantrums always at the ready. His view of all interaction is fundamentally pre-adolescent. But once an act is embossed with the seal of material success — billions earned, companies forged, buildings built — the accomplishment is imbued with irrefutable morality.

He imagines his life as a constant series of transactions in which taking the initiative or the offensive matters above else, since competitors and predatory enemies lurk everywhere. Enemies (as distinguished from competitors) take the form of anyone or any organization that doubts his nobility. Such doubters are portrayed as opportunistic plotters attached to schemes specifically designed to spurn or discredit him. Seeing disavowals as an affront, he responds with almost limitless venom.

In his mind’s eye, only two kinds people appear: the loyal and the disloyal. Made insecure by the latter, he will work to get even and assert his masculinity in ways that approach caricature. Begged to calm down, he will instead trust the fierce (if not irrational) instincts he believes brought him his wealth and status.

At the same time, and ironically, he can be easily wounded, since — almost naïvely — he’s lived largely shielded life. Criticism, to him, is part of a defect in the minds of others. This can make him think the world has gone mad.

Politics, particularly presidential politics, has little in common with the underground gamesmanship he’s mastered over the decades. Public scrutiny, never mind public opinion, is yet another anathema., since keeping secrets has long played a key role in both his work and play.

The gap between what he knows and what others know, or what he thinks they should know, needs maintaining, not narrowing, or so he believes. Too much sharing can compromise business dealings and invite vulnerability.

Attach my premises to a presidential candidate and you get not Richard Nixon but Donald Trump. His behavior, whether seen as outspoken or reckless, is that of self-involved tycoon who finds himself uncomfortably inserted into a too-public arena he hates but must abide for now. It is an arena rife with disloyal plotters, whether the Muslim parents of a dead American soldier or the ungrateful members of his own party who have chosen to repudiate him (let them do so; damn them all).

Put a driven but still easily ruffled mogul into a saloon where people berate him, his first instinct is to clear the room and buy the saloon. But he can’t. He must instead suffer the bile, which only hurts and enrages him further.

He does not hear his own insults, or what others take to be his insults, nor the hateful chants of some supporters. He prefers to mock enemies and reiterate his lifelong commitment to sincerity, which to him is a commitment to the needs of his own personality.

If in doubt, he can tell himself that millions love him. His acolytes do. They also tell him he should be appreciated and respected for his accomplishments.

When he speaks of building a wall against illegal immigrants he doesn’t think of its symbolism so much as literally foreseeing the bold construction of the great wall itself, empire style.

He is true to himself in ways he thinks transcend “ugly” politics. His vision lords over that of implicitly fraudulent public officials who lack his grit and have no understanding of true people, the kinds he has employed by the thousands.

Two decades ago I found myself in a helicopter with the multi-billionaire construction magnate and Olympic chieftain who employed me at the time. We were cruising over the Italian Piedmont, near Turin, when he suddenly demanded that the pilot break the flight plan and bank over valleys dotted with small cities and factories. “You see all that down there,” he shouted above the din. “I built all that. That’s where I come from. That’s what I did. That’s what I made. No one can tell me a thing.” And no one ever did.