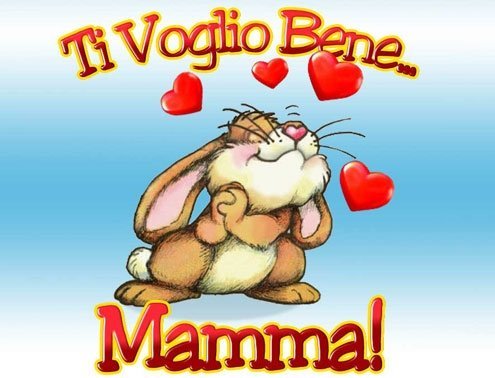 We did not make her day. We made her year.
I

don’t throw myself grand birthday parties. I’m not big on turkey. And I think that Christmas is way too much work (I grew up in a house with <>seven Christmas tree people). In short, I am not big on holidays. But… since becoming a mother two years ago I have wanted to celebrate Mother’s Day.

Let me say first that Marco and I do not exchange gifts on holidays. This stems from the multi-colored, horizontally-striped-sweater-and-birthday-necklace-with-a-punctuation-mark incident. I won’t elaborate. Let’s just say that I never quite appreciated these baubles and Marco’s ego was a bit bruised. Thus, we are a gift-free household.

So when I made a bid for having Mother’s Day acknowledged as an actual holiday, it was a big deal for me. I wasn’t talking extravagant gifts and a catered gig. I just wanted a simple card and maybe a nice gesture. As the day approached, I asked Marco what he thought his mother would like.

“Maybe we could bring her some of your shirts to iron? You think she’d like that?” I said being sarcastic.

“For her it’s a pleasure,” he didn’t even look up from his on-line newspaper reading.

Knowing he wasn’t planning anything for any of the mothers in his life, I was a tad perturbed. Mother f*@# er.

The day arrived and I woke as usual, with my son. I made his breakfast. One egg over medium and a slice of toast. I made coffee and steamed the milk. I let Marco sleep in until 9:30 a.m. and then I woke him with coffee next to his bed (just like his Mommy used to do).

He was so thankful and chipper. After twenty minutes I asked him, “Do you know what day it is?”

“Sunday.” He said with a big grin.

He had forgotten my “holiday” request.

“So you don’t have anything for me?” I asked.

“You don’t have anything for her either!” I was sure.

“Ma in Italia we don’t do the big celebration for this day.” He loved to play the “cultural difference” card.

I was miffed but decided to take my Mother’s Day bull by the horns. In a passive-aggressive attempt to punish Marco, I announced, “We are going to IKEA.”

“On Sunday? Are you crase-ee?” His eyes bugged out his big bald head.

“I am six-and-half months pregnant, so, yes, I am crazy, and we are going.”

I had sworn off IKEA in the United States. But in Italy, whenever I felt homesick, nothing made me feel more connected to American culture than a trip to the Swedish superstore just to browse through the same mercantile maze I could find in Paramus, New Jersey. Besides, I was craving one of their vile hot dogs.

We piled in to the Volvo — Me, Marco and Oedipus. We perused the isles, got what we needed (and some of what we didn’t) and made it out of there by 11:15.

As I buckled my seat belt in the covered parking garage I ordered Marco to call his mother and see if she was home. It was a ridiculous request: She is always home. This day was no different.

“Now, we are going to stop by and surprise her with flowers for Mother’s Day.” I instructed. “We will stay for five minutes and we will go home for lunch.”

“Why?” I seethed. “Why? Because she is your mother and she worships you. She thinks you and your son are like Jesus Christ on Ritz crackers. And we are going to drive 15 minutes out of our way to make her day and that is that.”

Marco had no ground to stand on.

We arrived at my son’s grandmother’s house a little before noon. She was shocked and asked us what we were doing there. “The baby wanted to give his nonna flowers,” I said in Italian.

We did not make her day. We made her year. She called her two other children while we were standing there to tell them what a peach of son she had. “Marco e sempre troppo buono.” Marco has always been too good to me.

Yeah, that Marco is something else.

Before she even made it off the phone she was shoveling lasagna and eggplant at us. When we polished that off, she had prepared a chicken and potatoes. Then she offered us fresh strawberries and made us a care package for dinner so I wouldn’t have to cook. Now that’s what I call one helluva mother. What she would have done if she hadn’t expected us, I can only imagine.

An hour later, we drove off. Marco reached out for my hand and kissed it.

“Tank YOU,” he said, and he really meant it.

His mother will never know that he isn’t always “troppo buono.” And that’s all alright. She shouldn’t know. I was happy to force the celebration because it was the right thing to do and because one day, I will be a sixty-something mother with two grown men for children.

And those suckers better celebrate me every May — because I will have earned it.