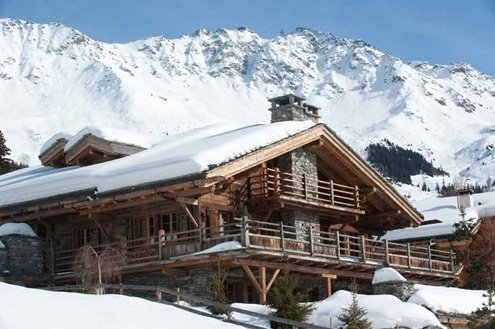 eeing the young bike rider pedal by my office window in Rome was a good sign. The unseasonably cold air would keep most cyclists off their wheels, so I expected my office visitor to be a hearty soul. A few moments later in walked a young wind-burned woman. Smiling, she introduced herself as Lilly and said she was an American citizen living in Rome. She explained she’d received a wonderful Christmas present from her uncle Max — not a new bike but a ski chalet in the French Alps. She wanted to know if she had to report the gift to the IRS.

Pull up a chair, I told her.

All U.S. citizens are required to report gifts received from non-U.S. citizens when the gift value exceeds $100,000.

She added that her uncle had once held American citizenship but had expatriated the year before, giving up his U.S. passport at the U.S. Consulate in Paris, where he lives.

My heart tripped into an abyss. Popping bubbles, especially ones filled with innocent dreams such as Lilly’s, is territory any lawyer or tax advisor prefers not to enter. But sometimes it’s unavoidable. I told Lilly she needed to know some laws, and began.

Her uncle had every right to give up his U.S. citizenship. But “punishment” comes with it, since those who give it up also avoid being hit with gift taxes on all gifts they might make post-expatriation, as well as any eventual estate tax on worldwide assets upon death, a tax applicable to the estates of all American citizens.

As a result, Congress thinks it appropriate that the recipient of a gift or bequest from an expatriate be subject to a tax similar to the one the expatriate avoided by surrendering citizenship.

Tears were welling up in Lilly’s eyes. “You mean me, don’t you?” she asked, holding back a sob.

Yes, I told her. But I also told her to hold on, there was more.

The law doesn’t affect all expatriates, I continued, but rather those in a rarified class called “covered expatriates.” These were individuals who, at the time of their expatriation fit into one of three categories: had an average annual net income tax liability greater than $124,000 for the previous five years, or a net worth of at least $2 million, or — importantly — had failed to certify under penalty of perjury that they had complied with all U.S. tax obligations over the five preceding years.

“My uncle Max is pretty well off,” Lilly said. “He was president of a successful biotech company. So where does that leave me?”

Transfers from covered expatriates, I continued, were known as “covered gifts” and “covered bequests,” and the recipient of such gifts or bequests must pay a tax equal to the highest gift or estate tax rate in effect at the time multiplied by the value of the property.

Forty percent, I told her.

She turned away, grief-stricken, but I insisted she couldn’t know the answer until she got the full picture.

First, she needed to know if her uncle was in fact considered a “covered expatriate.” Second, if he’d filed a U.S. gift tax return to report the gift of the chalet to Lilly, and finally, if any tax was due, had he paid it?

If he’d filed and paid, I told her, she was off the tax hook and needed only to report the receipt of the gift. I suggested she call her uncle immediately and slid the phone her way.

No, I thought to myself, her uncle was family. He wouldn’t want Lilly in doubt about such a weighty matter. I urged her to call him immediately.

She did, playing it straight. “Uncle Max, it’s me, Lilly. I’m here with my attorney in Rome. I’m sorry to ask you this but he says I need to check with you to see if you’re going to file a U.S. gift tax return on the chalet.”

As she listened, her face brightened as if the sun had suddenly entered the room. She thanked him, finished the chat, and started to laugh. Her uncle had complied. “He told me he knows all about the crazy U.S. laws. He just wanted to know when I was coming up to ski.”

Afterwards, the elated Lilly was also a raging Lilly. “These laws are absurd!” she said. “How am I supposed to know my uncle’s stupid tax status, and why should I have to ask him about it. He gave me a Christmas gift!”

I couldn’t argue with her outrage, but the fact remains that the U.S. Congress seeks to punish those who give up citizenship. The ironic result is that more and more people are doing just that.

“What if my uncle hadn’t paid the gift tax,” she said, “I would have needed to sell the chalet to pay it!”