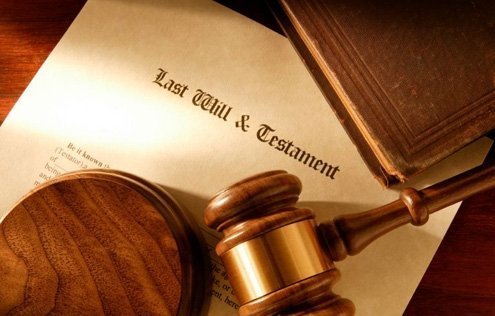 It may be time for U.S. citizens living in Europe to revisit their wills.
I

was sitting in a Treviso hotel lounge when an elegant Italian lady sat down at the bar clutching some documents. The bartender came over and asked her what she wanted. “A triple scotch,” she said, “one for my American boyfriend, one for his riches, and one for my woes.” As it turned out, in the paper bundle were two wills.

“Why the woes?” asked the bartender. “My boyfriend’s dead and his wills are useless,” she replied. “I’ve lost our home in Italy!”

“So why are you drinking to his riches?” asked the bartender.

“Because he gave me those before he died.”

Not everyone can be so well provided for. Since new European Union laws took effect — EU Succession Regulation no. 650/2012 became law on Aug. 17, 2015 — anyone living in a EU country or with assets located would be wise to look into what the legislation means.

I started chatting with the woman, whose name was Miranda. I learned that her late boyfriend, James, was an American artist who had lived in Italy for 30 years and had two Italian children from a previous marriage. He’d had no patience for “the administration of life” in general and any form of paperwork in particular.

James was a beneficiary of several U.S. trusts and had a large one of his own in New York that benefited Miranda after his death. So, while she was set for life financially, the assets that James did not have in trusts — an investment account in Milan and his home in Treviso — were subject either to his will or, if he didn’t have one, to the succession laws that governed to his estate; in this case Italian laws.

Before the new EU regulation took effect, Italy’s Private International Law, which deals with conflicts of law issues, specified that a deceased person’s national law extended to the governing of their estate.

If an American owned assets in Italy, U.S. state law was primary, regardless of residency. A proviso existed allowing the individual the option, in a will, of choosing to apply the law of the country where they were resident at the time it was signed, so long as the person still resided in that country at the time of their death.

But the EU Regulation flipped that process. Now, the law applied to estates located in the EU is that of the country of the deceased’s “habitual residence” at the time of death, unless the dead person was “manifestly” more closely associated with another state or their will specifically states that they wanted their own national laws to apply.

Miranda knocked back a good part of her drink. Understanding the new EU process made it clearer how James’ estate planning went off the rails.

His first will had been handwritten (a so-called holographic will), legal under Italian law. But the opening text of his second will, a U.S. one, stated that it “revoked all prior wills.” So much for the Italian will.

The second will was executed after the new EU law took effect. It, too, was legal, and gave Miranda the investment account and the house in Italy. The problem was that while James could give those assets in their entirety to Miranda under U.S. law, the will didn’t specify that U.S. law should govern his will, and so, being “habitually resident” in Italy, Italian laws applied to his estate.

Since Italian succession law does not recognize the rights of a non-married individual, Miranda had no standing to claim a share of the investment account or the home. Instead, those went to James’ two Italian children who were recognized as legittimi, with rights of forced heirship (a legal concept that confers rights to blood relatives and surviving spouses).

It’s easy to get confused in this area of the law, I told her. I pointed out that the UK, Ireland and Denmark, all member countries of the EU, had opted out of the 2015 EU changes, further complicating matters. In addition, how does one define “habitually resident”? What does it really mean?

If the new rules seemed vexing if not perplexing, on the plus side was an effort to finally create a more level playing field for estate administration among EU countries, at least among those who signed.

James’ story is a cautionary tale. It should make those with assets in the EU review their estate planning while taking into account personal and legal variables. I told Miranda she wouldn’t have faced a problem had James possessed one will that specified the application of U.S. state law to his entire estate.

“Maybe,” said Miranda, getting up to leave. “All I know is that two wills weren’t enough.”