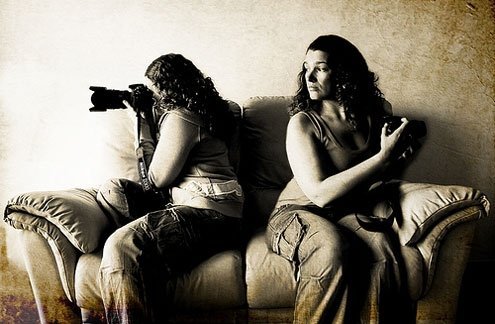 Envy is a strange blend of self-righteousness and anger.
A

few days ago I heard my niece Meredith was pregnant with her first child. She was ecstatic. Getting the news also made me very emotional. It just wasn’t the emotion I was expecting.

Meredith married last spring. She beamed at her wedding. A few months later, she and her husband bought a house not far from where she grew up. Now she was pregnant. She was experiencing a young woman’s trifecta. When I sent her congratulations she responded as I expected.

Envy is an uncomfortable feeling. There’s a reason it’s among the deadly sins. It is a strange blend of self-righteousness and anger. It contains the inner contradiction of wishing ill toward the person envied, then feeling guilty about it. It is several feelings in one, and I had all the signs.

I never wanted the married-with-children scenario. But it didn’t seem reasonable for anyone to be as happy as Meredith. The way she radiated it was too much. But as her aunt, surely I should feel proud of her milestones, rejoice in her happiness. It was completely irrational. I decided to see if anyone else in the family felt the same. I called my cousin Tilly.

“Tilly, did you hear Meredith’s news?”

“About her being pregnant? Yea, I heard.”

“Yes, she really wants to have kids and she’s not wasting any time.”

“How do you feel about it?” I fished.

“I suppose I’m happy for her. She’ll be close to her mom so she can help out. And they are really into family so it’s a big deal for them. Good for her.”

Though I agreed, I felt disappointed. I heard nothing of what I was strangely craving.

“What, start a family at 23? Don’t think so. And certainly I’d never buy a house down the street from my parents. But hey, she’s not me.”

“I suppose you’re right,” I said. “I just wanted to make sure you heard.” I hung up unsatisfied.

It wasn’t until later, tossing in my sleep, that I deciphered the riddle of my feelings.

My envy wasn’t about what was happening to Meredith, but how it was happening. Her life appeared to be falling into place without a hitch. It was a Hallmark card, a Disney movie. It was too perfect.

Nearly everyone I knew, including myself, had taken an unconventional road. We left home as soon as possible. The world was big and we wanted to experience it. We traveled, lived in different cities, studied various subjects and tried different jobs. We had boyfriends, but we didn’t marry. We just lived together until we were bored or couldn’t stand each other. We lived alone and learned who we were, and sometimes simply who we weren’t. We went out into the world and stumbled along. None of it was easy. None of it fell into place.

It was very different from Meredith. Surely life is easier when you chose a well-worn path. Perhaps mine would have been. But then, it wouldn’t have been my life.

When my mother called to talk about Meredith, she didn’t miss a beat.

“You’ve done enough traveling and moving about. It’s about time you get married and settle down. It’s just going to happen later for you.” She spoke with motherly determination but there was something else was in her voice that I recognized.

My mother was envious too. I felt strangely satisfied. We shared the same emotion but for different reasons.

For her it was what was happening. And for me, it was still for how.