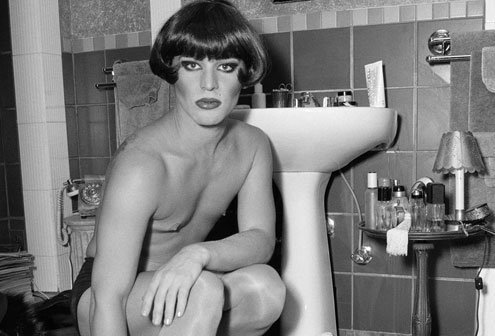 Whatever their labels, families and tribes can protect us.
O

ne Sunday last month, my partner Alberto and I went on a hiking and biking day trip to Lago D’Iseo with Gruppo Scig, an Italian gay and lesbian outdoors organization. You may know about Lago D’Iseo from Andrea Smith’s column. It’s among the smaller lakes in northern Italy, not Como, where George Clooney lives, but still splendid.

The group included 15 men and four women. We met by the shore and took the ferry to the mountain island at the center of the lake. After a 90-minute bike ride around the island we gathered at a restaurant for a lunch of lake fish and fresh water crayfish. Most of the faces were unfamiliar to us, which is why we’d gone in the first place, to meet new people.

Over lunch, I chatted with a rower. He talked about his training while I concentrated on his biceps. Alberto made friends with a women seated next to him. Sometime between the risotto and the fish, she explained she was heterosexual, not lesbian, a divorced mother with a grown child. Neither Alberto nor I were particularly surprised. Straight women are common at gay gatherings of this kind.

But we do always enjoy the touch of irony when a straight person feels compelled to declare their sexuality is different from the group norm. Why, we wonder, would a heterosexual woman choose to spend the day with “the untouchable cast” when it would surely be simpler and more beneficial to join one of the many more privileged heterosexual “tribes.”

Alberto’s new friend answered the question. She enjoyed joining in with gay outdoors groups because she liked men but not sexual attention. That made us a “comfortable” alternative. In Italy phrases like “I haven’t found a husband yet,” or “I’m divorced” are often still spoken with head bowed and a slight tone of shame.

All this made me think a recent chat I had with my old friend Debra in Toronto. She never married, has lived almost of her adult life in the city’s gay village, and most of her friends are gay. She mentioned that her stepmother, a psychologist, had begun telling people she was lesbian. I’ve known Debra for more than two decades. As far as I know, she’s never been in love with nor had sex with another woman, which actually is the main criteria for being a lesbian, not your home address or who your friends are. Debra enjoys the company of men, albeit mostly gay men. She’s hardly unique. Many straight women choose to live with and amongst us. In their own way, they are, like Debra, members of our “tribe.”

Divorced, unmarried, and childless women often have a hard time fitting into, or even being welcomed by, traditionally heterosexual tribes. The words “spinster” can come up, so can the phrase “husband stealer.” As an alternative to being regarded as pathetic or suspect, it’s no surprise that a woman might look to enrich her social life elsewhere.

In our tribe no one will make her wear a scarlet letter on her forehead for having a sex life. And staying out half the night dancing and drinking in the company of men only produces good next-day conversation. By living within the gay community a straight woman obviously lowers her chances of sleeping with a man. She may even choose to remove herself from the dating scene altogether, favoring emotional intimacy with men over sexual contact.

But the truth is that solitude and loneliness are all they’re reported to be, and as we get older they only become more frightening. In the company of gay men, who are often separated from their own families and also fear loneliness, many women seem to have found a way to chase away the specter of solitude.

Gay or straight, we are social animals and inscribed in our evolution is a need for others. Whatever their labels, families and tribes protect us and — to paraphrase The Rolling Stones — while they may not always give us all that we want, they can give us a great deal of what we need.