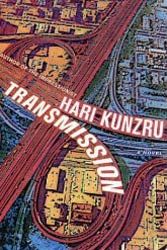 The words this novel suggests are “zany” or “screwball.” That’s not because Kunzru (author of “The Impressionist”) has lost the plot. On the contrary, he’s in the driver’s seat. It’s the ingredients that are delightfully random.

An Indian computer geek named Arjun Mehta desperate to make an impact on the world after finding himself adrift in a dead-end Silicon Valley job does so with a virus involving Bollywood star Leela Zahir. Mehta’s madness rams up against Guy Swift, a London marketing executive whose material world (snarky girlfriend Gabriella included) is coming undone because he impresses neither Gabriella nor himself. Gabriella, in turn, is a publicist attending to Leela who is shooting a movie in Scotland.

Email and the Internet makes these connections uncommonly real. It’s as if Kunzru had resurrected the political domino effect for literature: one email launches a thousand ships, and corrupts pieces of all of them. This is a very clever bit of Web cynicism with an entertaining dose of human insight.