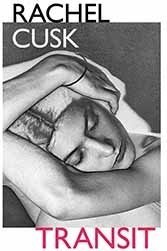 The sponge-like narrator of “Transit” has appeared before, in “Outline,” with a third book set to complete trilogy. In “Outline,” Cusk’s writer protagonist tangled with a fleet of lost souls and eccentrics in Greece, where she’d traveled to get away from a marital breakdown. Now she’s back in London (a city that offers “a sort of lexicon of human behavior…”) where she’s decided to refurbish a money pit while attending to the lives of her two sons (never focused on) and observing a new parade of characters, including estate agents, builders, suitors, other writers, students, women in crises, truculent neighbors and homesick immigrants.

Cusk’s is not a particularly sympathetic writer. Comfortably wedged in the emotionally neutral role of observer, her single-mother narrator is most interested in what makes those who rotate around her tick, even if that means dwelling on doubt and personal wreckage — since both represent the underlying “truth” of 21st-century life. All seek freedom but none attain it, let alone fathom what it might mean to have.

According to the narrator, “A major transit was due to occur shortly in my sky,” but that’s just a ruse, or irony, since the prediction comes from an online astrologer. The real sky is London dim. Early on, an ex-boyfriend refers to “faux-humans.” A contented couple he sees as having reached “the completeness of their oblivion.” Everything around him “is already an imitation of itself.” Then there’s cheering narrator’s “new” garden, filthy and animal-ridden. If the pigeons seem “malevolent,” they’re at least better than her new neighbor, who possesses (and demonstrates) “an unmistakable core of violence.” Not to be denied, garrulous hairdresser Dale says “freedom is overrated” and insists the fake is “more real than the real.” Amid a “grim, grey landscape,” two writers at a rain-marred festival, Julius and Louis, hover between bleak funny and outright melancholy (Louis ponders “the inherently traumatic nature of living itself.”) A gay youth named Olive tells the narrator that nowhere on his travels through Europe did he find “the intact civilization he had imagined but instead a ragged collection of confused people adrift in an unfamiliar place.”

And so it goes. Comic relief, such as it is, issues from a duo of workers, a self-assured Albanian and a homesick Pole. Both speak happily chaotic English and briefly help pry the book away from its clockwork direness.

Cusk’s strength is the devoutness of her listening. Her considered reading of people and moods can detonate luminous bolts of emotional intelligence. But the underbelly of that same gift is a focus on characters who indulge a mournful if not whiny kind of self-awareness, a trait Cusk takes to compulsively, one in which the word disappointment prevails over all else.