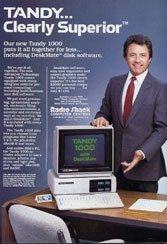 e went wireless up in the Umbrian hills this week. Now I can hook up from just about any of the rooms in our remote place in the country and get an instant Wi-Fi connection. How times have changed. It seems like only yesterday that I was traipsing up to use the only telephone in the village, which was housed in the back of the local shop.

If I was filing a story for a newspaper in Australia I had to get up there first thing in the morning, before the copy takers clocked off in Sydney. Then I had to wait ages for the reverse charge call to go through, before painfully dictating my article over the often-fuzzy phone line.

Canzio, the delightful but ever cautious shopkeeper, never could quite understand how I managed to stay on the phone all that time, without paying a cent. “Are you sure I’m not going to get a huge bill for this?” he would ask me doubtfully, eyeing the meter carefully and trying to work out why it never moved a jot. “I have a sister in Adelaide, and when I call her at Christmas it costs me a fortune.”

In the end, the whole business would take the best part of a morning as Canzio would always insist I have a glass of Viparo, the vile local herb liqueur, and venture into the shop itself to inspect his wares, which invariably consisted of a chunk of mortadella, a tired looking salame, a few candles for the cemetery and several loaves of hard saltless Umbrian bread.

Progress came some time afterwards when I became the proud owner of a Tandy, an antediluvian version of the laptop. Its memory was so small that it could only hold one article at a time, so you had to wipe the first one off before you could write another. But although it cost me more than a month’s salary, it seemed like the answer to all my problems — until I took it up to Canzio’s to transmit my first piece down the line.

As I walked in, he eyed the contraption suspiciously, so I closed the door to the hot and stuffy cubicle, sweat pouring down my face as I desperately tried to ram the handset into the acoustic coupler that came with the kit. In those pioneering days, getting a connection was more miss than hit and it took a good hour before my story was winging its way down the line.

Canzio, who had been hovering outside the door, was mystified. “What have you been doing all this time?” he said. “I didn’t hear you speaking.” It was impossible to explain, so I gulped down my glass of Viparo and went with him into the shop to buy some bread and salame that I would never eat.

After that first episode, I got wise and would hold imaginary conversations out loud as I grappled with the coupler. As always, Canzio would be fidgeting outside, until at last the signal would show that transmission had gone through and I would emerge red-faced but triumphant.

Then, one day the national phone company arrived to link the village up to the outside world. Everyone would have their own line, we were told, though we would have to wait at home all week for the engineers. My turn finally came, and amid much cursing, the crew managed to drill through the thick stone walls and lay the lines. Before the day was out I was the owner of a standard grey SIP rotary telephone, the sort that are now making a comeback as a retro fashion item. I phoned friends and relatives to celebrate. No more schlepping up the road with the Tandy.

It wasn’t all plain sailing. Every now and then a storm would break and put the phone line out of action for a few days. I’ve lost count of how many modems and faxes that I have had fried down the years. As time went on of course, the Tandy gave way to a real computer, which hooked straight into a jack in the wall.

But until last week, you still had to dial up to get a connection. And the transmission rate was so slow that I dreaded trying to check my emails, lest someone had sent me a photograph, which would take the best part of the morning to download.

Canzio, alas, is long gone, and with him the small shop he struggled to keep going. Once people had their own phones, there was no need to go to his place. But I still have my Tandy. My children think it’s hilarious. And just occasionally, when nostalgia overwhelms me, I have been known to reach out for a glass of Viparo.