Toward a new vision of Europe 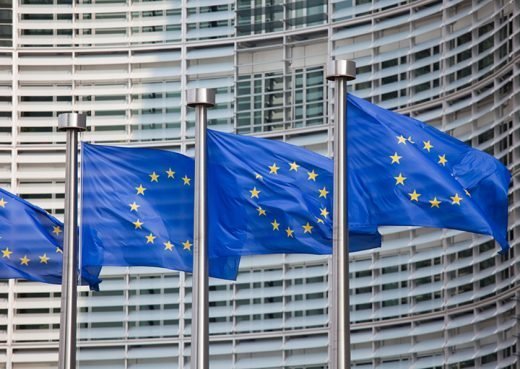 Though the U.S. is paying more attention to Europe, it often fails to recognize the European Union's shortcomings in economic matters.
F

or a brief moment in American history, Europe seemed like a backwater. In 2003, after traditional allies Germany and France both showed themselves unwilling to support the U.S. invasion of Iraq, then-Defense Secretary Donald Rumsfeld referred to Western Europe as “old Europe,” suggesting an overall decline in its importance to Washington. A few years later, the Obama administration’s so-called “pivot to Asia,” driven by China’s ascent, suggested the shift away from Europe might be permanent.

But now, under Donald Trump, a president with erratic foreign policy priorities, the debate over Europe’s value, and the importance of longstanding alliances, has reacquired importance.

Defense Secretary James Mattis, a recent Trump casualty, made this clear in his resignation letter. While he acknowledged that the U.S. remained an “indispensable nation” in world affairs, Mattis cautioned against going it alone. “We cannot protect our interests … without maintaining strong alliances and showing respect to those allies.”

In a “Washington Post” op-ed essay, former presidential candidate Mitt Romney, who was recently elected to the Senate, distanced himself from Trump’s solo act. “America is strongest when our arms are linked with other nations, he wrote. “We want a unified and strong Europe, not a disintegrating [European] Union.”

The eurozone crisis predates the Trump era and is likely to outlast it, whatever the outcome of the 2020 U.S. presidential elections.

The right-wing American Enterprise Institute and the left-wing Center for American Progress, both noted think tanks, recently collaborated on a project whose aim was to “Defend Democracy and the Transatlantic Partnership.”

American leaders are growing increasingly sensitive to the reality that Washington is not alone in the world, and that Europe is likely to remain Washington’s most important partner going forward.

But when it comes to Europe, Romney and others may be missing the bigger picture.

So far, the renewed interest in transatlantic collaboration has been largely narrowly focused, with critics assailing Trump-era shortcomings such as the U.S. pulling out of the Iran nuclear deal (the EU did not) and the imposition of tariffs on certain European products. Think tanks have also noted the rise of illiberalism in Hungary and increasing tensions with Russia.

Mattis, in his resignation letter, underscored the importance of NATO, which Trump has repeatedly criticized.

But what this set of European policy priorities doesn’t recognize is the extent to which the European Union, as a political entity, is embroiled in a far deeper crisis of identity and confidence.

In recent years, the EU has proved repeatedly unable to deal with the ongoing economic woes facing many of its member states, producing the kind of skepticism that led to the 2016 Brexit vote.

Brussels’ stifling of economic alternatives in the name of unity has enabled crises to recur, most recently in Italy, over that country’s budget deficit, and in France, where the gilet jaunes protests, sparked by a fuel tax rise, persist. This cycle, in turn, feeds anti-EU parties such as the Italian Lega Nord, now a government partner.

From ousted James Mattis, a warning: “We cannot protect our interests … without maintaining strong alliances and showing respect to those allies.”

Though politicians like Romney may call for a U.S. role in preventing EU disintegration, the U.S. isn’t particularly well-equipped to deal with such a problem. The American foreign policy establishment has long ignored the nexus between domestic and foreign affairs. “How is it,” asks former State Department official Jennifer Harris provocatively, “that the domestic economic agenda of the Obama administration could be so different in its values and priorities from President George W. Bush’s — so much more focused on the needs of working people — while its international economic agenda was nearly identical?”

The correct reply, as argued by Jake Sullivan, the former national security advisor to Vice President Joseph Biden, “is that both political parties came to treat international economic issues as somehow separate from everything else,” at least in terms of middle class values.

In all likelihood, a cogent American policy toward Europe will require not just an end to the Trump presidency but a change in mindset. Fortunately, there are signals that this may be occurring. The left has been especially forward-thinking. Presidential hopefuls Bernie Sanders and Elizabeth Warren have both put economic matters at the center of their foreign policy, and have drawn a clear connection between their domestic and international agendas. There are heartening signs on the right as well. The Kleptocracy Initiative at the conservative Hudson Institute has shed light on the deleterious effects that corruption, money laundering, and illicit financial flows have on democracy.

Recognizing how economic and financial issues are central to foreign policy will allow the U.S. to move past its limited stance on Europe. The eurozone crisis predates the Trump era and is likely to outlast it. Helping Brussels and EU member states negotiate an end to the current economics-driven impasse will require a broader set of U.S. tools. A complex task lies ahead, and a simple post-Trump return to the rhetoric of “supporting allies” will no longer help.