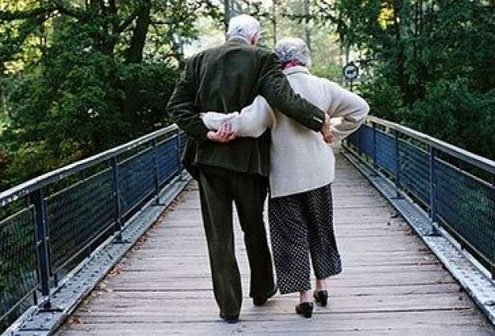 Being a Rome tour guide can introduce you to a novel vision: couples that still care.
I

’ve worked as a tour guide in Rome since last fall. While it’s not something I plan to do forever, I actually like the job, a realization that can make me feel strangely guilty.

Shouldn’t I, at 25, have already dipped my toes into the mysterious pool of graduate education? Shouldn’t I be working a nine-to-five job and own a dress blazer in a neutral color? Tour guide work checks neither box, but a four-hour work day and a generous free lunch do help me let go of my nagging doubts, at least for now. While the job is repetitive by nature (I’ve mastered explaining the history of the Margherita pizza while simultaneously pondering what I intend to have dinner), I often find myself delighted by the tourists I accompany around the city.

For someone terrified of the concept of marriage, being a tour guide has oddly assuaged my doubts, at least a little. I’ve seen couples that have been together for decades yet still vacation together and hold hands throughout the day. They laugh at each other and seem to share tangible interests. Watching them, marriage and commitment lose their abstract side. They’ve also left me with stories.

There was the professional matchmaker, married for a decade, who’d met her husband in college. Yes, he was losing some hair, but he remained handsome, and I tried imagining what he looked like when they first noticed each other over the rim of plastic red cups at a freshman party. “Marry your best friend who you’re also attracted to,” she told me.

I also remember the Israeli couple that said they met in a university class on Romantic poetry. She told me she’d stared at the back of his neck longingly. Then, suddenly, he asked her out to a movie. “My hands have never shaken so badly since then, nor will they ever shake like that again,” she smiled. When the tour reached Keats’ grave (he’s buried in Rome’s Protestant Cemetery), they asked me to take their photograph.

There was Sharon from New York. She and her boyfriend of 15 years, though vacationing together, had different ideas on how to spend the afternoon. “Independence,” she stressed, mascara-ed eyes wide, “is imperative.” They’d met at a salsa dance class when in their late 30s, an age where most if not all of her friends had already settled down. They bonded over a love for Patrick Swayze in “Dirty Dancing.” Never settle for less, she told me, and later, perhaps thinking out loud, “what if I’d signed up for swing dance and not salsa? What if I’d chickened out and not gone at all? What if I hadn’t been leaving the elevator when he came up the stairs?”

A few months ago at the end of a tour, I sat down for a coffee with a widow who traveled to Rome alone. Her husband had died only a few months before. “I’d love to think I’ll see him again, but I don’t believe in religion or God. I wish I did. I hope for his sake, and for my sake, really for everyone, that I’m wrong and it’s all true.” She paid for my coffee and I walked her to the metro. I still think of her often.

I also met a woman who woke her husband up at 3 a.m. and announced they were headed to Rome that night as a surprise birthday gift, a computer scientist who proposed to his wife over a platter of French cheeses, her favorite food, and an opera singer from Utah who fell in love with her Danish husband in Germany.

I’ve met honeymooners and 50th anniversary couples, gay and straight couples, couples with kids and couples who are childless. For the most part, they all seem content. Marriage and commitment seems to suit them, which can make me feel at once terribly hopeful and lonely. I know what I see are fragments, brief glimpses into who they are, or say they are. They could divorce or betray each other tomorrow, the cynic in me says. Sharon could leave her husband for her new salsa instructor. The matchmaker and her husband might grow apart in the next five years, divorce, and hate the sight of each other. “Early days still,” the matchmaker quipped when I applauded them on reaching the 10-year mark. Whatever will be will be, goes the song, but for now it’s a beautiful spring morning in Rome, and today at least they’re happy.