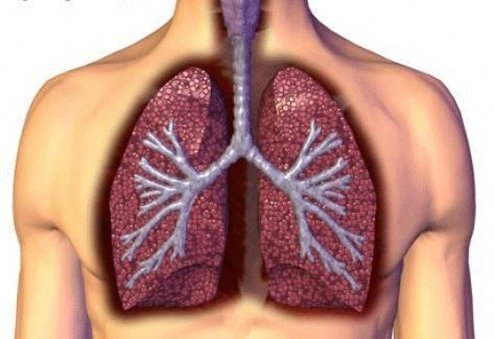 The lungs of a corpse — of "donor" lungs — are squishy.
C

adaver lungs are squishy. Think about the feeling of resistance you get from a soaked sponge when you wring it out. Or the mashing feeling that comes after you step into a deep puddle and soak your shoes and socks. That’s the texture of cadaver lungs. Let me rephrase. Donor lungs.

Our anatomy professor, whom I deeply respect, recently reminded us to call the bodies we were cutting apart “donors” rather than “cadavers.” He said it lent them greater respect. After all, he told us, these were people once, just like you and me.

Just like me. I know that, deep down I know that. There are moments when I truly feel it too. Take the hand dissection lab. My donor’s fingers were clenched tight to her palm, making it nearly impossible to excise the skin to expose the muscles, tendons, and fascia underneath. As one of my classmates delicately worked with a scalpel, I cupped our donor’s hand in mine to hold it in position. My warm, pliable fingers curled around her cold, stiff ones. As I held her hand, I looked down at her left thumb, wrinkled and white. Artifacts of the embalming process, maybe. I thought perhaps that’s what her thumb looked like after a long bath. Because that’s what everyone’s thumb looks like after a long bath. I wondered: Did she like baths?

Most of the time I avoid such thoughts. It has nothing to do with lack of empathy or disinterest. It’s that spending an hour scraping away fatty tissue from a donor’s back or sawing through vertebra to reveal the spinal cord are activities that don’t lend themselves to personalizing the body in front of you. In my experience it’s quite the opposite. As you dismantle a body, it seems to become less and less like a person. It’s not unlike decay. Gradually, our likeness fades away.

I wonder whether my professor’s reminder to use the word “donor” rather than “cadaver” arose because he heard remarks during anatomy lab that he felt were inappropriate or disrespectful. I don’t know what my classmates have said or thought. I do know what I have been thinking (and perhaps avoiding saying aloud, precisely because of propriety). The struggle for me is to put this experience — which is unlike anything I have ever experienced — into the context of my life. I have to make sense of it somehow, to explain it to myself. As someone who is just learning the language of anatomy, the descriptions of what I see that sometimes come to mind are not precise anatomical references but references to things I do understand. Colors I understand, objects I understand, actions I understand. I’m not trying to be disrespectful. I’m trying to make sense of the fact that there is a dead person on a steel table in front of me, and we have just ripped out her lungs.

Yes, it’s about making sense of this surreal experience. It’s also about carefully choosing my level of connection with it. When I wondered whether our donor liked baths, it scared me. I felt closer to her in that moment than was comfortable. I realized it would be impossible to go through every anatomy lab thinking about this donor — this woman — as a living, breathing person. That would be too traumatic. So I learned to distance myself, I hope without becoming apathetic. I think that’s why students might be tempted to make remarks some would deem inappropriate. It’s not triggered by disrespect. It’s a means to distract yourself from this unknown but once-living person before you, and their unknown death.

Before I started medical school, I thought that when I eventually died, I might want to donate my body to science. More specifically, to a medical school for education purposes — for students to dissect, just as I’m doing now. I’m not sure how I feel about that anymore. Would I want some stranger pulling my lungs out of my thoracic cavity and call them “squishy”? To peer into the deepest recesses of my body, places no doctor or lover has ever been? I don’t know. I do think that to do that, you must believe in something much greater than yourself. You must perhaps believe in the ability of a group of students, many barely out of college, to learn about the intricacies of their own lives as a result of your own death.